Jennifer Keesmaat: Mid-sized cities hold the key to economic growth and quality of life in Canada, and they've taken too long to realize it 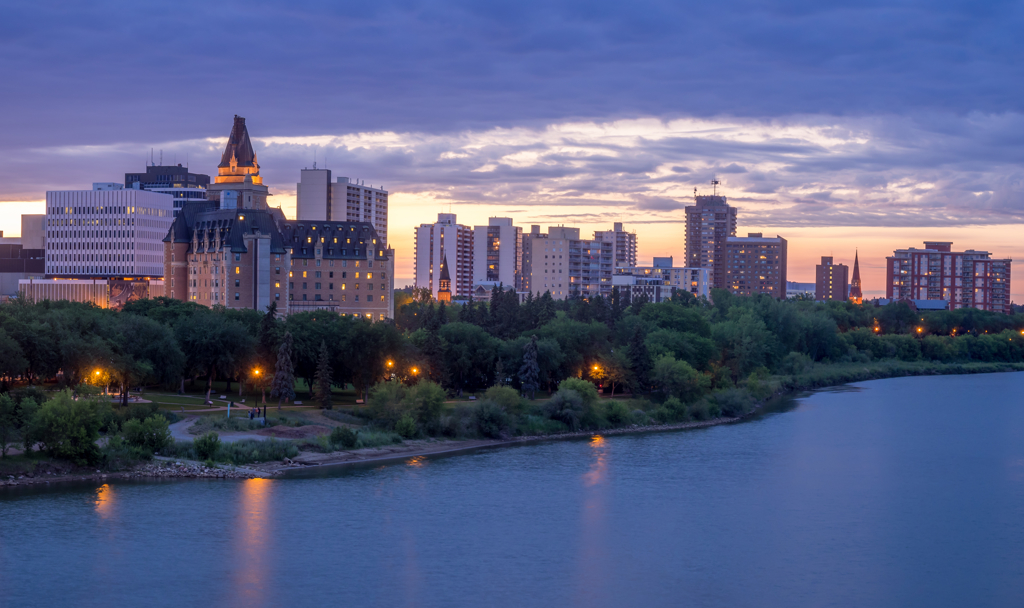 Could some hard policy decisions bring a new dawn to Saskatoon? (Jeff Whyte/Shutterstock)

It’s a story well told today: along with a penchant for avocado toast, millennials prefer living in large cities where they can walk to work. Sure, they trade higher housing costs and less private space for the perks of urban living but—as the condo booms in Vancouver and Toronto demonstrate—it’s a deal many are willing to make. Take downtown Toronto: it encompasses just 17 of the city’s 613 square kilometres, yet is home to 275,000 people, and is growing four times faster than the city as a whole. Over 75 per cent of these people walk, cycle or take transit to their jobs, which generate 53 per cent of the city’s export-based GDP. There is both an economic and a quality-of-life value to having people in close proximity.

The costs, alas, put this way of life out of reach of a lot of Canadians—especially young adults. Many of these urban wannabes are shuffled off to the suburbs, consigned to a long commute by transit or car though they long to be close to a big city for work, school or culture.

What if there were another way? What if the answer to their conundrum lay outside the epicentres of Vancouver, Toronto and Montreal—in the untapped potential of cities like Saskatoon, London, Ont., or Halifax? How might they look and feel?

Portland, Ore., holds a clue. It has been consistently and diligently executing a plan that, for more than 40 years, rejected sprawl, and instead linked land use with transportation planning, economic development, green spaces and strong neighbourhoods. It’s been more resilient than most American cities, priding itself on a startup culture that includes everything from microbreweries to green-tech companies—industries that ensured it rebounded better than pretty much any city since the Great Recession.

Remarkably for a mid-sized city of only 640,000, it has an integrated public transit system that includes a network of LRT, streetcars, and buses. Despite its wet climate, Portland has long recognized cycling infrastructure as a component of its transportation system. They’ve built everything from so-called “neighbourhood greenways” to cycle tracks and off-road paths. But bike lanes alone didn’t produce this outcome: building a compact city made transit and cycling real choices for commuting and everyday tasks. With its urban growth boundary, implemented in the 1970s, Portland has focused on bringing uses in close, creating walkable, mixed-use neighbourhoods, and exploiting old industrial areas, such as the Pearl District. Here, residents live cheek-by-jowl with galleries, shops and light industry on small blocks with carefully designed infill buildings or restored warehouses. It’s the kind of neighbourhood that attracts tourists in a big city. Better still, Portland is consistently ranked as one of the most desirable destinations in America for young people to move.

Mid-sized Canadian cities present a new possibility for urban living, too. Reworked and redesigned, rather than struggling to retain and attract young people, they too could be exploited to serve the aspirations of 21st-century living.

But our problem as a nation is our extremes. Our cities with liveable, dense urban centres—Vancouver, Toronto and Montreal—are differentiated by their transit access, housing choices, a plethora of diverse opportunities for living, learning, working and playing. But there are only really three of them. The next option is at the other end of the spectrum: suburban, mid-sized (and sometimes large) Canadian cities, most of which, according to extensive research by David Gordon of Queen’s University, are caught by a combination of expanding suburbs and downtowns that are declining, struggling to launch (Calgary and Mississauga, Ont.), or striving to relaunch (Hamilton, Ont. and Winnipeg). It’s not that these cities are unpleasant places to live—quite the contrary. Rather, they do not yet have the critical masses of people and uses in close proximity to draw new employment and young Canadians.

Consider downtown Halifax. Despite being on the upswing with public investments like the superb new Central Library and private investments like the Queen’s Marque district, it has yet to regain 1950 levels of population density. While existing infrastructure—such as sewers and schools—are under-utilized in the core, new infrastructure for new communities is being built on the region’s edges. It’s an inherently wasteful model that will be a drain on future taxpayers. Hamilton—despite being touted as a hotbed for Torontonians disillusioned with an overheated housing market—has experienced no growth in its urban areas, including in its downtown, over the past five years, according to 2016 census data. While Hamilton has seen gentrification in its core, we should be cautious about celebrating this. It is resulting in the conversion of multi-unit homes into lower-density residences, pushing residents out while lowering density in a city centre that desperately needs more.

To be sure, most mid-sized Canadian cities are finally advancing gutsy, progressive moves that require vision and leadership. Hamilton, Mississauga, and Kitchener-Waterloo, Ont., are adding light-rail transit at the urging of the provincial government. Winnipeg is embracing the difficult task of restoring Portage and Main for pedestrian life, undoing an expensive engineering catastrophe that reroutes pedestrians great distances before they can cross the street. Similarly, after decades of debate, Halifax is removing the Cogswell Interchange—an obsolete highway superstructure that was abandoned in 1970 due to citizen activism to save the city’s Historic Properties, which were built around the time of the war of 1812 and recall the shipping and warehousing prosperity of an earlier time. Mississauga has spent almost a decade redesigning its downtown to “demall” its centre with streets, blocks and public spaces, and has already attracted Sheridan College into its core.

But I fear these initiatives won’t be enough to tip these cities towards a sustainable future. The hard truth is that many mid-sized cities won’t win the future because they are stuck on a suburban growth model. If the future is green and walkable, they will be left behind.

Cities require what land economists call “economies of agglomeration” to survive.  Reaped from urban density, which spreads fixed costs over more homes and businesses, economies of agglomeration lower the per-unit cost of developing park space, infrastructure and transit. In creating its new municipal plan, London, Ont., commissioned a study comparing the financial implications of the status quo against a compact-growth scenario. It found that, over a 50-year period, sprawling growth would require $2.7 billion more in capital costs and $1.7 billion more in operating costs than a compact scenario.

Today, as Pamela Blais chronicles in her book Perverse Cities: Hidden Subsidies, Wonky Policy and Urban Sprawl, many municipalities talk the talk when it comes to seeking sustainable growth, yet create market distortions through flawed policy that continues to facilitate sprawl. Almost every mid-sized Canadian city has recognized in policy documents the importance of a compact, mixed-use, liveable urban centre to its identity, attractiveness, population growth and economic development. And yet our latest census data reveals car-oriented suburban growth is unfettered in mid-sized Canadian cities. The vast majority of growth—80 per cent—is suburban-auto oriented.

These cities miss out on the opportunity to attract young entrepreneurial dads like Adrian Crook. He lives in the Vancouver neighbourhood of Yaletown with his five kids in a 1,000-square-foot condo. His stated goal for his family: “live big but leave a small footprint.” He embodies a new generation of thinking that leaves behind lawnmowers and leaf blowers and rooms no one uses in favour of a minimalist life where kids walk to school and summer camps; where the room with a Murphy bed doubles as a home office or a play room; where life is lived at the neighbourhood level, at the pace of your own two feet. Crook does not own a car. His kids walk up to 10 km a day just getting around.

It may sound utopian. In a recent Invisible City podcast, “5KidsOneCondo,” Crook talked about his old life with a long commute and the epiphany that led him to organize his world differently. But he also talked about the instability associated with the high cost of condo living in a large urban centre. His ideal community has transit, schools, parks, summer camps for the kids, and a place to buy groceries within walking distance of home. Why must this all be the purview of large cities? What if he could raise his family in a smaller or mid-sized Canadian city?

For many, it is difficult to conceive of life without a car or a long commute. We’ve designed our cities to make it so—with all of the unintended quality-of-life implications, and the hidden subsidies that make it appear the better option. If we choose, we could both price and design them differently. The time has come for our governments to think big—whatever the size of the city in question.

It will take 180-degree policy reversals, followed by decades-long commitments to halt this expensive trend of growth focused primarily in suburbs. Portland’s urbanization would not have happened without an urban growth boundary that drove population to existing, built-up areas. The biggest risk for our midrise cities is that we never quite get the densities that make transit a viable choice from everywhere to everywhere, or that make walkable communities flourish.