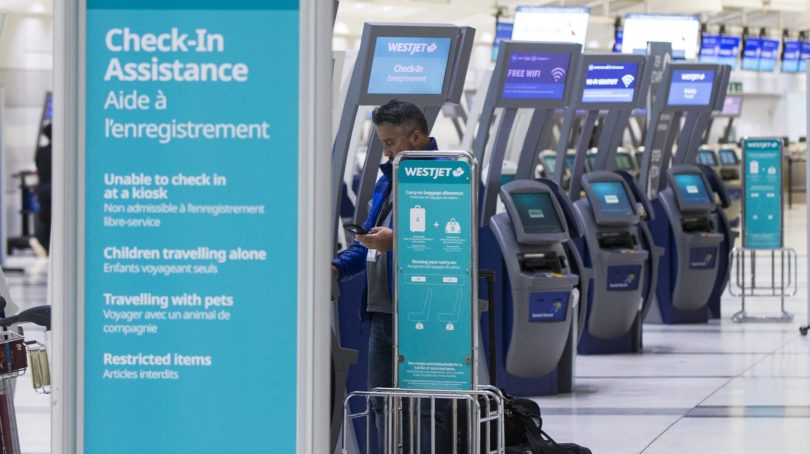 In March, a record-shattering 1.01 million workers lost their jobs and April’s numbers will likely be worse. However, thanks to a new government program, there is a chance that your employer might call you back to work sooner than later.

Last month, the government introduced the Canada Emergency Wage Subsidy (CEWS) program, which reimburses businesses for a portion of salaries paid out to employees during the crisis. If the government can cover some of these payments, then companies will either rehire staff or keep their employees on the payroll – at least that’s the hope.

Indeed, word came, on the same day as the brutal job loss numbers, that both Air Canada and WestJet plan to rehire 16,500 and 6,400 employees, respectively, because of the CEWS.

So, when can you expect to get that call?

Bhuvana Rai, a senior associate at Toronto-based law firm BLG, thinks that the wage subsidy program is a good thing for companies and employees, but cautions people from getting too excited. It’s far more complicated than it looks, and the details kept changing right up until Parliament adopted the wage subsidy legislation over the weekend.

As well, just because the subsidy exists, doesn’t mean your employer can or will take advantage of it. “It’s going to be helpful to business to have this, but they still have a difficult decision as to whether to hire people back,” she says.

Here are the key things you, as an employee, need to know about the CEWS.

Almost all workplaces are eligible for CEWS

Most companies, regardless of size or employee number, can apply for the CEWS. Sole proprietors and single-employee corporations are also eligible. Even foreign companies with Canadian operations can get some of these dollars. (Though, Canadians living in the U.S. who are employed by a Canadian company cannot receive any part of the subsidy.) Unfortunately, your employer will not get wage help if it’s a non-taxable corporation or a government funded entity, like a public school, a hospital, a crown corporation or municipal job.

Your company has to meet revenue requirements

As an employee, you may not know how much money your company makes, but this is a key part of the program. A business must experience a 30 per cent year-over-year revenue decline in the month they apply (they can also compare the month they’re applying for to January and February 2020) in order to qualify, except for March, when only a 15 per cent year-over-year decline is required. This is an important number, one we’ll come back to later on.

Only part of your salary is covered by the wage subsidy

The subsidy only covers 75 per cent of your wages on the first $58,700 of salary. That works out to $847 a week. There is an expectation by the government that your employer will add 25 per cent more to that to bring the annual total to that $58,700 number. Businesses must attest that they are doing everything possible to pay that remaining 25 per cent, but what that means is open to interpretation, says Rai. Could your employer cut your salary so that the 75 per cent is based on a lower amount? That appears to be what WestJet is doing, with the Canadian Press reporting that it will rehire workers at three-quarters of their previous wage. In any case, if you were making, say, $100,000 before COVID-19, and your company is struggling, then while they may bring you back to work, you probably won’t get your six-figure income.

You’re not getting paid by the government

A lot of people think the government is paying your salary. This is not the case, says Rai. Rather, your workplace will pay you with their own money, whether it be from revenues, a loan or some other source of funds. They then apply to the government to, essentially, get reimbursed for salaries they’ve already paid. When the money comes in, they would then put that back into their bank account, which they can then use for paying future salaries or on something else.

You don’t have to work to earn money

Bringing people back to work doesn’t, unfortunately, mean there’s work to do. Many businesses in the retail, restaurant and travel sectors will not get back to business until well after the social distancing measures end. That means that even if you are rehired or remain on payroll, you may not have to do any work. But, depending on the company, your boss may want to use this time to redo their website, create a new business plan for a post-crisis world, develop new marketing materials and so on. If your company wants you to work, even if the job may be different than you’re used to, you need to put in the hours.

Under the wage subsidy you still have to pay CPP, EI premiums and tax

If you’ve ever received a paycheque then you know that the government deducts several dollars from your cheque before you receive it. That will not change. You’ll still have to pay into employment insurance, into the Canada Pension Plan and tax will be taken off, too. However, employers who are keeping staff around, but have nothing for them to do, will get a refund on the EI and CPP premiums that they have to pay, says Rai.

Here’s why you may not get the call to return

Hopefully, your company will call you back to work, but they may not. Why? Because your business needs to predict the future if they’re going to apply. Let’s say revenues are down 30 per cent year-over-year in April, which means they are then eligible to get reimbursed for wages paid. Great, they can rehire you and get paid back by the government for putting you on payroll. However, what happens if revenues are only down 25 per cent in May? Well, then they wouldn’t qualify for the subsidy and you could get laid off again.

Complicating matters is that the claim period—the few weeks that your employer can be reimbursed for—does not follow the same time frame as the period they base their revenue declines on. So while revenue declines are based on a per month drop, they would claim wages paid between March 15 to April 11, April 12 to May 9 and May 10 to June 6. This is tricky because, says Rai, “You don’t know what revenues will be for April at the same time that you’re supposed to make decisions about whether to keep employees for April.”

Companies that may be unsure of whether they will qualify from month to month, may just forget about it and not apply at all. Some may also not have the cash flow to pay employees, even if they may get reimbursed later on. Businesses that know that revenues will for sure be down 30 per cent throughout the COVID-19 crisis, are in a better position to rehire.

Despite its faults, it’s still better to have this kind of program than not, says Rai, but it’s not the cure all for the country’s employment ills. “It’s really going to depend on the business as to whether they rehire,” she says. “Once we get more clarity then maybe companies can make more informed decisions.”

The details around this program keep changing. We will update this article as further tweaks are made.