When robots steal your job

The real driver behind re-shoring is automation. Robotic jobs, not humans, are coming back to North America. 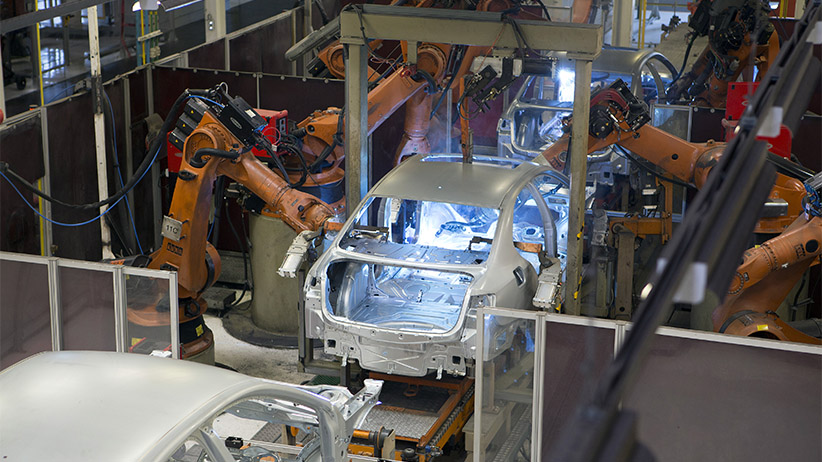 Let’s start with the good news: manufacturing is returning to North America. It is called “re-shoring” and is happening for several reasons. Chief among these is that labour costs in Canada and the United States are becoming relatively more competitive as the Chinese economy soared and wages there gradually caught up to more developed economies. But there are other factors at play here, too.

In North America, corporate tax rates have become more globally competitive, as has the cost of energy. Land is also far cheaper in North America. To find 500 acres for a large manufacturing facility in Alberta, you look out a window. In Guangzhou? Even five acres could be a challenge. When you also consider the additional cost of shipping goods from Asia to North America, the case for simply making it here becomes even stronger.

But the real driver behind re-shoring is automation. A robot in Mississauga, Ont., costs just as much as a robot in Shenzhen. And that is the bad news. Manufacturers are moving robotic jobs, not human ones, back to North American shores.

The bad news doesn’t end there. This rise in automation has only just begun and is going to change far more than the manufacturing sector. With the growth of machine learning and artificial intelligence, job losses will not be limited to assembly lines. The service industry, office administration, computer programming, and many other sectors are all on the cusp of automation.

Related: Is there an auto bubble on the horizon?

For centuries, every advance in industrial technology was heralded by prophecies of doom. But the Luddites have only ever been partly right. Automation has often proved disruptive, leading to painful “creative destruction,” unemployment and migration. But progress, on balance, has been positive. The internal combustion engine meant that some buggy manufacturers failed, but in their place came automobile makers, and ultimately more and better jobs. Since these changes took place over periods of decades or even years, industries, companies and individuals had time to adjust. They retooled or, if necessary, relocated. This time it may be different; the changes may come almost literally overnight.

Consider the transport industry. In the 2011 Canadian census, more than 260,000 people described themselves as truck drivers, making it the second-most common job in the country for men. Now Uber has a self-driving truck startup called Otto, and the state of Nevada has already licensed autonomous transport trucks. A tipping point will soon be reached when the largest transport companies decide they can expand profits, reduce crashes and bypass the union with a simple fleet upgrade.

I spoke to Henry Siu, a professor at the University of British Columbia who specializes in automation and the decline of middle-class jobs; he predicted that the trucking industry could automate within the span of one to two years. The economic changes this would spark cannot be understated. In the United States, this could mean the loss of eight to nine million jobs, and mostly from lower-income families, further exacerbating economic disparities. Worse yet, according to Siu, this shift would most likely come in the midst of a recession, when the industry is looking for new ways to cut costs.

The question that should be on the mind of every political leader and policy-maker in the country is: how do we prepare for this evolutionary change to the global economy? Many people are talking about universal basic income—a guaranteed monthly stipend for anyone below the poverty line. There are pilot projects being launched in Canada now, and the concept appears to be a promising alternative to Employment Insurance.

Governments can delay automation, too, with new regulations, tax disincentives, and licensing constraints. But this has its limits and is only delaying the inevitable. It would be politically and economically impossible for Saskatchewan to ban driverless trucks, for example, if the Trans-Canada Highway is filled with them.

How do we prepare for the inevitable job losses? Siu has a counterintuitive suggestion: avoid education that focuses on the STEM disciplines (science, technology, engineering and math). This only trains people for jobs that are the next to be automated, like programming. Instead, we need a work force to take on jobs that computers can’t: to think laterally, to make subjective judgment calls an algorithm can’t, and to solve problems. Not game programmers, but game animators; not payroll clerks, but career counsellors.

The great irony of the robotic revolution may be the unexpected resurgence of the long-derided bachelors of arts degree—you still can’t automate creativity.