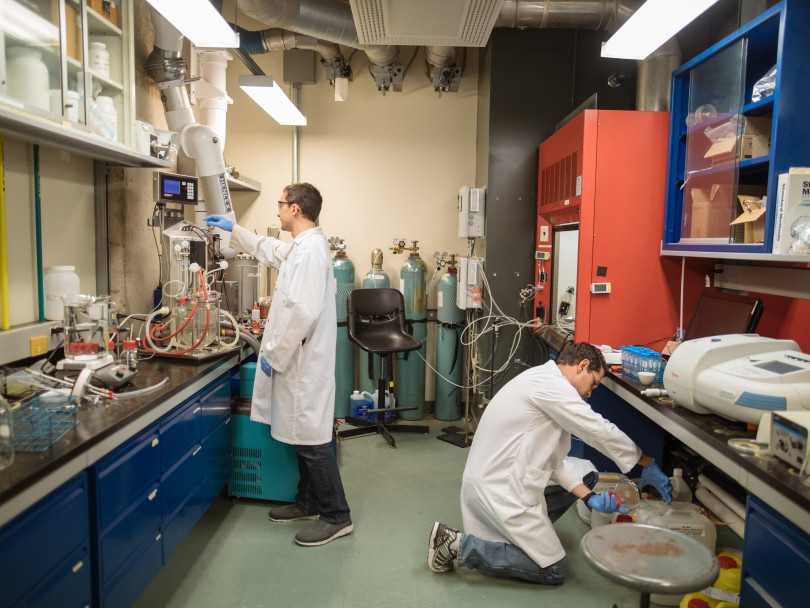 With about 40 per cent of its building space dedicated to research, it’s no wonder that McGill’s reputation for being ahead of the curve has garnered international acclaim. Approximately a third of its student body also hails from abroad, making it the most diverse university in the country. Located smack-dab in Montreal’s bustling downtown core, the school recently doubled enrolment in its M.D., C.M. and Ph.D. program—a one-of-a-kind, seven-year combined Doctor of Medicine and Master of Surgery with Doctor of Philosophy degree that instructs pupils in both the clinical and academic aspects of medicine.

On-campus opportunities for enterprising students with a social conscience abound. Take McGill’s Community Health and Social Medicine Incubator (CHASM), now in its third year: CHASM-approved initiatives, which aim to address pressing public-health issues among marginalized populations, are each awarded up to $1,000, mentorship from an epidemiologist, a public-health practitioner and an entrepreneur, and a targeted plan to address the specific needs of the project. Anyone can apply, and past winners have included the student-led initiative Community Ambassadors to Conquer HPV (or C.A.T.C.H), which aims to increase vaccination access in vulnerable communities, and Monthly Dignity, which provides menstrual hygiene products to women in need.

McGill also prioritizes well-being: in January, as part of its $14-million revamped approach to student mental health, the university announced the Rossy Student Wellness Hub, a holistic “one-stop shop” for all student health-related resources, including a clinic, counselling services and a Healthy Living Annex dedicated to peer-support activities.

Turning their helpful gaze to the world, McGill researchers are participating in a newly announced research project called Tête première (or Head First), led by the team of neuropsychologist Louis De Beaumont, a professor in the department of surgery at Université de Montréal. Aimed at exploring the consequences of concussions, the study will enlist the help of 38 football players from McGill, Université de Montréal and Concordia over the course of the 2019 football season.

In addition to garnering monetary recognition—like a $35-million NSERC grant, announced in May, that will go toward 128 McGill-led projects—McGill has been recognized for its environmental initiatives. In July, the school was named the International Green Gown Award’s Sustainability Institution of the Year for its “ambitious yet realistic” Vision 2020 Sustainability Strategy. This includes an ambitious carbon-neutrality mandate, and McGill’s Sustainability Projects Fund—the largest in Canada—which provides seed-funding for student, staff and faculty projects that foster a greener culture campus-wide.