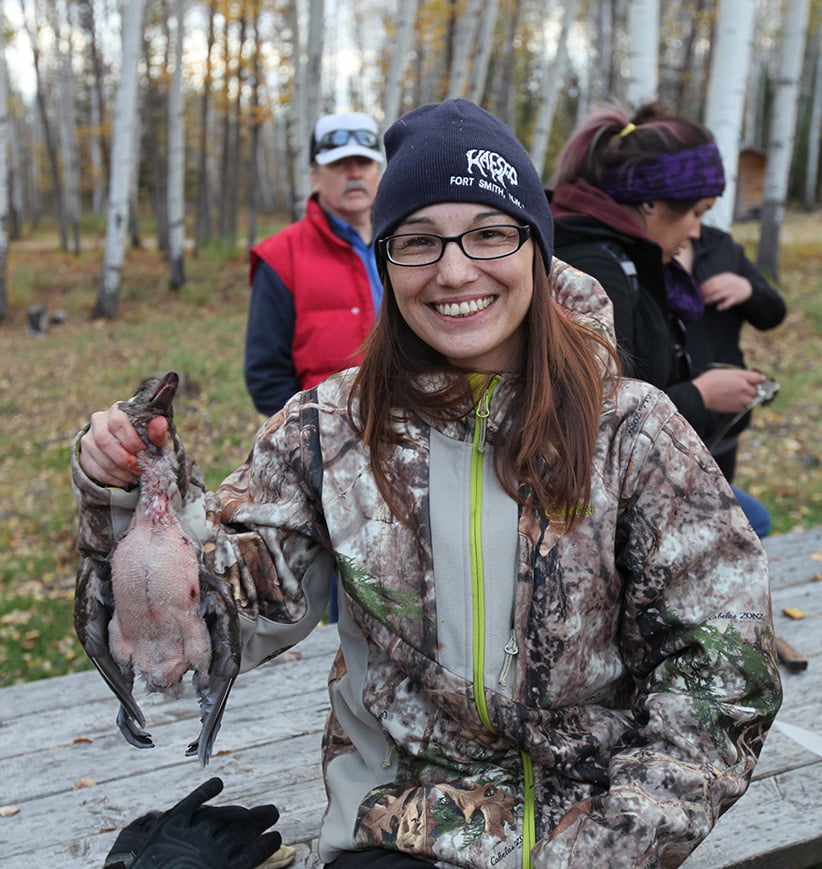 In the second year of Aurora College’s bachelor of education program, students leave the classroom and retreat into the bush outside Fort Smith, N.W.T. to learn on the land. For five days each fall, aspiring teachers learn to set up a teepee, scale fish, chop wood, cook bannock over a fire, all under the instruction of local Aboriginal elders. It’s an unusual component for a teaching degree, but Aurora’s on-the-land sessions were a huge reason why Karen Lepine-McFeeters chose the school and moved up to Fort Smith from B.C. three years ago. “A lot of my friends were going to UBC or SFU, but as soon as I learned about the land camps, I knew it was for me,” says the student, who is Mikisew Cree and Metis from Fort Chipewyan in northern Alberta, but grew up in Blue River, B.C. “I wanted something that was much more experiential, not just theory-based.”

With campuses in Inuvik, Fort Smith and Yellowknife, Aurora College serves a vast region that is governed in the Arctic by the Inuvialuit, and in southern subarctic by several Dene First Nations. Drawing on these deep-rooted cultures, the college offers on-the-land camps for several programs, instilling Aboriginal history, traditions and even bush skills.

One of the school’s original—and most rigorous—camps is for students of the environment and natural resources technology program. Over the course of the two-year diploma program, students do three or four remote field camps a year, for one or two weeks at a time. Students at the Inuvik campus take a four-hour boat ride to Kendall Island, off the coast of the Beaufort Sea, where they stay at a traditional whaling camp, on loan from one of the elders. The camps offer a unique mix of instruction in scientific techniques (marine, vegetation and wildlife sampling and analysis) and traditional teachings (navigation, wildlife dynamics), as well as serious bush survival skills (how to stay alive for 24 hours in a hand-built shelter in winter). The combination of technical and traditional skills is critical, says Joel McAlister, senior instructor at the Inuvik campus. “All the technology in the world won’t save you if it goes kaput; you can only rely on your wits and survival smarts. But also understanding the language of both worlds makes these students more capable and strong.”

Beyond offering practical bush training, land camps have become mainstay components of other, less technical programs, like education and social work—professions that require cultural understanding and sensitivity. Last spring, first-year social work students camped for a week at the Yellowknife River. They set fishing nets and muskrat traps, cleaned and smoked fish, and spent days listening to stories of elders who had grown up there.

“It’s a different kind of preparation for the sorts of skills they’re going to need working across cultures,” says Sandy Little, a senior instructor at the Yellowknife campus. “We want students to have that cultural competency and sensitivity so that when they get out in the world they have a deep appreciation for how other people live.” Little has been going out to the land camps since 2008, and notes that she learns something every time. “It’s such a lovely way to learn,” she says. “It’s really easy to talk about culture in the classroom, but it’s not the same as experiencing it.”

For Lepine-McFeeters, who has attended two culture camps during her three years in the education program, the opportunity to connect with elders and live out Aboriginal ideals—harmony, teamwork, respecting differences, sharing—was paramount. “I want to infuse these values in my teaching one day,” she says. “It’s about respecting each other and understanding that everyone has their own learning style. And that’s what’s great about these camps. They offer a holistic learning environment. Everything can be a teachable moment.”