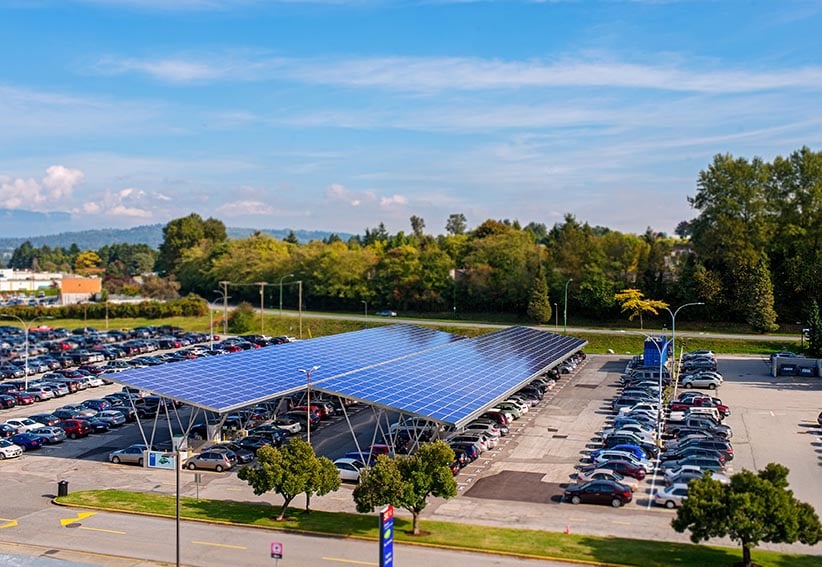 When Kathy Kinloch, president of the British Columbia Institute of Technology (BCIT), switches on her office lights and powers up her computer every morning, she isn’t tapping into the provincial hydro grid. Instead, the electricity flows from the solar power system atop BCIT’s modern Gateway Building, where Kinloch’s office is. Designed in-house and very much off-the-grid, the system is but one element of the Smart Microgrid at the Burnaby-based institute. Hassan Farhangi, the director of the Smart Applied Research Team (SMART), has spent eight years, and $30 million, building an on-campus source of renewable energy.

Right now, the SMART microgrid is being put to work in a variety of ways. For instance, it tests energy-efficient appliances in a net-zero home, and runs electric-vehicle charging stations via parking canopy structures fit with solar panels on campus. In all, it integrates wind, solar and biofuel sources, and is capable of 0.5 MW of electricity. (The campus has a peak load of 6.0 MW.)

But if Kinloch’s computer were located in one of Canada’s remote First Nations communities, it would most likely power up with the help of “dirty diesel”—that is, via diesel generators, which are common in the North. “Quite costly,” explains Farhangi, “and [it] has an adverse impact on our environment.”

The SMART team submitted bids on projects to develop two microgrids—which would cost a fraction of the BCIT version—for First Nations communities in B.C. and Yukon in an effort to transplant the institute’s technology.

There are around 300 remote communities in Canada that could use SMART microgrids, simply because the electrical grid isn’t able to reach these locations. And these microgrids don’t have to wait. “What we know today about technology and know-how enables us to be active right away in this space,” says Farhangi. But he says that lack of funding from both provincial and federal governments stands in the way.

Dave Lovekin, senior adviser at the Pembina Institute, agrees everything is ready to go, but notes, “government policy needs to catch up with the technology advancements . . . along with policies around capital investment.”

Remote communities outside Canada are achieving diesel-free microgrids, including Alaska’s Kodiak Island, which generates 95 per cent of its electricity from local and renewable sources. Capacity is there, but it’s coming to Canada in baby steps.

Right now, some Canadian communities are experimenting with a hybrid system, says Lovekin. “Renewable energy sources are complementing microgrids, [meaning] they are integrating with the diesel generators when the sun is shining, the wind is blowing and the water is flowing.”