Canadian colleges have more women at the helm than universities

Though gender parity eludes colleges in some disciplines, they have a better track record than universities when it comes to filling the president’s position 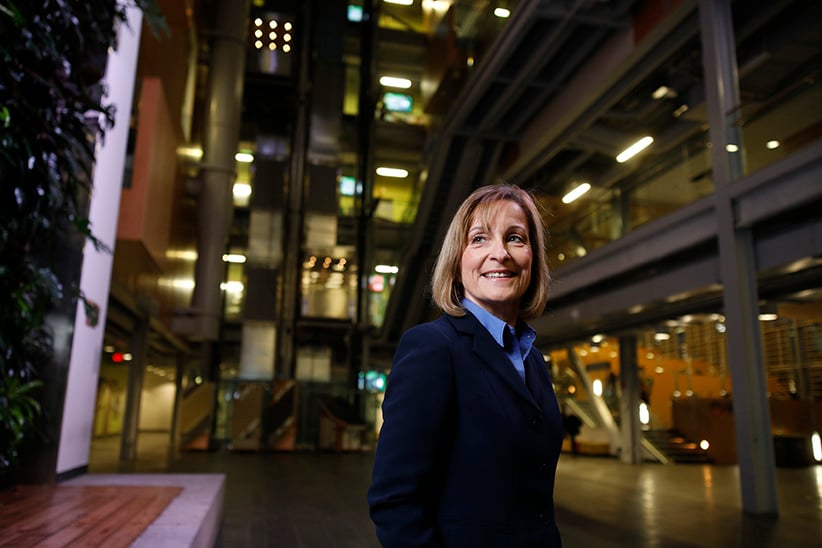 When it comes to gender parity in the corner office, Canadian colleges are in front of their university counterparts. In fact, almost a third of college presidents are female, while just one in five top university executives are women. “We are very proud of our numbers,” says Denise Amyot, president of Colleges and Institutes Canada (CICan)—the first female to hold this position in the association’s 40-plus years. “We have quite a few women. It’s just amazing.”

Thirty-eight of the 127 member colleges of CICan have a female in charge, compared to just 19 of Universities Canada’s 97 member institutes (30 per cent vs. 20, respectively). 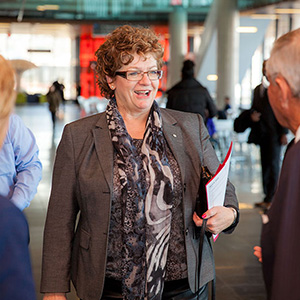 Building a career: Anne Sado worked as an engineer before becoming president of George Brown

One reason is most colleges in Canada are younger, with a 50-or-so-year history, compared to hundreds of years for the oldest universities. The entire college system was built on an attempt to democratize post-secondary education. Universities, on the other hand, rely on tradition; they were originally for the elite—the rich, the smart—mainly privileged white males. Colleges were a space built for inclusion; a space for people with diverse social and economic backgrounds; a space for women. “Universities are houses of high academic learning, with the first and foremost mandate of knowledge,” says Nobina Robinson, CEO of Polytechnics Canada, the association that advocates on behalf of 11 institutes that offer both four-year degree programs and trades training and have close ties to business. “Colleges were created, most of them, 40 to 50 years ago, with one outcome: employment. It wasn’t knowledge; it was know-how.”

To be eligible for presidency at a university, a Ph.D. is a must, and candidates rarely come from outside academia. Colleges, by comparison, hire from a different pool of talent, one where industry experience works in their favour. They are also “institutions of their communities, that are reflective of their communities,” says Amyot. In that regard, it’s not only beneficial for the institution to have a woman at its head, it’s also an advantage for the community. “A woman will be more sensitive to ensure they also think about women in traditionally male-dominated sectors, such as trades.”

Though the female president ratio is a victory, it’s a small one, and it’s overshadowed by the reality that there’s a way to go to reach parity. Women in both college and university administration still have to overcome traditional barriers to leadership roles.

Tricks of the trades

Both Cheryl Jensen, president of Algonquin College in Ottawa, and Anne Sado, president of George Brown College in Toronto, started their careers in male-dominated spheres: Jensen as a chemist and Sado as an engineer. They transitioned from the corporate world into academia, bringing with them an experience of what it felt like to be the only female at the table. “I do remember one time, being in a meeting,” Jensen says, “and being asked what a woman would know about metallurgy and technology. And I just started rhyming off my credentials, and that changed the conversation.”

Jensen began her academic career in 1983 as a faculty member at Mohawk College in Hamilton. She later worked as dean of engineering technology and as vice-president for the college before accepting her current role at Algonquin in 2014.

Sado spent 25 years working for Bell Canada—some of those as a senior vice-president—and in 2004 dove headfirst into her George Brown position. She’s since founded and chaired Polytechnics Canada, as well as acted as chair for Colleges Ontario. She says a lot of the skills from her previous career, both in terms of management and engineering, were transferable. “The college is a very applied environment,” Sado says. “Because I had an engineering background, because of the work I had done, I think it worked well for me. When you go into universities, quite often the focus is more on research.”

In the north, the statistics are reversed. Two of the three territorial institutions are run by women: Jane Arychuk heads Aurora College in Fort Smith, N.W.T., and Karen Barnes heads Yukon College in Whitehorse.

Arychuk, who took over her post from another woman three years ago, spent over two decades as an educator and principal in the tiny northern community of Fort Providence, N.W.T. She doesn’t recall any barriers because of her gender. If anything, she says, women dominated the field. “I find many colleges in the south are run like businesses,” says Arychuk, who was surprised to hear there wasn’t a larger female representation in the top spot. “Maybe ours is more education-focused. I’m not saying women shouldn’t be in business, but in the north, for me, that hasn’t been the case.”

Barnes, however, came out of the Alberta college system, and knows first-hand the gender discrimination that exists in academia. “In my teams,” Barnes says, “I have at least 50 per cent women. Sometimes more. When that number starts to creep up, I get more and more comments about, ‘Wow, there might be too many women on the team now.’ When I was the only woman on a team of men, never did you hear a comment about, ‘There’s too many men on this team.’ ”

Barnes started her career as vice-president of Yukon College nearly a decade ago and plans to stay on as president until 2019. The college is currently transitioning to a university, which could take another four years. 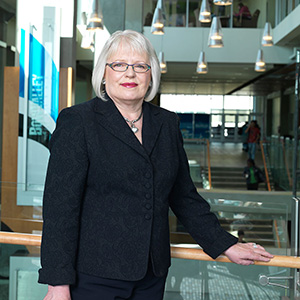 Next gen: Sharon Carry, president of Bow Valley, will be succeeded by another woman

In its 51 years, Bow Valley College in Calgary has had four presidents—two have been women, including Sharon Carry, who’s been there for 20 years.

Carry, who’s been working in Alberta post-secondary institutions since she was a student coordinator in residence at the University of Calgary in 1970, is retiring in December 2016—moving on to her “encore career,” she says cryptically—and has been replaced by Laura Jo Gunter, senior vice-president academic at George Brown College. “I think it’s great that they’ve chosen a woman to be my successor,” Carry says.

From student to CEO

Centennial College president Ann Buller’s family emigrated from Scotland when she was four, and she was the first in her family to pursue a post-secondary education. Because they weren’t well off, Buller says college was more accessible—there were more people like her, in other words, not from a background of privilege and wealth. Because of that, she’s been loyal to colleges ever since. “Being a product of the system,” she says, “that’s actually allowed me to champion our graduates and the work that colleges do with more passion than had I not had that experience.”

But that hasn’t protected her from sexism. Buller, who’s headed the Toronto college since 2004, recalls negotiating the salary for the job she has now and being told the number she requested was “a lot of money for a woman of my age to ask for. 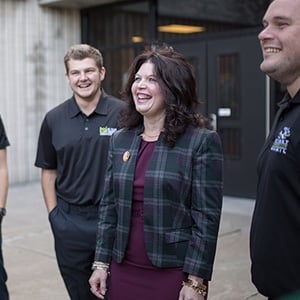 Make way: Patti France, St. Clair College’s first female president in its 50-year history, was hired as a transcript clerk and worked her way up

“So it was two things: the fact that I was a woman and the fact that I was considered to be fairly young to be taking on the job.” She had just celebrated her 40th birthday at the time. Despite that encounter, Buller says she has been incredibly lucky, and now feels valued as a woman in her role.

St. Clair College’s Patti France is also a big champion of the college system. She began in 1987 in the college registrar’s office at the institution in Windsor, Ont. While there, she completed a diploma in IT and went on to different roles, including senior vice-president of operations. In 2015, France was named president, the first female to hold the position in its 50-year history.

Over the years, she’s been privy to the gender shift not only at the student level, but also at the faculty and administration level. “I felt pacified at times, but not necessarily always taken seriously,” she says. “That was early on in my career, so could that be because I was female? Could that be because I was young and inexperienced? Perhaps all of those things? But I certainly don’t feel that today.”