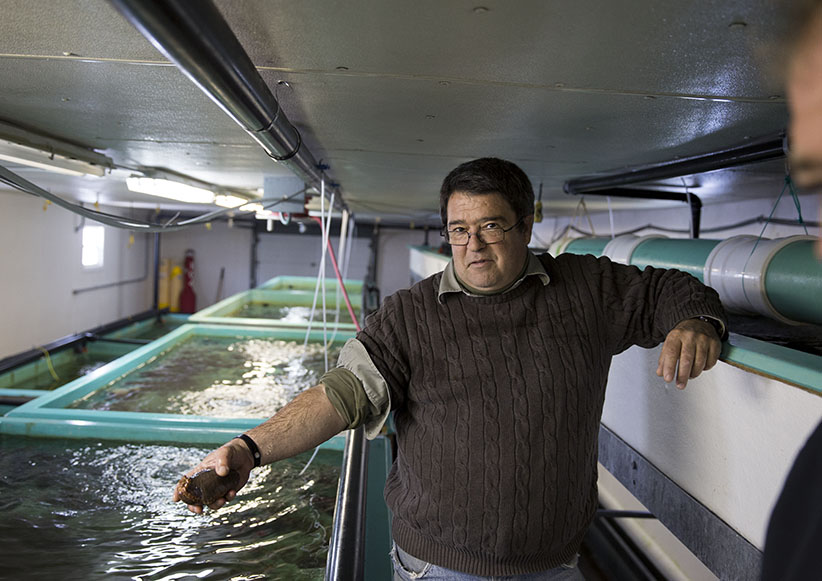 The team at the Wave Energy Research Centre has a knack for turning problems into possibilities. Take, for example, the demise of the codfish industry and its disastrous effects on small East Coast towns like Lord’s Cove, N.L., on the Burin Peninsula, where the centre began in 2003. “For a group of unemployed fishermen, aquaculture is the obvious answer,” says project head Michael Graham, referring to what you or I might call fish farms.

Here’s the next problem: “Sea-based aquaculture requires deep water, particular currents and constant temperatures”—none of which are found in tempestuous North Atlantic waters. “But if you could go on land, you could make it work,” explains Graham, who’s been working on just that for a decade. Applications of relocated water are just about endless, but pumping thousands upon thousands of litres ashore is difficult and expensive, both in dollars and energy spent. What kind of energy might facilitate such a tall task? The waves themselves, says Graham.

You’ve heard of solar and wind energy, of course, but it’s those unassuming waves that may hold the real power. “Maximum solar power—and I’m talking in the desert, on the equator, averaged over the year—is 200 watts per square metre. Wind is about 10 times that. A wave generator would experience about 25,000 watts per square metre near Lord’s Cove—more than a hundred times that of solar. And waves are available constantly,” Graham explains.

This spring, researchers from the nearest College of the North Atlantic campus—75 km away in the town of Burin—are set to move from the pool to open water with their wave-powered pump. “Imagine a 14-feet-tall bicycle pump floating halfway between the sea floor and the surface,” says Graham. Held still by a drag plate, and with a float on the surface, the pump is pulled apart by passing waves and pushed back together by internal weights. Captured wave energy pumps water ashore, and the problem’s solved. “We always look for ways to turn liabilities into assets,” says Graham.

Next on the to-be-solved list is maximized feeding in multitrophic tanks; salmon, sea urchins, scallops and seaweed—each a saleable product with its own market—extract necessary nutrients from flowing recycled water.

FILED UNDER: College of the North Atlantic Colleges Guide 2016