Two university majors for the price of one 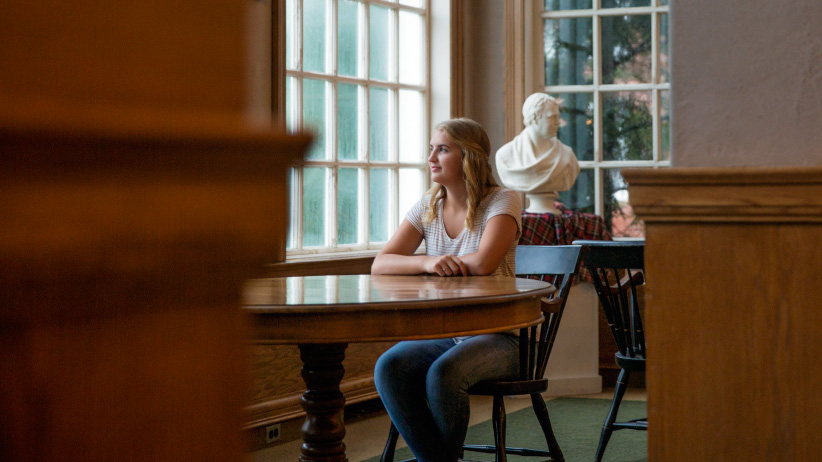 St. Francis Xavier student Janie Craig on campus in Antigonish, Nova Scotia. Craig is in her second year and is majoring in both arts and science. (Photograph, Mikaela MacKenzie)

It was only after Lauren Hudak landed a ﬁrst job, one tied to her enthusiasm for public policy, that she fully appreciated her decision to study two disciplines simultaneously as part of her undergraduate degree at McGill University.

“What I really like is the opportunity to view problems through two different lenses,” says Hudak, who graduated with a double major in psychology and political science in 2011 before joining a research agency focused on post-secondary education. “I am now realizing how incredibly valuable that experience was,” adds Hudak, a senior researcher at the Higher Education Quality Council of Ontario.

Her choice of a double major—two academic topics in one degree—reflects a growing demand from students for university credentials that cross disciplines, and even faculties. As Canadian universities widen their undergraduate study menu options, many students have taken advantage of the option to pursue double or combined degrees or to enrol in programs with a multidisciplinary focus. “You are the architect of your own degree,” says Lucyna Lach, associate dean in the faculty of arts at McGill University, who urges undergraduates to explore multiple interests.

McGill requires students to take two different programs of study, often as a subject major and minor. But students can also choose a major and two minors, a double degree, or other options ranging across diverse topics. Approximately one in ﬁve McGill undergraduates opts for a double degree, up slightly in recent years.

MORE: Double majors help with landing a job (but just a bit)

“The value of an arts degree lies in what you make of yourself in getting that degree,” says Lach. Hudak, for example, chose to take the psychology half of her double degree from McGill’s science faculty, not arts, which meant she had to take statistics. “Numeracy is an incredibly important skill and to not develop it further puts so many people at a disadvantage,” she says. “By taking the double major, it forced me to develop better critical thinking skills from that [statistics] lens.”

Even at schools where double degrees are almost non-existent, new offerings promote multi-discipline learning. At the University of British Columbia, only a smattering of students earn double degrees. The number of students taking so-called combined degrees, however, has almost tripled to 1,200 undergraduates in 2016 compared to six years ago (but they’re still a fraction of total enrolment).

That approach to curriculum is attractive to employers, says Carol Naylor, UBC’s acting director of the Centre for Student Involvement and Careers. “They want to bring in people who can look at complex problems through multiple lenses.”

New credentials at other schools reduce traditional academic boundaries by crossing not just between programs but entire faculties. Nova Scotia’s St. Francis Xavier University, for example, recently introduced a new bachelor of arts and science degree in health so students learn about medicine and how social factors, such as poverty, can affect wellness.

StFX ofﬁcials expected 20 students for the inaugural class this September, but 80 signed up for the four-year program that includes co-op education options. 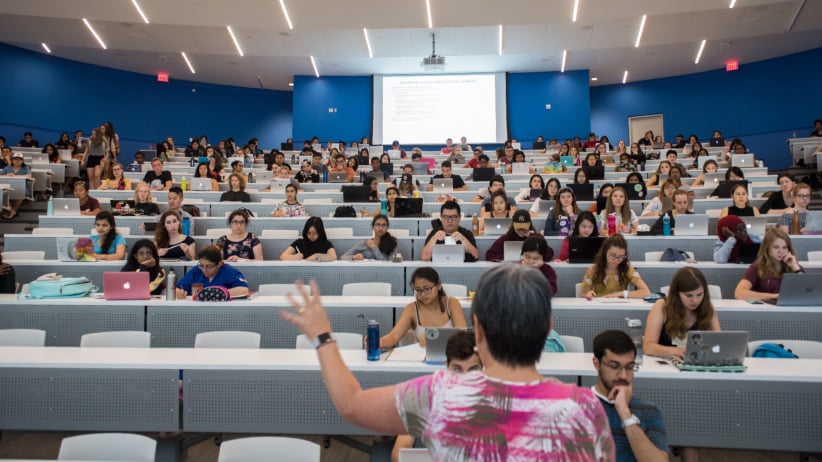 Kevin Wamsley, academic vice-president and provost at StFX, says students now “want more than a standard degree.” In turn, he says, universities are offering “a different menu and a bigger menu.”

Janie Craig, a second-year StFX student aiming to become a family doctor, jumped at the opportunity to take the new health degree. “I get both the arts and the science side…There is so much more to health than just the science side,” she says.

In another inter-faculty collaboration, a new integrated business and humanities degree started up this September at McMaster University in Hamilton. During the four-year commerce program, students take courses in business and the humanities, and participate in community-based learning projects to hone their business knowledge and critical thinking skills.“We have integrated the two disciplines in a very meaningful and intentional way,” says Emad Mohammad, associate dean (academic) at McMaster’s DeGroote School of Business. “What employers are looking for is someone who can see the problem from different angles, and be aware of the limitations of a [proposed] solution.”

Student interest in the new degree ran so high that more than 450 applicants vied for 80 seats this fall.

That interdisciplinary mindset plays out across McMaster, even though students with combined degrees account for only 7.3 per cent of all undergraduates this year, down from 8.5 per cent in 2016.

The university is currently reviewing internal academic regulations to make it easier for students to choose the two disciplines they wish to pursue, rather than selecting from a set list prescribed by the university.

“These more flexible degrees actually provide better pedagogy: they introduce students to a broader range of approaches and different ways of thinking about things,” says McMaster provost David Wilkinson. A second major, he adds, “allows you to put more arrows in your quiver and broadens the skill set that students come out with.” Along with adding flexibility for students to pursue double majors or other cross-disciplinary studies, McMaster is contemplating new certiﬁcates and micro-credentials that recognize learning acquired through the partial course load of a minor.

At Carleton University, double majors account for only 4 to 5 per cent of undergraduates but students can select from a growing list of interdisciplinary degrees.

One of the most popular is the bachelor’s degree in global and international studies, developed by the faculties of arts and social sciences and public affairs. Over the past three years, enrolment has doubled to 800 students who take a sequence of multidisciplinary core courses, study a language, add their own specializations, and spend time overseas for study or work.

“Part of its success is its mandate to engage students in a wide variety of disciplines,” says Richard Mann, associate dean of curriculum, programs and planning in the faculty of arts and social sciences. Students, he adds, “have this interest and fascination with the world as it stands from a number of perspectives.”

At the University of Toronto, 40 per cent of fourth-year students opt for a double major.

“There is an overall shift from students doing what we call specialist [single discipline] programs,” says Pamela Klassen, vice-dean of undergraduate and international programs in the faculty of arts and science for U of T’s St. George campus. “More of them are doing joint majors and interesting minors.”

There is little evidence that cross-disciplinary credentials guarantee graduates a leg-up in the job market. “I don’t know that a dual major makes any difference,” says Paul Wolfe, senior vice-president of human resources for Indeed.com, a global job site operating in more than 60 countries. “We want to focus on what is the degree in, and is it a match [for the employer]?” he says. “Then the conversation gets into are they [the candidates] going to be a cultural addition to the organization.”

Despite little sign of a job lift, Klassen says, “if you love both topics and you want to study them, go for it.”

That was the case for Markian Moyes, who earned a double major in English and computer science from U of T in 1999. Moyes, who likes words and built computer games as a youngster, says “friends of my parents said ‘why not do a double major, because you won’t ﬁnd a job in English.’”

At ﬁrst, a degree with two majors didn’t do much for him in the job market.

But in 2012, combining his interest and expertise in coding and words, he founded Darned Sock Productions. Its ﬁrst app, published in 2014, is the award-winning Loose Strands, an interactive book that allows young readers to make choices (and discover the consequences of doing so).

Would he advise others to pursue a double major?

“I got bored if I did too many English courses or too many computer science courses in one year,” he says. “I had an interest in both and felt it made me happiest. If that is the case with you, then I would pursue it.”