Teaching efficiency through math at the University of Waterloo 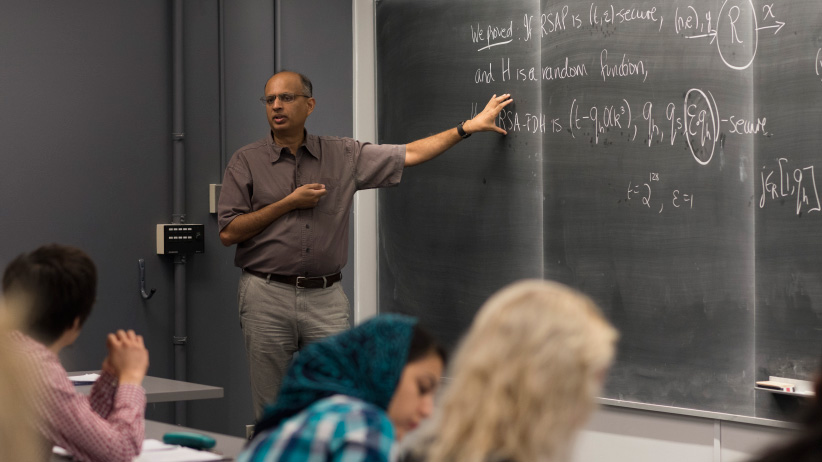 When David Qian entered the math department at the University of Waterloo, he didn’t expect to be advising some of the country’s top surgeons on how to do their jobs. But, by the time he got to his master’s degree in combinatorics and optimization (C&O), he was doing just that.

Typically, when babies have malformations in their skulls, the process to correct the problem is more art than science. Only a select few surgeons are able to perform the procedure, which isn’t exactly easy to teach. But Qian has helped to change that. Working with Ricardo Fukasawa, a professor in Waterloo’s mathematics department, and two craniofacial surgeons from SickKids Hospital in Toronto, he mathematically mapped out exactly where surgeons should make incisions and move pieces of bone to make the skull look more typical.

The process is now the norm for craniofacial surgeries at the hospital. “It was really rewarding to be able to see how frequently these things have real-world applications­—and hopefully help people’s lives,” says Qian, now a software engineer with Amazon in Toronto.

Qian arrived at his master’s by way of a bachelor degree in C&O, also at Waterloo. Students in the program learn how to develop mathematical models that optimize efﬁciency in procedures and operations. “For example, if you have a fleet of trucks that you need to route to meet demands of your customers, how can you do that as efﬁciently as possible with the lowest possible cost?” Fukasawa says. Another example is mapping out where to place shafts so a mining company can access and extract gold as quickly and cheaply as possible—which is what Qian did as an undergrad research student in one of his co-op terms.

The small scale of the program—which has between 30 and 40 graduates a year—means students get plenty of attention from dedicated faculty. The size also allows them to take on ambitious projects. Meanwhile, the three-term co-op option gives students professional experience. Even better, the Waterloo region is teeming with technology companies that need their skills.

Students graduate with vast opportunities, either for graduate studies or in the workforce. Data science is increasingly popular in just about every industry: tech, logistics, airlines, telecommunications, ﬁnance, manufacturing and even medicine.

Now at Amazon, Qian is a software engineer, but he’s prized for his C&O expertise, too. Indeed, Amazon didn’t become a US$500-billion company by taking a laissez-faire approach to operations. The company runs a tight ship, and efﬁciency is a top priority. Hiring and scheduling the right number of staff depending on the month, week, day and time is a big part of that, and Qian is tasked with analyzing the data and creating algorithms to optimize that complicated process. “It’s directly related to what I learned in my time at Waterloo,” says Qian.