Students from outside Canada hope a diploma will help them stay here. As one pending lawsuit shows, it’s not that simple. 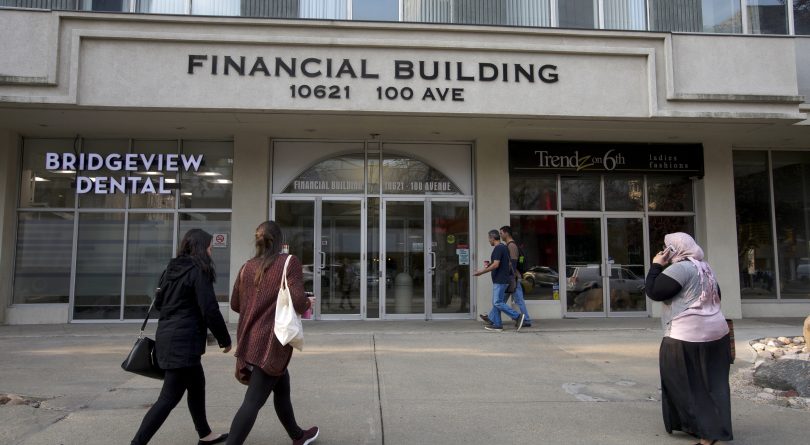 Edeline Royo Agoncillo and Jonah Louise Cabela Falgui wanted a future in Canada. And they hoped a private vocational college located in a drab Edmonton office building might be their ticket to staying here.

The pair came to the country from the Philippines in 2014 on two-year work visas. Wishing to stay in Canada once those temporary visas expired, they enrolled in Solomon College, a private vocational career college that offers diploma programs in hospitality management, aviation, and English-as-a-second-language. But they were left with disappointment and no work permit, which has led them, along with others, to file a class-action lawsuit against the school and an associated immigration consultant. It’s a case that highlights not only the risks for foreign students trying to stay in Canada but also the confusing rules governing which credentials will actually help students achieve this dream.

Agoncillo arrived in Canada under a Temporary Foreign Worker program, designed to overcome labour shortages. When she was told two years later that her contract with her employer was expiring, she contacted Amarjot Singh, an immigration consultant with the firm Apex Immigration. Singh advised her that “her best chance to remain in Canada was by studying at Solomon College,” according to a statement of claim filed on May 9. The consultant allegedly said that completing the college’s hospitality management program would help Agoncillo earn a post-graduate work permit (PGWP), which enables holders to stay in the country for three years and earn Canadian work experience. The lawsuit alleges that Solomon College paid a commission to Apex Immigration and Singh. To obtain the PGWP, a student must have studied full-time in Canada on a valid study permit and completed a program that is at least eight months long at a qualifying educational institution.

READ MORE: Why kicking me out of the country would be bad for Canada’s economy

But after paying $18,000 in tuition, textbooks, and administrative fees, Agoncillo learned that graduates of her program were not eligible for PGWP. The statement of claim alleges the school evaded inquiries about whether its graduates could earn their work permit in the fall of 2016. When pressed on the issue by concerned students, the college then said it was launching an investigation and later held information sessions to update students and allay their concerns. During one of those sessions, the school’s director said he knew of hospitality students who had earned the permit. He also said, as quoted in the statement of claim, “Solomon College was eligible for the PGWP, but the ability of graduates to obtain the work permit was dependent on how they presented themselves and their applications.” He advised students to stress on their applications they did not wish to stay in Canada once the permit expired. According to the statement of claim, these assurances came immediately before a fee installment was due; based on the school’s representations, the plaintiffs made an additional payment. The students “also spent considerable sums to remain in Canada during the course of their studies, decided to not enroll in other post-secondary institutions whose graduates are eligible for the PGWP, and will have to leave the country upon graduation,” according to the claim.

Avnish Nanda, the Edmonton-based immigration lawyer representing Agoncillo and Falgui, hopes the lawsuit will encourage “behaviour modification” among private colleges so that they’ll think twice about making what he calls “misrepresentations.”

None of the allegations have been proven in court. Apex and Singh are also named in the lawsuit. Singh did not respond to interview requests from Maclean’s, while Solomon College has not yet filed a statement of defence that will refute the allegations. (They are not obliged to respond in public, as the statement will outline their position.) In May, the college told the CBC it offers “no promises to our students about our ability to procure work permits as a result of registering in anyone of our educational programs.”

Unlike community colleges, which are funded and run by provincial governments, private career colleges like Solomon are typically run by for-profit companies. According to the Higher Education Quality Council of Ontario, an Ontario government agency tasked with providing policy recommendations on improving post-secondary education, the typical student at a private career college is more likely to be an immigrant without native English proficiency, older than 25, and have dependent children. The schools are a popular choice for those who want a career-oriented education with smaller class sizes and a more flexible schedule.

The situation at Solomon is “a mess,” but it’s “totally unfair” to place the blame on the colleges, says Serge Buy, the CEO of the National Association of Career Colleges in Canada (NACC), the leading voice for the industry in Canada. Buy agrees that colleges should make it clear whether their programs are PGWP-eligible or not, but primarily places blame on the federal government for confusion.

The rules surrounding the permit are complicated. Graduates of all public post-secondary institutions are eligible, but private career colleges outside of Quebec are typically not. And yet, flight schools are eligible. This means that while Solomon College’s hospitality program was excluded, graduates of its aviation program could qualify for the PGWP.

Buy says numerous career colleges thought they would be PGWP-eligible, because of a clause in the rules stating that schools that are run “under the same rules as public schools” could be included in the program. Given that many schools offer programs regulated by professional associations such as the Canadian Medical Association or law societies, that seemed to be sufficient. But at the beginning of this year, the federal government’s website clarified that the only private schools operated “under the same rules as public schools” were located in Quebec, where both public and private schools are governed by the same legislation.

The confusion was exacerbated after some graduates from ineligible programs applied anyway, and succeeded in getting a permit erroneously. Calgary-based immigration lawyer Raj Sharma, who has dealt with numerous international student clients at career colleges, likens the application process to a slot machine. In one case he dealt with, a cohort of six international students at a private college applied for the PGWP. Three of them got it; three didn’t.

Immigration, Refugees and Citizenship Canada spokesperson Nancy Caron told Maclean’s in an email that the government is “aware of instances of post-graduation work permits being issued in error.” The ministry says it has made efforts to remind its officers of “the criteria and how to confirm whether an institution’s graduates are eligible” but wouldn’t say how many permits had been erroneously issued.

During a House committee meeting in May, Immigration and Citizenship Minister Ahmed Hussen spoke about cracking down on the errors at the request of the provinces.

“[The provinces] came forward and told us that some private colleges were not abiding by the terms of the post-graduate work permit. They asked us to make those necessary changes. We listened, and we did that,” he said.

Vancouver-based immigration lawyer William Tao doesn’t think more erroneous permits will be issued now that the government has clarified its rules, but worries misinformation will linger about eligibility.

Since the beginning of 2018, the federal government has maintained an online list of post-secondary institutions that are approved by provincial or territorial governments to host international students and are eligible for a study permit. “They clarified this,” said Buy. “I’m happy that they did. I just wish they did it a long time ago.”

Sharma also wants to ensure no immigration consultants are taking commissions from schools. “That would be a significant ethical issue: to take a commission on one side from the college and advise on potential benefits that may or may not exist to the ‘client’ on the other,” Sharma opines.

There are educational agents who connect foreign students with Canadian schools and receive a commission for their efforts. Buy says this is common practice for both private and public institutions. Some immigration consultants could also be acting as educational agents, he added. “Nothing is preventing an immigration consultant from having another job and to deal with the same clients as far I’m aware,” he said.

Tao has started working with some colleges to help them make sure they’re not making misleading claims and making sure the agents they work with are being transparent in their dealings with the students.

“That’s where a lot of the problem happens, where [the agents] don’t disclose to the student the nature of their relationship to the school. Many times, they’re not looking out in [the students’] best interest, and also, they’re making representations on behalf of the schools that the schools don’t necessarily know about,” says Tao.