From Bogota to the B.C. interior: Four international students on choosing TRU

The fact that the school is in a smaller, less expensive city is part of the appeal. “It offered more of a community. You get to know your classmates.”

In her story about TRU’s international recruitment, Adrienne Tanner reports that a major factor in the school’s success is the care it takes in helping students feel at home. Here, four graduating students describe their personal experiences with TRU’s approach and why they chose to study in Kamloops, B.C. 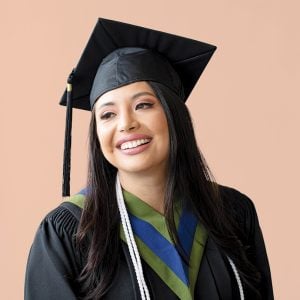 After graduating from university with a business administration degree, Lina Maria Pulido worked for a company in Bogota, Columbia, that had employees from the United States, Australia and Brazil. She loved the multicultural mix. When she decided to pursue more post-secondary education, she looked for a university that would offer even broader international connections. “I knew Canada was a really good country,” Pulido says. She found out about TRU at an education fair at the Canadian embassy in Bogota and applied for the international business post-baccalaureate program. The fact that TRU was in a smaller, less expensive city was part of the appeal. “It offered more of a community. You get to know your classmates.” Pulido, who arrived at TRU in 2016, was impressed at how approachable and accessible her professors were. She says, “That kind of relationship, I really loved that, especially because English is not my first language and I was completely new in a country by myself.” 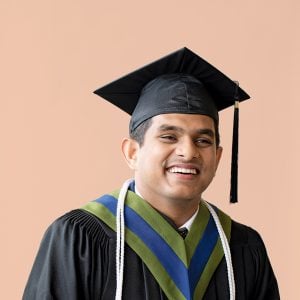 Swagatam Majumder was set. He had a bachelor’s degree in finance and a job at an accounting firm in Mumbai, India. But he was itching for excitement and longing to travel overseas; in 2017, he began his studies at TRU’s accounting diploma program. It was a big change to go from a megalopolis like Mumbai to a small city like Kamloops. But for students, Kamloops is just right, Majumder says. “It has fewer distractions, which motivates you to stay on campus and get your work done.” Majumder was partway through his program when he applied for an internship with KPMG in Vancouver. He got the position, and it has since grown into a full-time job that allows him to work as he trains to become a certified public accountant. Majumder credits TRU with providing him valuable opportunities outside the classroom. “There’s so many other soft skills that you need in the professional world, and TRU gave me ample opportunities to [learn them].” 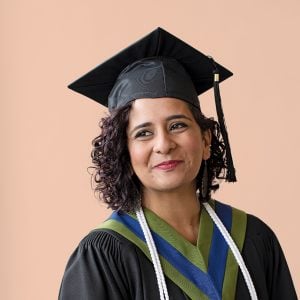 There was no question Tarika Shastry would consider TRU when searching outside India for post-secondary training in human relations—her father has been a recruiter for TRU in Bangalore for seven years. “It’s a household name,” she says. She arrived in January 2017 and found the school so friendly that, partway through her course, Shastry changed career plans and set her sights on a job at the university. Shastry recalls being a “bundle of nerves” during her first days on campus. In Canada, the education system is so different, she says. Students here choose their courses; in India, classes are prescribed. Shastry says at TRU there were people to help sort it all out. “I took full advantage of all the student services and the support that they offered, and I really wanted to be on the other end.” After graduating, she landed a position at TRU’s international admissions office, almost but not quite following in her father’s footsteps thousands of miles away. 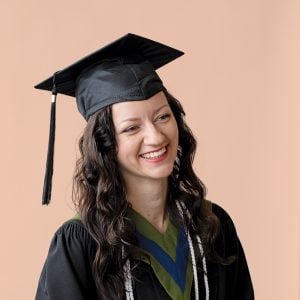 Commerce runs in Tatiana Sumina’s blood; her mother, uncle and grandparents all own businesses. And as a child in Yekaterinburg, Russia, Sumina soon began to negotiate her own deals: “When I was a little kid, I used to sell my relatives things I found in the house.” When the time came for university, Sumina chose to do a bachelor of commerce degree. After graduation, she searched for an overseas post-secondary program and discovered TRU’s post-baccalaureate diploma in human resource management at an education fair. She arrived at TRU in 2016 and threw herself into student life, becoming a social media ambassador for TRU World, the university’s international student program, and eventually leading the program’s social media squad. One week after writing her last exam in May, Sumina left Kamloops for an internship in Prince George with Centerra Gold. This summer, she helped the company fill 50 job vacancies. “We’re now down to five,” Sumina says proudly. “Now that my probationary period has ended, they say that I can call myself an HR adviser, not an HR intern, so I guess I got promoted.”