How Canadian universities are evaluating students during the coronavirus pandemic

As learning moved online, institutions and instructors looked for ways to be flexible. Pass-fail systems in lieu of letter grades; assignments in lieu of exams. Macaroni in lieu of clay. 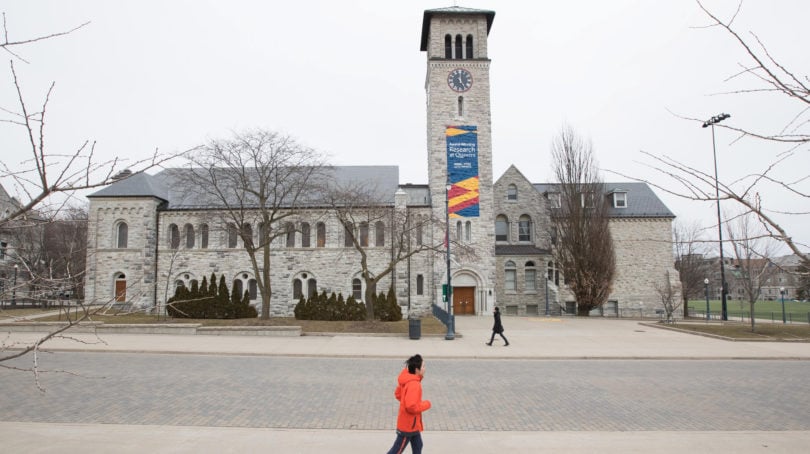 As recently as March 11th—the same day the WHO officially designated COVID-19 a pandemic—it was more or less business-as-usual for students at Canadian universities. Then, the following day, Laurentian suspended in-person classes, becoming the first public university in Canada to do so. A host of other schools followed suit later that day, and by March 16th, nearly every public university in the country had suspended in-person classes for the remainder of the term. These moves largely followed directives issued by local public health authorities, says Paul Davidson, president of Universities Canada, which is why the changes took place at different speeds across jurisdictions.

“In the space of a week, more than a million learners moved online,” Davidson says. “Every effort is being made to help students complete their year.” Universities plan to complete the winter term by relying on online learning tools, including live and pre-recorded lectures and group discussions conducted via video conference tools like Zoom. The unprecedented move to the web has presented a series of challenges, ranging from technical issues with moving course material online to negotiating differences in student access to computing resources. “In my experience, it’s been a little ‘here or there,’” Rebecca Gao, who studies literature, critical theory and history at the University of Toronto, said last week. “Varying internet connections, the loss of a lot of class discussion, and the general weirdness of the situation have made it kind of difficult to really learn.”

Many institutions—like the University of Waterloo, which already has more than 600 fully online courses—are relying on ramping up existing infrastructure for digital learning. “So far, we haven’t run into any major difficulties in terms of platform and technology,” says Feridun Hamdullahpur, president of the University of Waterloo. “But there are still major challenges to tackle.” One of these, he says, is how to accommodate co-op students, many of whom have had to suddenly return home from international placements. Hamdullahpur says that current co-op students who had their term disrupted will still receive a credit. “For students in the spring term, we’re working with employers to examine remote work opportunities should that still be necessary,” he says. “In the event that their planned work can’t proceed due to events, we have made it possible to reduce the student’s overall co-op work term requirements by one term.”

In some cases, even with appropriate infrastructure in place, moving course material online is far from straightforward. “I teach a life-study course using clay—you can’t get more hands-on, studio-based than that,” says Francis Lebouthillier, professor in the sculpture/installation program at OCAD University. “I’m used to recording demo videos and putting them online, but we’ve had to get creative with materials. If they can’t get clay, I’m telling students to use anything they have in their house—use macaroni, if you have to. We have to give them options under these challenging circumstances.”

Assessment of student work is another significant issue. The University of Alberta has shifted to a pass/fail system in lieu of letter grades. “We know that in the coming weeks, our human and technical resources will be stretched even further than they are now as our faculty and staff are impacted. Without those resources and without change, we will not be able to provide fair and equitable assessment for students,” says Melissa Padfield, vice-provost and university registrar at the University of Alberta. “The measures were the best approach to ensure instructors and students can successfully complete the winter 2020 term.”

But many students at the University of Alberta are unhappy with this move, as reflected by a petition to oppose the policy that had more than 11,000 signatures at the time of writing. Ethan Kreiser, the third-year University of Alberta student who started the petition, says students should have the option to take courses on a credit/no credit basis, but shouldn’t be forced to do so. “We, as a student base, have paid the money to receive a letter grade, not a participation ribbon,” he says. “For students applying to medicine, law, pharmacy, dentistry, grad school, scholarships, and many other fields, not providing the choice could damage their futures.” Meanwhile, the University of Calgary has elected to give students the option to take courses on a pass/fail basis if they wish to do so.

Across the board, a strong emphasis on flexibility seems to be a running theme. “It might be about offering a final assignment instead of an exam, or maybe a collaborative final exam. It’s about understanding that some students will not be able to do things on a short timeline, tech is going to break, some won’t have wifi at home, and so on,” says Alison Flynn, associate professor in the department of chemistry and biomolecular sciences at the University of Ottawa. ”It’s going to be disruptive, and maintaining communication with students through the transition is really important to me.”

Ashley Fortune, a fifth-year student majoring in French and English at the University of Moncton, received a survey from one of her professors asking for feedback on learning strategies, including questions about students’ access requirements, like whether they have the technological means to join a real-time conference call. “It has been overwhelming at times because of the sheer volume of new and unexpected information, but the school is doing its best to make sure everyone is apprised of any new developments,” says Fortune.

An enlivened conversation about teaching is, according to some instructors, a major upshot of the crisis. An international Facebook group called “Pandemic Pedagogy” where more than 26,000 members exchange tips about online learning has been created. “This is obviously not the ideal circumstance in which to mass-migrate courses online, but the community building that’s happening between professors, between students, and across research groups is wonderful,” says Flynn.

Universities are mobilizing to adjust to a crisis that’s moving at a dizzying speed, but challenges abound for students and professors alike. “This incident really highlights the complexity of these institutions, many of which are like small cities,” says Davidson. “Universities have a planning committee responsible for handling emergencies, but I’m not sure anybody anticipated something as vast and as rapidly moving as this. Student well-being and mental health has been a major priority, as we appreciate that this has been destabilizing.”

Correction: An earlier version of this story incorrectly stated that Francis Lebouthillier is chair of the sculpture/installation program at OCAD University.