An NSCC team participated in a six-month-long data analytics competition, illustrating the growing value of students connecting with employers—and vice versa—prior to graduation 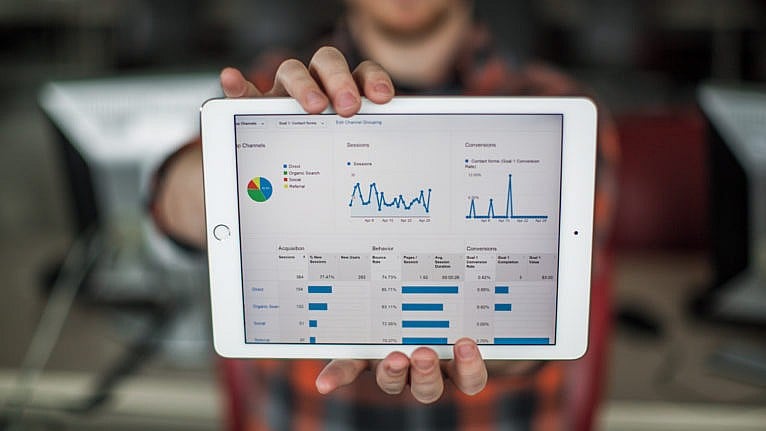 Stephanie Sheridan knew what she wanted when she enrolled last fall for a two-year diploma in data analytics at Nova Scotia Community College (NSCC): a career boost.

In 2018, with a degree in computing and creative arts from Queen’s University in Kingston, Ont., she moved with her husband to Halifax but could only find work as a restaurant hostess. “I needed a restart,” says Sheridan, now 26. The diploma program seemed a way “to get a foot in the door” in a fast-growing field, she adds.

What she did not expect was the experience of teaming up with six classmates from around the world—and almost winning—a new national competition for post-secondary students to solve problems for industry and non-profit organizations. The virtual Canada Comeback Challenge offered students a platform to demonstrate job-ready skills in a year of COVID-19 pandemic-forced cancellations of internships.

The six-month-long competition, which kicks off again this fall, illustrates the growing value that students place on connecting with employers—and vice versa—prior to graduation. Employers frequently say one of their challenges is “finding and hiring new talent with the skills they need,” says Matthew McKean, chief research and development officer at the Business and Higher Education Roundtable, the organization that sponsors the federally funded competition.

Encouraged to join the competition by an analytics instructor, the NSCC students selected their project from 87 real-life problems supplied to the organizers.

Their chosen challenge—how to track female candidates who run for elected office—was submitted by Equal Voice, a national non-profit that campaigns to address the under-representation of women in politics. “It’s a massive question,” says executive director Eleanor Fast, because the available data is spotty. “Basically, we have to do it manually and go into each riding at a time.”

Was there a way, her organization wondered, to automate the search to produce timely information?

The data-rich question appealed to the NSCC students. “We thought it would be most applicable to our program and help us grow as students and apply what we’re learning in class,” says Sheridan.

They recommended a cloud-based central repository that uses analytical tools to extract, refine and manage data from multiple sources; it can be updated regularly and presented visually in an interactive format for journalists, researchers and the public. “They did a great job with a very difficult question,” says Fast.

The students dubbed their system “IM4HER,” short for Information Management for Her Equal Representation.

They faced challenges, though. Team members from Canada, Mexico, Brazil and Bangladesh were in different time zones, taking classes remotely because of the pandemic. After class, they met virtually for up to three hours a week to develop a 10-page proposal for Equal Voice and, with mentors supplied by competition organizers, produced a polished three-minute video “pitch” for the judges. By mid-summer, the students still had not met in person.

Team captain Alonso Guerra, a 44-year-old from Mexico, enrolled in NSCC’s data analytics program last fall, not only to enhance his technical skills in telecommunications but also to start a new life in Canada. He studied virtually from Mexico and continued to do so after moving to Halifax last November with his family.

Working on IM4HER honed co-operation and communication skills prized by employers, he says, noting: “I had the opportunity to collaborate with colleagues from different backgrounds.”

Andrew Lafford, dean of technology and environment at NSCC, says participation in the challenge is an excellent addition to a student’s resumé. “These [activities] involve teamwork, critical thinking, problem-solving and dealing with time-sensitive pressures,” he says.

Demand for data analytics and related programs is on the rise. Next June, NSCC expects 675 students to graduate from nine of its information technology-related programs, up from 439 in 2015. Typically, 88 per cent of graduates land relevant jobs within six months of getting their diploma. Employers, Lafford says, “want us to pump out more.”

Sheridan initially thought the competition would run for one week. “I had never worked on a group project that big before,” she says, praising the professionalism of her teammates. “I felt I really had to step up, even though they never put expectations on me.”

Last February, NSCC was one of only three colleges (alongside seven universities) to make the top 10 finalists, with its student team winning second place a month later.

Sheridan says her career is back on track. “All of the goals I hoped to achieve by going to NSCC have been met.”

Correction, Oct. 18, 2021: A previous version of this article referred to Matthew McKean as Michael McKean.

This article appears in print in the Maclean’s 2022 Canadian Colleges Guidebook with the headline, “Scraping, meeting, growing.”