How to teach Indigenous self-government 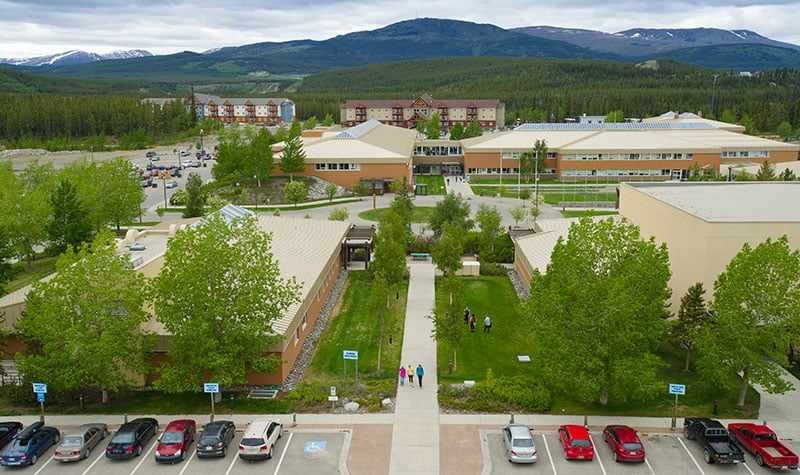 Cynthia James worked as an education support worker for Carcross Tagish First Nation and Ta’an Kwach’an Council, just south of Whitehorse, from 2006 to 2012. But she recently added a new badge of honour to her accomplishments, graduating from Yukon College’s First Nations governance and public administration program. “There hasn’t been, in the past, education relevant to governance, because [it’s] still new,” says James, 34.

For almost 150 years, First Nations have been governed by the federal Indian Act of 1867. As more and more First Nations challenged old treaties and negotiated new land-claim agreements, it gave rise to more autonomy in the form of self-governance agreements.

There are now 22 self-government agreements, and, as of April, there were 90 more in negotiation, according to the federal Ministry of Aboriginal Affairs and Northern Development.

Of 14 First Nations in the Yukon, 11 are self-governed, which means they develop their own laws and have greater control over their own lands and resources. “Everything is a learning process in building of a government,” says James.

Yukon College’s certificate program takes a community approach. “We have the 14 First Nations sitting at the table and writing the courses with us, which doesn’t usually happen. Usually it’s an academic in an office creating the curriculum,” says Tosh Southwick, director of First Nation Initiatives at the college.

First Nations governments differ from their colonial counterparts, in that they are built on traditional values such as respect for the land and consensus building.

Classroom discussions often cover language and cultural preservation and revitalization, or traditional laws such as citizenship or clans, says Southwick. “You get this course that is incredibly relevant and reflective of many different points of view. The dialogue happening in the classroom is just phenomenal.”

The program also brings in elders, respected members of the First Nations community, to share their stories.

Demand has been so steady for the part-time certificate program—it only takes 15 to 18 students each year, but they come from as far away as northern B.C. and the Northwest Territories (including small towns like Inuvik, Whatì, and Fort Liard)—that the college will offer a three-year bachelor of policy studies in indigenous governance beginning in 2017, and is adding a one-year post-graduate certificate in climate change and public policy.

Shadelle Chambers, 35, an elected councillor of the Champagne-Aishihik First Nation, says what began as a pilot project between her community and Yukon College in 2008 is now a speciality very much on the radar.

“It’s important to have educated and knowledgeable leaders and decision makers within our Nations.”

For James, the highlight was sitting in class with people who shared the same passion. “It was really easy to dream about what more we could be doing.”