Indigenous students on campus: Going past the equity handbook 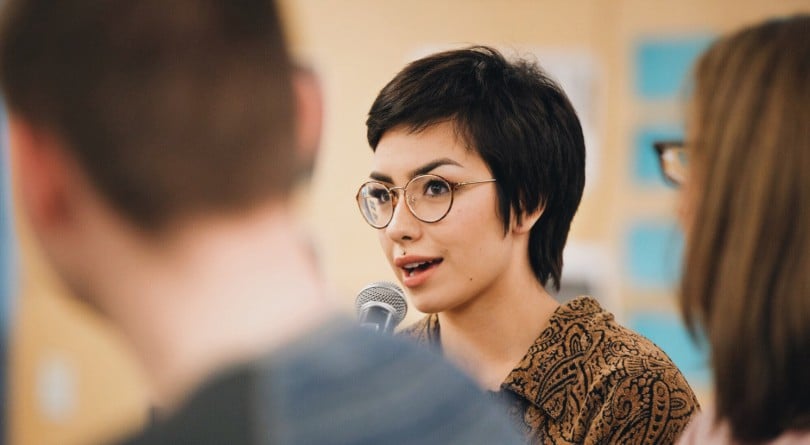 On my first day of university, we went over the rules of student housing. Quiet hours were as follows; guests were not allowed to keep keys; and you were not allowed to light things like candles or incense in your room. Hearing that last rule, a twinge of panic surged through me. I didn’t need to light candles or incense, but I did need to smudge.

Smudging is a tradition, common to many First Nations, involving the burning of sacred medicines. I smudged almost daily and feared that the university wouldn’t understand why it was so important for me.

But before our meeting, the floor leader had started with a land acknowledgement and talked about how, at this school, reconciliation and equity were important. Filled with cautious optimism, I privately approached one of the student life coordinators and introduced myself. I explained that I was a First Nation student and I needed to be able to smudge. I understood if I couldn’t do it in my bedroom, but where would be a place that I could? Obviously struggling for an answer, they told me to go outside to the street or the park.

Although this was only a small instance of cultural insensitivity, it was the first of many that proved to me that there are still ever-present barriers for Indigenous students trying to earn a degree.

MORE: How universities help fight to save Indigenous languages

Sen. Murray Sinclair, chairman of the Truth and Reconciliation Commission, once said, “Education got us into this mess, and education will get us out.” And while I believe this to be undoubtedly true, it’s hard to use education as a means to prosperity if the institutions providing the education aren’t set up in a way that allows us to prosper.

Like with all institutions in Canada, the process of reconciliation within universities is slow and tedious, but necessary. At a conference for Indigenous youth, I met a talented young Cree woman who had recently turned down a spot in Ryerson University’s journalism program. A non-Indigenous participant heard this and looked at her, shocked, and said, “Isn’t Ryerson’s journalism program one of the best in the country? If you don’t mind me asking, why did you turn down your offer?” After a brief pause, the woman looked at her and said, “It was a difficult decision for me to turn down that program, but necessary. I couldn’t imagine ever feeling comfortable knowing I was learning in a place named after someone who was responsible for such trauma of my people.”

Egerton Ryerson, the university’s namesake, was a key architect in the design of the residential school system, which violently removed approximately 150,000 Indigenous children from their communities.

The struggle I hear repeated most often by fellow Indigenous students is an inability to find community and culture in university life; two things that are often integral components of Indigenous ways of being. Some universities have created Indigenous-centred spaces providing relevant programming and a safe space on campus. These Indigenized spaces are incredibly valuable and successful, as proven through examples like First Nations House at the University of Toronto, which has been helping Indigenous students navigate the culturally specific challenges of university life for almost 26 years. But to have a space like First Nations House with its long legacy of community building is rare, and as a result, Indigenous students across the country are making this educational journey without a helping hand to guide them through the additional challenges that come with being separated from your land and culture.

Moreover, while some universities like Lakehead or Trent have increased and created Indigenous-relevant course requirements for all students, overall, changing curricula remains slow. Why is it that at some universities I have the option to learn Latin or ancient Greek, languages that are widely perceived to be dead, but I cannot learn Anishinaabemowin or the Iroquoian languages, which must be taught now in order to survive? I don’t question the value in learning additional languages, but I do question why the languages of Indigenous people have not been recognized as equally valuable. It’s hard to succeed when you don’t see examples of you or your culture reflected in positions of success or value.

Perhaps the most daunting changes needed in universities are those non-Indigenous people must make in their words, actions and beliefs. Facing violent rhetoric is a day-to-day occurrence for Indigenous students. Too many will tell you about the feelings of discomfort endured when a professor makes a reference to some aspect of Indigeneity, and the entire class turns to look at you for a reaction or response. We came to school to get an education, not to be your education.

MORE: Why Indigenous visibility is now part of our rankings

Some interactions for Indigenous students are not just uncomfortable, but truly emotionally violent. I think back to a conversation in one of my classes where another student expressed his opinion that residential schooling and the Indian Act were not as bad as Indigenous people made them out to be, and if we had just co-operated, things could have probably been a lot easier. No other student had either the courage or the knowledge to challenge this narrative, and the teaching assistant legitimized his stance as a radical but valid difference of opinion. I sat there, a status Indian and granddaughter of two residential school survivors, with fists clenched and tears stuck in my throat.

Correcting injustices like these require change beyond a policy rewrite or program implementation. They require a mass cultural shift and dismantling of more than 150 years of an entire society’s colonial conditioning—a tremendous but critical task.

I can offer no advice to universities other than to listen to the Indigenous staff, students, activists, elders and allies who have already been telling you what needs to be done for years. Remember that real reconciliation means a commitment to truth, and is a process of constant learning and unlearning. Strive to go beyond the land acknowledgement and equity handbooks and do the work that is less convenient but more impactful and meaningful. Provide resources, create more seats for Indigenous people at decision-making tables, and develop culturally relevant spaces so we don’t have to smudge in the park. And for the everyday person, do your part to educate yourself so you’re better equipped to support your Indigenous peers and advocate for positive changes. At the heart of it, a university is a community like any other, and strong communities are born out of individuals being the best version of themselves.

Right now, an Indigenous person is starting their first day as a teacher, and with education as their tool, they will ensure that the next generation of students grow up armed with knowledge that so many of us were not afforded, knowledge that’s needed to effect positive change. This is how we build strong nations. Sen. Sinclair is right: education will get us out of this mess. We all just have to believe in it and do our part to get there.

Riley Yesno is a Toronto-based student from Eabametoong First Nation and a member of the Prime Minister’s Youth Council.