Letter to my professor: Advice from a student

‘Hello! I’m #GenerationNext. One day, I’m going to be running a gluten-free yogourt stand on Mars.’ 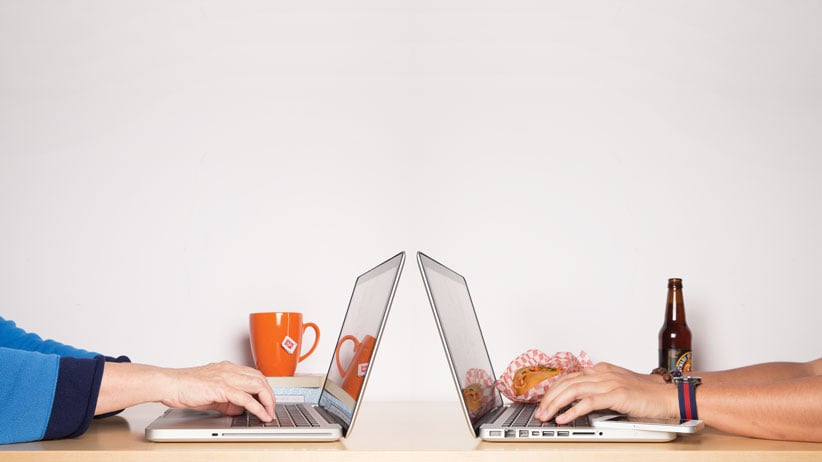 After my first semester of post-secondary education,  I feel I’ve matured a great deal. When I first came to campus, I was shallow and naive, unprepared for the rigours of academic life.  But now that I’ve aced Everything 101, I feel qualified to give you some friendly advice on how you might deal with the cohort of incoming students.

Firstly, I would recommend that you stop editing essays in cursive. Most of the kids you are teaching were born in 1999. You’d have an easier time getting them to understand hieroglyphics. (And don’t mention hieroglyphics either—most of them haven’t taken history since Grade 10.)

In fact, I think you can do away with essays altogether, and with the endless griping over this generation’s supposed lack of communication skills. It’s totes inappropes. We’re not illiterate, okay? We’re post-literate. We’re, like, beyond literate. We’re so literate, it literally makes no sense.

Maybe instead of writing essays, students could provide an emotional response to course material via a series of carefully selected emojis. For example:

What were the long-term effects of the signing of the Magna Carta?

If you do have to keep essays as part of the curriculum, the least you can do is stop making us do our research at the library.  Seriously, am I an archaeology major? Do I really have to go dig up my “works cited” in the Badlands?

I know, I know: I should learn to use the library, because one day the Internet may not be there to give me all the information I need to survive. But honestly, if the Internet goes, I feel like the zombiepocalypse won’t be far behind, and it’s not like we’re going to beat back the undead with copies of Gulliver’s Travels.

By the way, what’s with all this harping on the past? I’m so sick of being told that I don’t know enough about history. Hello! I’m #GenerationNext. One day, I’m going to be running a gluten-free yogourt stand on Mars. Who cares if some Vikings invaded France back in the 1970s or whatever? I’m over it.

Lectures are another area that could use improvement. I know you professors love the sound of your own voices, but for three full hours?  If I were you, I would make an effort to edit them down to a series of easily digestible sound bites. If physicist Brian Green can bang out a TED Talk explaining the multiverse in 21 minutes, why does it take you 180 to explain the decline of the Roman Empire?

If you’re really serious about finding a way to engage incoming students, challenge yourself to boil your lesson plan down to a series of SpongeBob SquarePants GIFs.
What is a GIF, you ask? Let me try to explain it in a way that would make sense to someone with your long experience. You know photographs, right? Well, like a hundred years ago, Thomas Edison found a way to make them move. Then  Steve Jobs invented the Internet circa 1999. The rest is history. Bottom line: Anything that can’t be taught by a whimsical creature who lives in a pineapple under the sea is probably not worth knowing.

I could go on like this for hours, but if you want the full scoop, just visit RateMyProfessors.com. That’s the most efficient way for you to find out what students really think. For example, you might discover that my classmates find you “moody” and think your bangs make you look like a troll. I may not agree, but still—valuable feedback! Lastly, I just had a quick question about my paper. I think there must have been some kind of mistake re: grading.

It looks like you tried to give me a B, but gave up halfway through. So instead, I’m looking at a straight vertical line with two horizontal sticks hanging out the right-hand side of it. I’ve never seen anything like it before! Thought you could clarify.

P.S. I’ve CC’d my mum on this email as well. She’s an alumna and a very generous donor. No big deal.

Robbie Woods will graduate from the comedy writing and performance program at Humber College in Toronto in 2016. He is an essayist, stand-up comedian and playwright.