Curatorial studies at Carleton University: the past's next generation 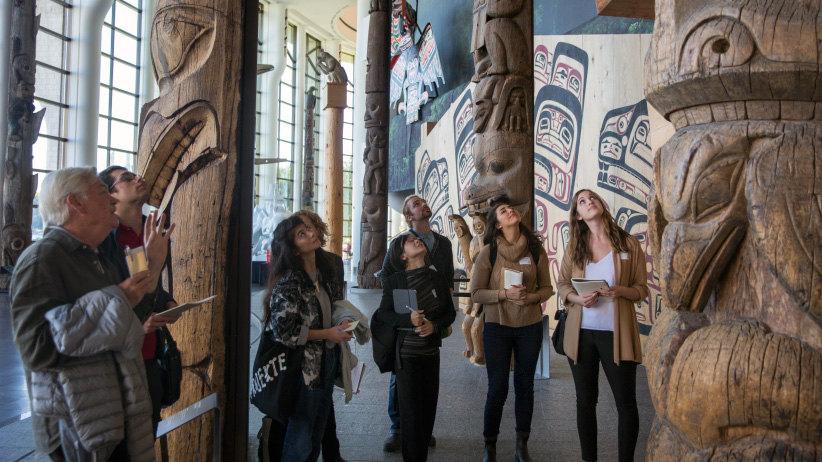 After three years of working with the National Gallery of Canada to offer work placements to students, Carleton University is solidifying the relationship with a new graduate diploma in curatorial studies. The program helps students learn more about curatorial practice through an interdisciplinary approach, providing opportunities to focus on curating film, science, history and other areas, in addition to art and anthropology.

Part of the National Gallery’s role is to give students a window into the inner workings of a large institution, where they can sit in on acquisitions meetings and watch some of the behind-the-scenes negotiations. National Gallery associate curator Erika Dolphin says the program ensures the next generation will be equipped with concrete knowledge, from how to propose exhibitions to the secrets of how to work with different departments to bring projects to life.

Art history professor Ming Tiampo says a major focus of the program is training curators to engage with the public. “It used to be that the model of the curator was someone who took care of collections almost in a monk-like way,” Tiampo says. Now, the profession involves connecting with different communities in an ongoing dialogue. “That has to do with shifting ideologies about the role of museums, and it has to do with the assertion of communities who have said, ‘You can’t just represent us without consulting us.’ ”

Museums have made serious mistakes when they’ve neglected the people represented in their exhibitions and collections. Last year, after more than 20 years of calls for an apology for the 1989 exhibition Into the Heart of Africa, the Royal Ontario Museum formally issued one. In presenting an exhibit featuring images and artifacts collected by missionaries, the museum admitted it had “perpetuated an atmosphere of racism” and “the effect of the exhibition itself was racist.” Recently, the British Museum landed in trouble after a curator, responding to a Twitter question about making exhibit labels accessible, said “Sometimes Asian names can be confusing, so we have to be careful about using too many.”

Tiampo also points to the 1988 exhibition The Spirit Sings at Calgary’s Glenbow Museum, which sparked protests and a boycott organized by the Lubicon Lake Nation. The community objected to the exhibit being sponsored by an oil company that was drilling on their land, as well as the lack of Indigenous curatorial input into the display of hundreds of Indigenous artifacts and sacred objects.

Tiampo says the reaction to the Glenbow exhibition was an important moment for curators: it raised awareness and was the catalyst for a taskforce that has defined best practices for museums in creating new relationships with Indigenous communities and improving representation in cultural institutions. “Translating information and material insights into wider access is a very important part of being a curator,” says Carleton anthropology and art history professor Stephen Inglis. “But it’s also highly political.”

Canada’s museums and galleries still have work to do, and faculty at Carleton are hoping to train the next generation of curators with those issues specifically in mind. “The idea that, in order to be a better curator, one actually engages with the public—this is something that’s very important,” Tiampo says.

Before coming to Carleton, Inglis spent five years with Aanischaaukamikw, the Cree cultural institute. He says Canadian curators need to recognize that museums, historically, were institutions designed to collect and display evidence of what were deemed to be disappearing peoples. “Museums in Canada, especially the big colonial museums, were based on Aboriginal collections . . . They were imagining that they would show them in the future to white people to tell them what ‘Indians’ used to look like,” he says. Now, “there’s many more First Nations who can imagine a time when they can take control of their own history.”

When controversy occurs, it often results in “reconfiguring the institution,” Inglis says, “to change it from just a storehouse for research among a certain class of people to public interchange in Canadian society.”

Public institutions like the National Gallery recognize that their collections belong to all Canadians, and the gallery is responsible for making its work accessible and relevant to the broader community. Training the curators of the future means looking critically at the idea of who the country’s cultural institutions are for, and how curation can spark a conversation or make meaningful change to our understanding of history by providing the right context and presentation for a museum’s collection.

“This is really about thinking about the humanities in a very expansive sense . . . and what it can do in terms of making the world a better place,” Tiampo says. “The days of the curator being able to shut themselves up in an ivory tower are over.”