Next 36 recruits future business stars from schools across the country 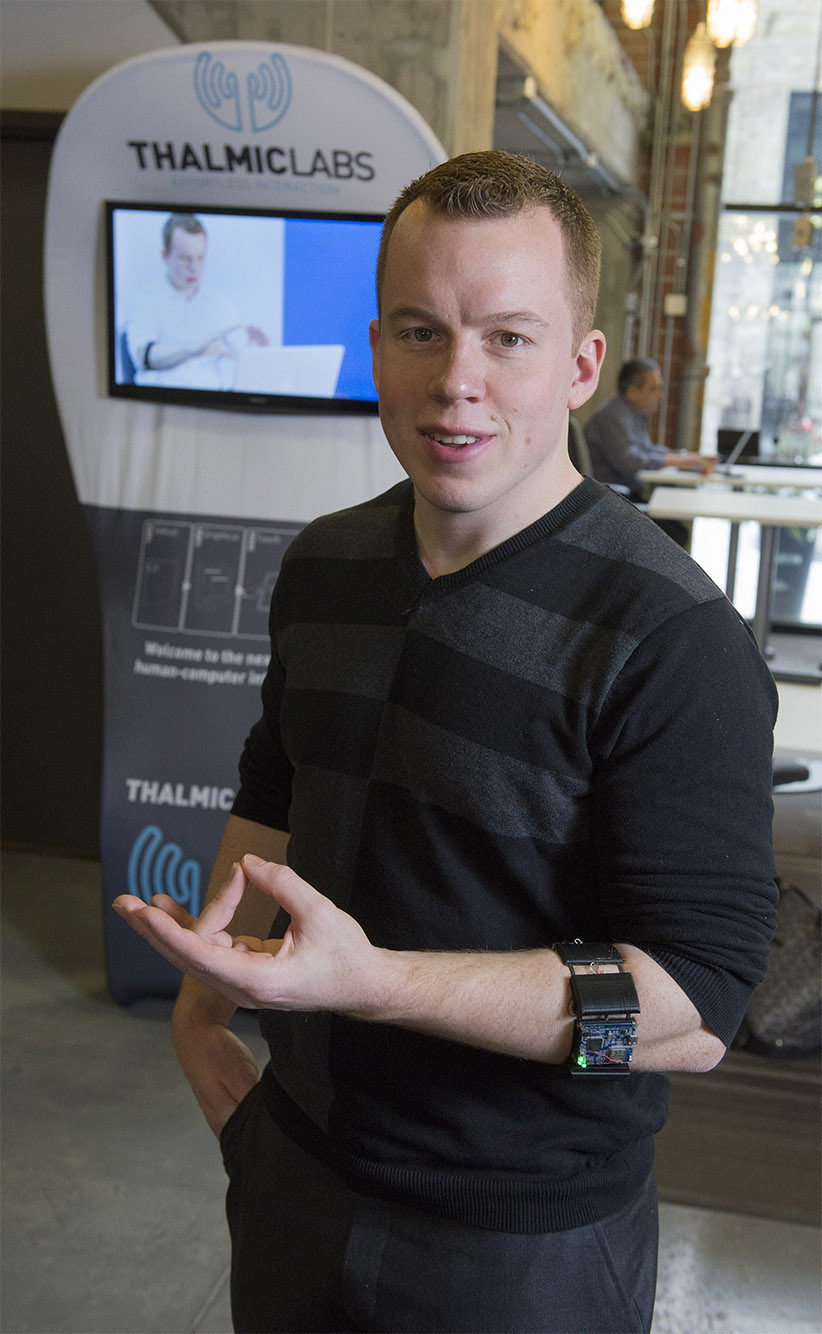 Five years after graduating from a bold educational initiative known as the Next 36, Canadian tech phenom Stephen Lake joined a cross-Canada campus tour this fall to recruit the 2017 cohort of student entrepreneurs with the capacity to think big.

Entrepreneurship classes, incubators, accelerators and boot camps have sprung up at virtually every college and university in the country, offering students a variety of options that didn’t exist until a few years ago. Still, Lake says there is nothing comparable to the program delivered by the Next 36, which packs a powerful combination of academics and real-life business application into an eight-month course.

The not-for-profit charity was formed in 2010 by a group of pioneering professors, entrepreneurs and business leaders concerned that Canada was not doing enough to shape and support home-grown entrepreneurs with the drive and intellectual spark to create world-class enterprises and close the prosperity gap with the United States. That prosperity gap persists today, says Peter Carrescia, president of NEXT Canada, parent organization of the Next 36 and Next Founders, a program to support entrepreneurs who have already established their businesses but need help scaling up.

Every September, the Next 36 scouts Canadian campuses, plucking rising stars from third- and fourth-year undergraduate programs, as well as from the extracurricular entrepreneurship clubs and innovation hubs affiliated with the various universities.

Lake, 26, whose wearable-technology company just announced one of the largest venture-capital deals in Canadian history, first learned about entrepreneurial financing from a visiting Harvard professor at the University of Toronto, where the Next 36 provides master’s-level classes to its three dozen hand-picked students.

There, as a young engineering major, he studied strategies for raising capital and negotiating term sheets (which detail the terms and conditions under which an investment will be made). The lessons served Lake well once he finished his degree in mechatronics engineering at the University of Waterloo and co-founded Thalmic Labs Inc. in 2012 with two classmates.

When they first ventured out to raise early-stage funding, the reaction from investors “was like, ‘Holy crap, how did you guys know how to negotiate all the minor points?’ ” remembers Lake, who’s now CEO of Thalmic. “We ended up with a killer deal,” he tells a rapt audience of University of Waterloo and Wilfrid Laurier University students considering applying to be part of the Next 36, which runs from January to September.

It’s free, but involves a significant time commitment. For the first four months, the students do double duty, completing academic years at their home campuses and working, sometimes remotely, with entrepreneur mentors and co-founder teams to plan their ventures. For the final four months, after the academic year has ended, they spend the summer taking courses and working with entrepreneurs to take their ideas to the start-up stage. (They do pay room and board.)

Thalmic Lab’s latest round of financing raised US$120 million and will enable the Kitchener, Ont.-based company to push ahead with more innovations in human-computer interaction. The company’s first product, the Myo armband, which launched in 2013, reads the electrical activity of muscles to control external technology, hands-free, through arm gestures and motions. Among other uses, the product has enabled amputees to control the movements of prosthetic limbs.

Paul Shenouda, a mechanical engineer who holds a master’s degree in innovation and technology management from the Université de Montréal, was recruited by the Next 36 at a start-up festival in Montreal. A graduate of the 2016 class of entrepreneurs, Shenouda, 26, is a co-founder and vice-president of innovation at Hexa Foods, a Montreal-based company that manufactures pet food made with edible insects. Their first product, BugBites, is a line of dog treats made with cricket protein and other natural ingredients.

Shenouda says he and his co-founders, a sales professional and an investment-banking analyst, developed the idea after reading a UN report on the possibility of integrating insects into the food system—both as a means of reducing global hunger and as a more environmentally friendly alternative to conventional food production operations. While it might take a while to sell humans on the concept of cricket flour, dogs like BugBites, and the business is expanding, says Shenouda, who spoke at the Next 36 campus recruiting events at McGill University and Université de Montréal. 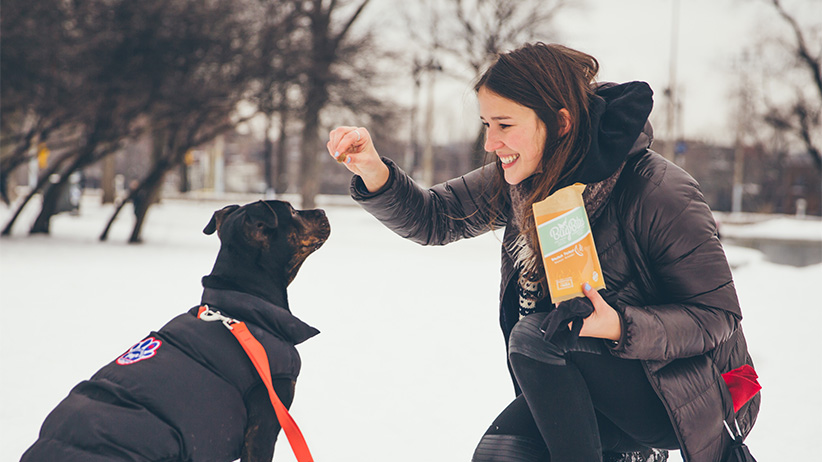 Incubators: Inspiration—like the idea of dog food made from insects—can come from anywhere, but you have to know how to raise capital

Ron Glozman has taken a leave of absence from his studies—dual undergraduate degrees in computer science at the University of Waterloo and business administration at Wilfrid Laurier—because his venture has taken off and requires full-time attention. His company, Knote.me, has developed a system to help large clients such as governments and legal firms with data security—“keeping confidential information private,” he says. “So the Hillary Clinton email scandal, for example, that’s something we could have helped prevent, and that’s really our pitch.”

The 21-year-old entrepreneur’s high-powered company advisers include Ajay Agrawal, a Next 36 co-founder and the Peter Munk professor of entrepreneurship at the University of Toronto’s Rotman School of Management. Agrawal teaches the economics of entrepreneurship to the Next 36 students, who also take condensed courses in strategic experimentation and crowd-funding, trade and tariffs, market research and digital-market strategy. At the same time, they get how-to guidance from seasoned Canadian entrepreneurs and access to up to $50,000 in seed funding to turn their ideas into start-ups.

But students don’t have to crack the Next 36 to test their entrepreneurial chops. There is now something at every Canadian campus in the way of credit courses or extracurricular opportunities. In addition to their academic studies, Glozman and Lake both came through the University of Waterloo’s Velocity program, a start-up incubator where students get practical advice through all the stages from idea to product development to commercialization. The program provides students with the tools, space and networks to launch their businesses.

As a freshman, Shenouda says he didn’t really know much about entrepreneurship, but an elective undergrad course at U de M piqued his interest.

The rapid proliferation of entrepreneurial studies programs has sparked questions in academic circles about what knowledge, exactly, these courses are supposed to convey and how they are evaluated. How do you teach someone to think like an entrepreneur? “I can’t argue against the idea of trying to instill more entrepreneurship in our students,” says Harvey Weingarten, president and CEO of the Higher Education Quality Council of Ontario, a provincial government agency with a mandate to conduct research and recommend policy to improve quality and accountability at the post-secondary level. “But which programs, out of the myriad programs that are being mounted in the colleges and universities, are successful, and what are the elements of these programs that we could transfer to other programs?”

The definitions of success may well vary from institution to institution, and that’s fine, “as long as they can articulate what they mean by it and how they are going to measure it and go through the process of evaluating outcomes,” Weingarten says.

Realistically, no institution can promise that if you take a certain course, you will become a successful entrepreneur, Lake says. Students should take it upon themselves to determine what they want to do, what they need to know and where they should go to get that knowledge. “I believe a lot of students would have an interest in entrepreneurship if they had a course,” says Shenouda. “It doesn’t replace the actual fact of doing it, of starting a business. But the way I see it, universities, colleges or even high schools should have an entrepreneurship course to at least spark the interest of students who have that in them, the same way we spark it for physics or politics or history or art.”