How Loyalist College is helping with a massive nuclear clean up

Launched this year, a new program at Loyalist College aims to provide technicians for a $1.2-billion cleanup project 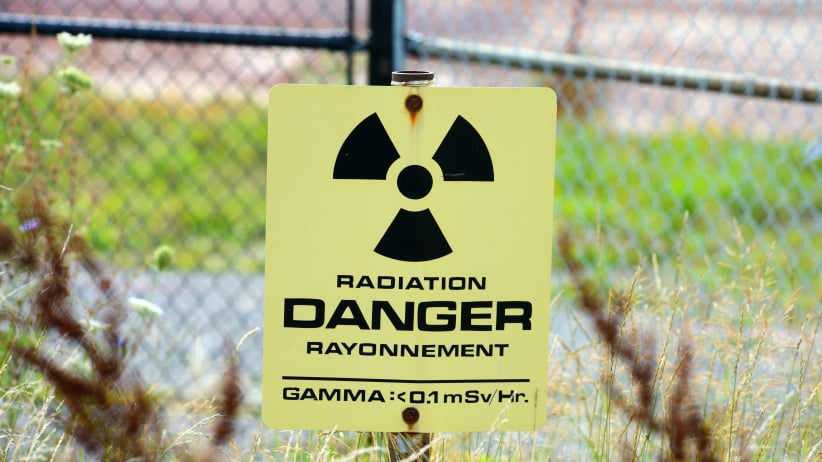 Students from a new program at Loyalist College could soon have a place to use their expertise, as the nearby community of Port Hope prepares to clean up radioactive waste left behind by decades of uranium refining.

This September, Loyalist College, which has its main campus in Belleville, Ont., launched its new one-year radiation safety certificate program. The program teaches students how to track and record radioactivity, conduct inspections and train others on proper safety procedures, among other skills.

In 2012, the Canadian government announced it would invest more than $1.2 billion in the Port Hope Area Initiative, the largest cleanup of low-level radioactive waste in the country’s history. Port Hope’s history with nuclear technology started in the 1930s with the opening of Eldorado Nuclear, a uranium and radium refining company, which later became a Crown corporation. The company operated in the area for decades, creating the 1.2 million cubic metres of low-level radioactive waste, at 16 sites around town, that will be cleaned up as part of the initiative. The waste will be removed and stored in a new long-term waste management facility.

In 2015, Kevin Narraway, manager of marketing and economic development for the municipality of Port Hope, learned that there would be a need for radiation protection technicians to work on the project. So Narraway contacted Drennan to ask about creating a program at Loyalist to qualify individuals to fill these coming jobs. “We realized . . . it’s probably worthwhile to have some sort of training in the community,” he says.

Loyalist already had experience training professionals in the nuclear field. In 2013, the college partnered with the Department of National Defence to provide a certificate program that would train chemical, biological, radiological and nuclear operators. Trainees specialize in protection against unconventional weapons, and receive instruction in the fields of chemistry, organic chemistry and microbiology.

That partnership led Narraway to reach out to Drennan about creating the radiation safety program. “Obviously radiation was a component of that program, so that was really the connection,” Drennan says.

Narraway says that in addition to the cleanup positions, Loyalist’s program will qualify students for jobs in the community at the Cameco uranium conversion facility, at local hospitals in radiation medicine or at two nearby nuclear power generating stations.

Drennan believes Loyalist’s newest program will help Port Hope. “The community needs it,” she says. “From our perspective, it builds on expertise that we’re keen to enhance and it supports the municipality.”

The college even opened a new campus in downtown Port Hope this September specifically for the radiation safety program. The program will see local professionals from Cameco, OPG and Amec Foster Wheeler give demonstrations and guest lectures, while also taking students for site visits. Twenty-five students are currently studying at the downtown Port Hope campus, and Narraway says the community will benefit from having the campus and its students in town. “Like a lot of small towns, we have an exodus of youth. This is a way of keeping young people in the community, so that’s very important,” he says.

To Narraway, Loyalist’s new Port Hope-based program demonstrates a positive outcome of the Port Hope Area Initiative. “It shows people that there are some positive things happening. There are jobs being created, there are post-secondary schools coming,” he says. “When you have a $1.2-billion injection of anything into your community, it starts to have a profound effect.”