Organic Farming Training: Get your hands dirty in Quebec

A new program for farmers 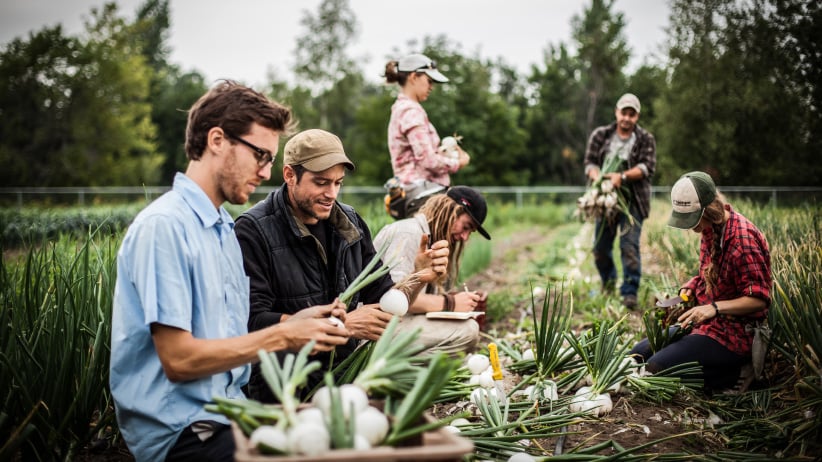 Students on a farm near Victoriaville, Quebec. (exposeimage.com)

The Organic Agricutural Complex at Cégep de Victoriaville is seeking Canada’s budding organic farmers. The school, home to a three-year technical program in agricultural study, is preparing an additional 4,400 sq. m in new facilities that include ultra-modern greenhouses, along with an investment in state-of-the-art equipment and an increase in room outdoors for young farmers to do their work.

Until recently, most of the CEGEP’s experimental farming had been done off their property, which limited research possibilities. In 2016, the school invested $550,000 to acquire 55 hectares now dedicated to development, crop breeding and vegetable production.Thanks in part to a $4.28-million grant from the federal government, which was matched by private donations and provincial funding, the complex should fully open its doors in 2018. Once complete, it will be among the largest agricultural campuses in the country.

MORE: The Maclean’s Guide to Getting In

Just in time for the 30-year anniversary of the farm program, this $20-million project is the “most important” investment the institution has made in its history, according to CEGEP director-general Paul Thériault. “And we are 100 per cent certiﬁed organic,” he notes.

As far as student learning goes, the experience will be “as if you have been hired on a farm. This is not a classic college,” says Pierre-Antoine Gilbert, who is a teacher and coordinator for the program. Gilbert anticipates the new buildings will “change the entire dynamic” of labs, signiﬁcantly increase the capacity of their more practical courses and position Victoriaville at the cutting edge of agricultural research and technology. Students who complete their farming program usually go on to operate their own farms or work within larger companies, he adds. One recent graduate manages a rooftop garden for a grocery store in Montreal. 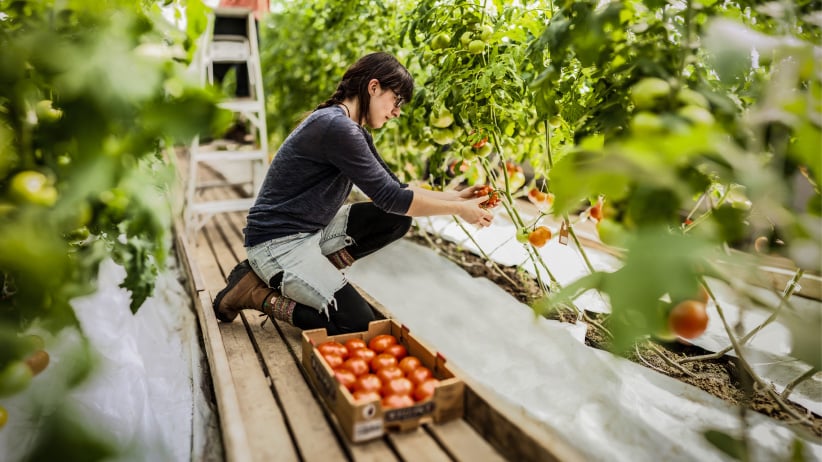 A student cares for tomatoes in a greenhouse near Victoriaville, Quebec. (exposeimage.com)

Even if the economy is slow, Gilbert says, there are always jobs in the literal ﬁeld. The federal government estimated Canada’s organic industry was worth $485 million in 2012. This year, from January through July, the total value of tracked organic exports was $312.3 million, according to Patrick Girard, a senior media relations ofﬁcer at Agriculture and Agri-Food Canada, “but this ﬁgure does not capture all such exports.”

The Victoriaville program prepares students for the real world with transferable management skills, organizational and performance standard setting, and marketing experience. “It’s one thing to produce vegetables but it’s a whole other thing to sell them,” Gilbert says. “We want to raise some great entrepreneurs, great businessmen and -women . . . the complete package.”

Perhaps most exciting, students have the opportunity to participate in an internship on the ferme-école (farm school) during their ﬁnal year—applying theory, creating crop plans, taking care of their land and reaping what they sow. A forthcoming incubator program, in conjunction with groups such as the Centre d’innovation sociale en agriculture, will also integrate social innovation studies into the mix.

This research is an “added value” for students, explains Jean Duval, the coordinator of the Centre d’expertise et de transfert en agriculture biologique et de proximité, known as CETAB+, which has been a research partner with the college since 2010.

Crop protection, organic vegetable production and processing are just some of the topics of study ahead of them, he said. There are also plans for focused organic cranberry research. The college is also developing a program in urban agriculture as another incentive for students to come and study. “[Organic farming] is a real worldwide movement,” Duval explains—not a trend. “Our students are not farmer-related necessarily but they are interested in making a way of living that works for them.”

The school anticipates 220 students will get their hands dirty by 2021.