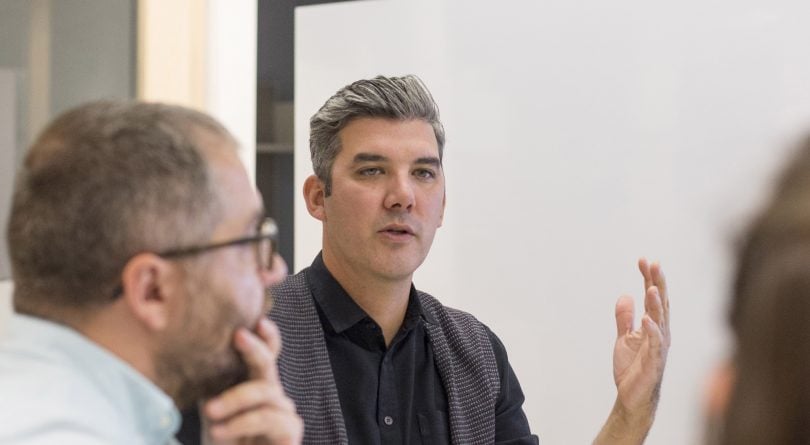 It’s been a busy few months for the Yellowhead Institute. Ryerson University’s new think tank is doing what a think tank does: analyzing government policies, recruiting academics and conducting research on community projects. But Yellowhead is doing something that’s never been done before at this level. The institution focuses on Indigenous people and filters all that work through an Indigenous perspective.

The centre was formally opened in June, but it has been suggested by Indigenous leaders and thinkers for years. The name comes from William Yellowhead, the first chief of the Rama First Nation in Ontario. “We were sort of modelling it on the think tanks that currently exist in Canada and North America, and we saw the organizations like the Laurier Institute,” says Hayden King, the director of the institute. “What would it look like to have an Indigenous institute named after someone we could aspire to?”

King has taught Indigenous politics and policy for more than a decade at multiple universities and is an adviser to the dean of arts on Indigenous education at Ryerson. He is also Indigenous, as are all the research fellows and the majority of the board members. Together, they crafted five key objectives: support First Nations in their self-determination, hold all levels of government accountable, invest in public education, support Indigenous students, and build solidarity with non-Indigenous students and researchers. “We want to try to change the way research is done in communities, and provide a model for how to do that for other individuals and other organizations,” King says.

For King, looking at public policy from an Indigenous perspective is novel, because not many organizations or First Nations have the resources to do a deep dive into those issues. “For many generations, First Nations have dealt with this chronic underfunding at the community level,” King says. “Leadership have often been forced to make difficult decisions about where they allocate funding. Is it to clean water, or is it to transportation or infrastructure?”

RELATED: How Indigenous scholarship winners are busting myths and stereotypes

One of the first issues King and his staff are looking at is the Recognition and Implementation of Indigenous Rights Framework, an effort by the federal government to take a sweeping look at changing the relationship between Indigenous people and government systems; it could encompass any number of policies before its implementation in October 2019. But it’s complicated and removed from the daily life of many people. That’s where Yellowhead comes in. “There is a really glaring gap in the landscape for any organization like this to offer critical perspectives to those communities on government policy and legislation, and then support for cultivating and building their own,” King says.

While there are First Nation research chairs and university departments around the country, Yellowhead is the first institute of its scope and size in Canada. Fifteen research fellows from across Canada have signed on to work with the group, publishing near-weekly briefs dissecting various subjects.

It’s been an ambitious first year, but one that has been a long time in the making. King and his staff have spent years working out how to launch Yellowhead, and how they want to support First Nation communities. For them, it’s about supporting students and building those relationships, but also “changing the discourse in the country, which ultimately supports communities, and making the research relationship more just. It is ambitious, but we’re committed.”