Students respond to OSAP changes: 'We are moving backwards' 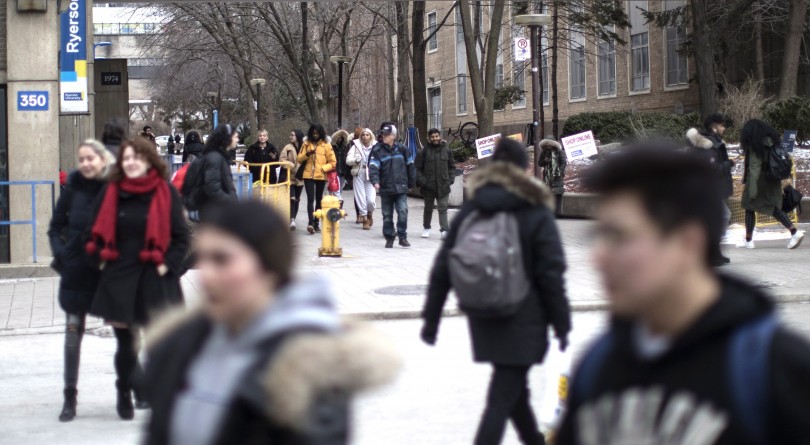 A general view of the Ryerson University campus in Toronto, is seen on Thursday, January 17, 2019. The Ontario Government has announced it's changes to student tuition programmes. (Chris Young/CP)

One student worries about having to find a second job. Another complains the government has assumed she relies on her parents for financial support. A recent graduate feels he has no room to breathe. A day after Doug Ford’s Conservative government announced tuition cuts along with changes to the Ontario Student Assistance Plan, students were coming to terms what the new rules mean for them.

“I feel like we are moving backwards this year with the changes the government is making. They are doing the exact opposite of what we asked for,” says Sophia Xia, a third-year concurrent education student at Queen’s.

“I also don’t think it’s fair that our grants are dependent on our parents’ salaries; I pay for tuition, rent, and food by myself without my parents help, so my parents’ salary has no impact on my own finances. However, I still have to claim it on OSAP,” Xia adds.

Under the old rules, many students were eligible to receive grants up to the full cost of their tuition. Now, the majority of grants will go to students whose families earn $50,000 or less per year, while the rest will receive funding in the form of a loan.

The government also announced tuition fees would decrease 10 per cent for the 2019-2020 academic year, and then be frozen the following year.

“I’m really disappointed with these new changes. The government’s decision to cut grants means I will have to work more, which will take time away from my studies. I actually might have to get a second job. It may also prolong the amount of time it will take me to get my degree,” says Andre Plowell, a first-year psychology student at York.

Crysta Montiel, a third-year philosophy student at U of T, said she previously received the majority of her OSAP as a grant. According to the government’s new formula, her grants will be reduced to 40 per cent with loans at 60 per cent. Further, the total amount won’t cover her tuition. “Unfortunately, you’ll find that this is going to be the case with most students who need OSAP,” she says.

In addition to the changes to grants, OSAP will also be removing the six-month grace period for graduating students who received loans from the government, meaning students will be charged interest immediately after graduation.

“School has put me in significant debt. Now, rather than giving me some breathing room to find a job and get my finances organized, I will have to start paying off my loans right away. Despite the fact I’ve just graduated, I’m still dealing with stress associated with school,” says Jean-Luc Ducamp, a recent communications graduate from the University of Ottawa. Eliminating the grace period brings the provincial policy in line with federal rules in order to “reduce complexity for students,” the government said in a news release.

“Despite what the official rhetoric espouses, there is absolutely no advantage to slashing the six-month grace period for students, or shifting from a more grant based to loan based system. These steps ensure that students will be further in debt and further in a precarious situation after graduation,” says Alexander Shah, a recent political science graduate from Western.

In response to the changes, Monteil and Shah have organized a protest for January 25 at Yonge-Dundas square. The demonstration will march from the square to Queen’s Park.

The previous Liberal government increased the grants available under OSAP. But those changes only increased enrollment by two per cent while hiking costs by 25 per cent, Ontario’s Auditor General found. “Instead of using OSAP to indirectly subsidize future rounds of tuition hikes, we will focus our resources on the families in greatest need while challenging our partners in the postsecondary sector to deliver better value for the high tuitions they already charge,” Merrilee Fullerton, Minister of Training, Colleges and Universities, said in a news release.