The cost of a Canadian university education in six charts

Tuition is only part of the cost of going to university. There's also the cost of books, food, travel and the occasional beer. Here's how students finance their education.

Students living at home spend $9,300 per year on average. For those who move away, it’s closer to $20,000. We asked 23,384 students how they pay for school and where they spend their money. Here’s what they told us.

MORE: Create a university ranking based on what’s most important to you

1. The total average cost of a post-secondary education 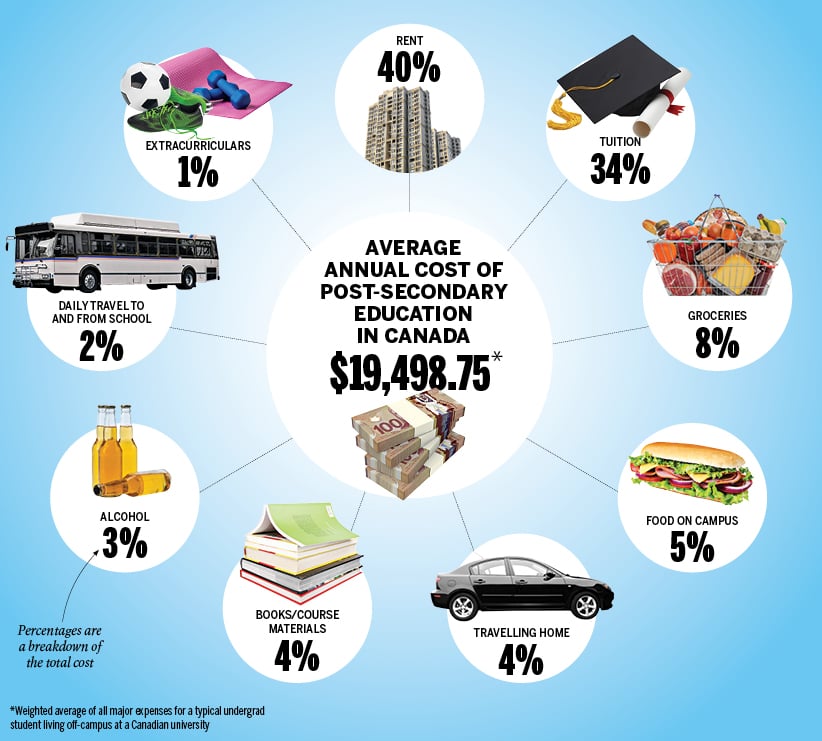 2. Where does the money come from to pay for school?

First, the good news: only half of students are in debt. Now the bad: parents are picking up the slack—and not in a very efficient way. Nearly two-thirds of students say they don’t have an RESP.

3. The cost of books by program

Course materials account for a fraction of the total cost of university, but they still add up. Here’s how the least and most expensive programs compare on the cost of books.

4. Debt by year of study

The average level of debt by each year of study, based on responses from more than 11,000 indebted students.

5. Spending on food on campus in a typical week

6. How much do you spend on groceries in a typical week?

This is an update of a story originally published on October 19, 2017.