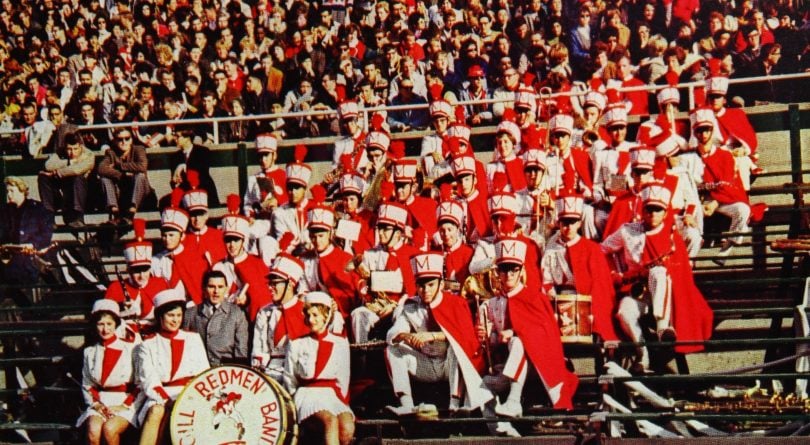 Tomas Jirousek, a fourth-year varsity rower at McGill and a member of the Kainai First Nation in southern Alberta, spent the third year of his undergraduate career working to change the name of McGill’s varsity teams. Since the late 1920s, the school’s male athletes have been known as the McGill Redmen—a moniker that’s generated plenty of controversy in recent decades, thanks to its association with harmful stereotypes of Indigenous peoples. Jirousek’s campaign ofﬁcially launched with a rally on campus on Oct. 31, 2018, when students chanted “change the name” and “not your Redmen.” The demonstration coincided with a petition and an open letter to the administration; Jirousek and other supporters continued to campaign afterwards. In November 2018, the Students’ Society at McGill held a referendum on changing the name, and 79 per cent of students voted for change. On April 12, 2019, following decades of backlash capped off by Jirousek’s efforts, the administration ofﬁcially announced that it would drop the name.

Professor Fabrice Labeau, deputy provost, student life and learning, is putting together a steering committee that will come up with a new name. Before the publication of this article, the administration declined to comment on the structure of the committee or whether there would be Indigenous representation. A spokesperson said that the provost is ﬁnalizing the committee’s membership and that it “will engage our varsity athletes, and the broader McGill community.” In the interim, the male varsity teams are simply called the “McGill Team.”

Jirousek hopes to sit on that naming committee. He wants the male varsity teams to carry the same moniker as the women’s teams—the McGill Martlets, whose namesake is a ﬁctional bird that appears in the university’s crest. But the women’s division has its own sordid history: the teams were colloquially known as the McGill Squaws in the ’60s; “squaw” is a slur historically used to describe North American Indigenous women. The term fell out of favour in later decades, but the men’s name stuck around. “Our varsity women’s teams have had a lot of success with the Martlet name, and no one is offended by it,” says Jirousek. “As a varsity male athlete, I could proudly get behind that name. I think they’ve done a beautiful job of championing it.”

RELATED: Indigenous students on campus: Going past the equity handbook

Jirousek didn’t expect his efforts to gain nearly as much traction as they did. “Initially, I had intended it to be an educational campaign to raise awareness of the issue on campus. I mean, Indigenous students have been trying for several decades to change the name,” says Jirousek. “It really helped when outside media sources started paying attention and putting additional pressure on the administration.”

When it was ﬁrst chosen, the Redmen name did not refer to North American Indigenous peoples. It originated from the colours traditionally worn by the team and possibly referred to founder James McGill’s Scottish heritage. But, in the mid-20th century, the name took on a decidedly offensive character. The men’s teams were colloquially referred to as Indians from the early 1930s onwards, and references connecting Indigenous peoples to varsity athletics appeared repeatedly in McGill media. A 1958 yearbook had the caption “Redman scalped” under a photo of an injured hockey player, and hockey and football uniforms featured a stylized logo with a headdress through the 1980s. In the early 1990s, obvious references to Indigenous stereotypes—like the logo—were removed, but the institution decided to keep the name, given its benign origins.

But Jirousek doesn’t think the name’s origins justified keeping it. “I liken it to any other slur,” he says. “I’m also queer—openly gay—and I’ve been called all these other words that hurt me and isolate me as a queer person. The Redman name does the exact same thing. It has become associated with problematic ideas of Indigenous people.” 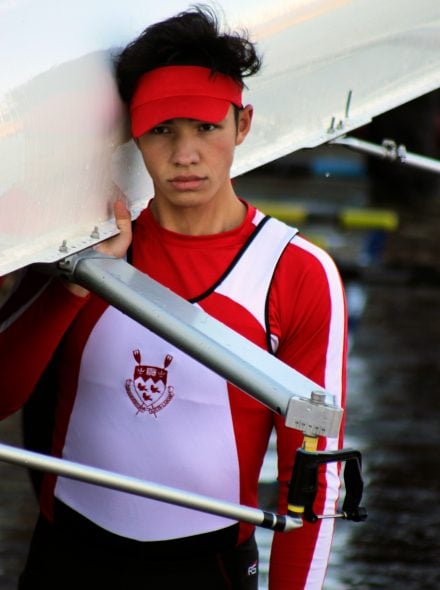 Jirousek says Indigenous peoples are the ultimate authorities on which words and phrases harm their communities. “It isn’t for anybody else to dictate when we are allowed to be heard, and that came up a lot during the name campaign. One or another historian would point to the name’s origins, but it’s not for non-Indigenous people to dictate to our community what is and is not offensive,” said Jirousek. “We’ve articulated over decades that the Redmen name has been used as a slur. That it hurts us in the same way any other slur would.”

The controversy has been around for decades, but a few key events over the past ﬁve years seem to have forced the administration’s hand. In 2015, the Truth and Reconciliation Commission of Canada published a report calling on Canadian institutions to “honour the past and reconcile the future.” The report heavily focused on addressing the harms inflicted on Indigenous communities by Canada’s residential schools.

In response to this report, Christopher Manfredi, McGill’s provost and vice-principal (academic), launched a reconciliation-focused task force, which released its own report in 2017. The document outlined a host of recommendations, including a call to change the Redmen team name. “Our community questioned seriously the credibility of the University’s efforts in relation to Indigeneity given the pejorative connotation of our men’s varsity team name,” reads a section of the report.

Later, Manfredi convened a Working Group on Principles of Commemoration and Renaming. The group released its ﬁnal report in December 2018—one month after the Students’ Society referendum. The report stops short of explicitly recommending that the university change the name but highlights a series of administrative delays related to the issue.

“Several participants in our consultations expressed a sense of fatigue and cynicism, given the number of consultative exercises and a perceived shortage of consequential follow-up,” the report reads. It also cites opposing voices to the name change within the varsity athletic community, some of whom attended consultation meetings and expressed a strong emotional attachment to the name, citing pride in the team’s history of athletic achievement.

RELATED: How Canadian universities are responding to the TRC’s Calls to Action

“It is important to accord weight to the voices of historically excluded or otherwise marginalized groups,” says the report. “Several participants voiced discomfort with an analysis that would purport to weigh, as equivalent interests, tradition-based attachment to a name or practice against objections to one arising from experienced harm or insult to a community or to an immutable or inherited identity.”

Principal Suzanne Fortier said she would reach a decision in January, but ultimately said she needed more time to consider opposing views. In April, Fortier ofﬁcially announced that McGill was to look for a new name for its varsity teams.

Jirousek says he is optimistic about the level of Indigenous representation on the forthcoming renaming committee. “I hope that the administration understands the damage that’s been done by the Redmen name, and the fact that this committee serves an opportunity to address and reflect on that history,” he says.

This article appears in print in the 2020 University Rankings issue of Maclean’s magazine with the headline, “‘It hurts the way any slur would.’” Order a copy of the issue here or subscribe to the monthly print magazine here.