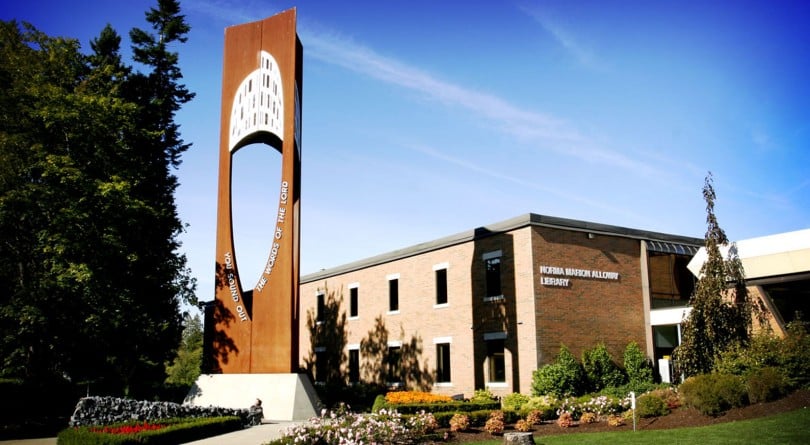 A private Christian university in Langley, B.C has dropped its mandatory requirement for students to sign a controversial covenant containing a promise to abstain from sex outside of heterosexual marriage.

Trinity Western University (TWU) recently lost a Supreme Court battle over their proposed law school. The fight centered on the covenant, with law societies in B.C. and Ontario successfully arguing the code of conduct was discriminatory against LGBTQ students.

TWU President Bob Kuhn said there were many reasons the change was made, including the Supreme Court decision. “Primarily, it was to communicate clearly that the school is a welcoming environment for all students from all perspectives,” said Kuhn.

The school’s board of governors, made up of 16 Christian leaders including Kuhn, passed the following motion on August 9: “In furtherance of our desire to maintain TWU as a thriving community of Christian believers that is inclusive of all students wishing to learn from a Christian viewpoint and underlying philosophy, the Community Covenant will no longer be mandatory as of the 2018-19 Academic year with respect to admission of students to, or continuation of students at, the University.”

But the covenant itself has not been amended, including the part that asks students to agree they will abstain from “sexual intimacy that violates the sacredness of marriage between a man and a woman.” When asked why that particular portion wasn’t simply removed, Kuhn responded: “The community covenant remains in its form because of its biblical perspective. The community covenant reflects biblical values and will continue to reflect biblical values.”

Robynne Healey, a faculty member who teaches history and is the co-director of TWU’s Gender Studies Institute, welcomes this decision by the board. Healey is a faculty advisor to OneTWU, a grassroots group of TWU students, alumni and faculty that supports LGBTQ students. Healey says not having to sign the covenant removes pressure from potential students who worried about the implications of being out on campus. “You can imagine the pressure it puts on individuals if they are having to live double lives — [an] on-campus life and off-campus life,” said Healey. She added  many faculty members have supported LGBTQ students on campus.

“While I personally would like that statement removed, what I recognize is more important than that statement being removed is the culture that we cultivate on our campus,” said Healey, adding that she credits her ability to be forthright with her opinions on campus to TWU’s commitment to academic freedom.

As a historian, Healey is also interested in how the definition of marriage has changed. “I recognize that the statement that is currently in the covenant is significant for some Christians,” said Healey. “Nonetheless, the construct of traditional marriage phrased as it’s being used in the covenant is not something that has existed since the beginning of time. These constructs have changed. There are many Christians today — not all, but many — who do not view marriage as necessarily having to be between one man and one woman.”

The covenant and its mandatory nature was a central part of the Supreme Court’s 7-2 decision in June, which sought to balance the right of the TWU community to exercise religious freedom and the right for LGBTQ students to have access to legal education. The court found it was reasonable for B.C. and Ontario’s law societies to deny TWU’s proposed law school accreditation based on the potential discriminatory effects of the covenant on LGBTQ students. Kuhn indicated that no decision has yet been made on whether TWU will continue to pursue opening a law school.