Drinking: 10 things every student should know 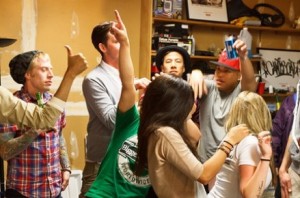 If you choose to drink, there are a few things you need to know. We’re not talking about the legal drinking age or the dangers of drunk driving, which society has justifiably drilled into your head since you were old enough to finger paint. Instead, Yuni Kim, a recent graduate of York University who is currently in teacher’s college, offers you 10 things every student should know about drinking.

1. Keep emergency cash for taxis. At some point, you will stumble out of a bar, feel the slap of the chilly Canadian air in your face and realize you’re nowhere near home. It will be 2 a.m. and public transit won’t be there to save you. Many cab drivers won’t take debit, and there’s not a single ATM on this sketchy street. You’ll be glad you have that spare $20 to whisk you away.

2. Pick up the tab once in a while. Be cool enough to buy a round of pints for your friends whenever you have the cash to spare. This ritual builds camaraderie and chances are the karma will come back to you just as your bank account hits zero around Thanksgiving. With that said…

3. Friends don’t let friends drink too much. Just because it’s someone’s birthday, they’re newly single, or they managed to make it all the way to week two of undergrad, doesn’t mean you should allow them to become black-out drunk. If a friend is stumbling around the bar mumbling obscenities, insist they switch to water, take them home and monitor their progress.

4. Alcohol and social media don’t mix. You may think it’s amusing to Instagram that photo of your girlfriend doing a keg stand to all of Twitter, but when sober, she can recite the Charter of Rights and Freedoms by heart. Your friends work hard to make sure their futures are bright. Keep them off social media, because the Internet NEVER forgets—and neither will your friends.

5. Protect yourself from beer goggles with a buddy system. Three drinks in and that person across the room looks like quite the stunner. But are they really? Bring a wing-man who will offer high fives for getting phone numbers, but who won’t let you leave the party with a stranger.

6. Don’t try those crazy ingestion methods that “everyone else is doing.” Just because a website says young people are putting vodka drops in their eyes doesn’t mean it’s true. One of my best friends was in a fraternity at the University of Toronto, so I’ve seen the mysterious ways of Fraternitus boyus first-hand and I can guarantee you even they are more mature than this.

7. Don’t put that drink down. Colourless and odourless drugs like GHB are very difficult to detect. Predators might try to slip some of these into your unattended drink so they can take advantage of you while you are in a drugged-up haze. If you never put your drink down, you reduce the risk.

8. Know your body. Different people react differently to alcohol depending on body size, muscle mass, and how much food they’ve eaten before drinking. If you don’t believe me, just ask Shaq.

9. Drink water before bed. Alcohol dehydrates you, which is one of main causes of the infamous morning hangover. Drink a few glasses of H2O before hitting the hay. Energy drinks may work too.

10. Have fun with it. Do a bad karaoke cover of Rick Astley’s “Never gonna give you up” on open mic night. Pretend you’re a pirate, and have an icicle sword fight with a friend. Sing “Be a man” from Mulan on the subway and have strangers applaud your group. Over-share with friends and then pretend that spontaneous dancing makes everything okay. Wake up, nurse your hangover and check Facebook. No incriminating photos? Check. You’ve survived to drink another day.