A nativity scene on campus?

A simple solution for the Christmas controversy blues 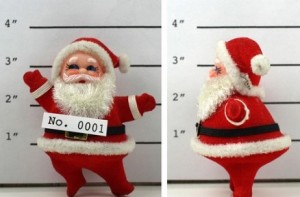 Last year around this time I was startled to notice a small nativity scene set up in our university cafeteria. I considered making a formal complaint to the effect that at a public university such overtly religious symbols should be avoided. But it was only a little one, and even my great and growing peevishness has its limits.

Still, it’s easy to see why Christmas poses such a problem for educational institutions. On one hand, it is a venerable annual tradition for millions, with a seemingly endless store of symbols and songs to draw upon. On the other hand, for many, it is among the holiest days of the year, and one still hears a phrase like “the true meaning of Christmas” where “true meaning” is meant to suggest the religious meaning.

And so it is no surprise that controversy and indignation has become one of our new favourite holiday traditions.

The issue seems especially pressing in the US, where levels of religious commitment are somewhat higher than in Canada. Last year, a Nevada high school was the center of controversy when teachers, it was said, were told to stop saying “Merry Christmas” at school. And a few years before that, Oklahoma University allegedly banned the use of the word “Christmas” only to reverse its decision, presumably after senior administrators were visited by four ghosts in the night.

But Canada is no stranger to such controversy. Just last week in Ottawa, a public school raised eyebrows when it cancelled an annual Christmas concert in favour of a more generic winter festival. Conversely, over at McGill, two students are making the case for saying “Merry Christmas” instead of “Happy Holidays” (an issue I addressed last year, taking the contrary view). Even my friends over at Trinity Western University, a proudly Christian school, have not been immune: a few years back, there was a fuss over whether it was appropriate for their Christmas festivities to be sponsored by a local winery (Why? Jesus himself made wine when the need arose, did he not?).

I find all of this conflict a bit frustrating because the compromise position is an obvious and easy one. After all, Christmas has at least three distinct elements: the totally secular (Dasher, Dancer), the largely secular (Santa Claus) and the religious (baby Jesus in the manger). This tripartite division—which I admit could be more complicated, but let’s keep our eye on the snowball, shall we—yields a simple policy: decorate for Christmas, but stick to the first two categories.

Put Santas and Christmas trees in your schools as a recognition that whether you are a Christian or not (I myself am not), they are part of long-standing cultural traditions that have become part of secular culture. Have your school Christmas pageants but make them about Frosty and Rudolph, not Mary and Joseph. Heck, I’ll even lighten up on the “Merry Christmas” thing, so long as you mean “Merry Secular Christmas.” Leave the overtly religious for churches and Sunday school pageants.

Today—since every one of my Hour Hand blog posts is meticulously researched—I made a special trip to look for that nativity scene and found it had been replaced with holly and snowflakes.

My plan is working already.