Are men with prostate cancer “privileged”? 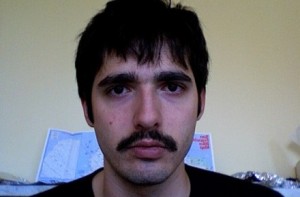 I rarely have trouble distinguishing seriousness from mirth when it comes to a piece of writing, but I had to read this post by Alex Manley more than once. Despite multiple, brow-furrowing reads, I’m still hesitant to say I think the Concordia student journalist is being genuine. But, no he can’t be! Surely he just forgot to write “PSYCH!” at the end.

If only. In his column entitled “No to Movember,” Manley lambastes all you dirty bigots who donated your money and mustaches to prostate cancer. The Movember campaign to which he refers sees men from all over the world grow their mustaches during the month of November to raise money for prostate cancer research.

Now, I can understand a critique of the fundraiser in form, especially since some fervent mustache-growers tend to lose sight of the greater focus. But it seems that greater focus is precisely what Manley takes issue with in his editorial.

“If Movember was to raise money for people in third-world countries,” he begins, “for illiterate people, or homeless people, or for anything but what it is—which is privileged guys pretending they have it as hard as people with real problems—then it might come close to approaching something vaguely resembling worthwhile.”

“The whole thing is just a really well-disguised tantrum that guys are content to throw to make it seem like prostate cancer research is as important as research towards curing women’s cancers.”

Can we take it from the Manley doctrine that women’s cancers should indeed be cured first? Obviously, no one is paying attention to breast cancer. Unless, uh, we look at the numbers. According to financial documents available on the Canada Revenue Agency website, the Prostate Cancer Foundation of Canada saw a 2010 total revenue of $14.7 million, compared to the Canadian Breast Cancer Foundation, which saw over $47 million in total revenue. Pft…Numbers…

Onward, Manley makes the gracious concession that he doesn’t think anyone should die, then tells us bleeding hearts to stop our prostate-cancer whining: “Furthermore, it’s worth mentioning that, as far as cancers go, prostate cancer is not much of a cancer. It’s slow acting, and it has relatively low death rates. Men diagnosed with prostate cancer are more likely to die from something else than they are from prostate cancer.”

I suppose it never occurred to Manley that the fundraising he so laments paid for research toward advanced treatment techniques, improved screening, and garnered greater early detection awareness. It’s because of fundraising that prostate cancer survival rates have steadily increased since the late 1990s.

The comparatively low death rate is true. But prostate cancer is still the most common cancer to afflict Canadian men, and these men (and their families) still have to suffer through emotional and physical trials of radiation therapies and surgeries. If death is the marker of “worthy” charity, according to Manley, why make mention illiteracy, homelessness, or vaccination, as he has?

Manley continues by declaring that “prostate cancer is a first-world problem,” failing to consider that while prostate cancer may be disproportionately diagnosed in North American men, the actual numbers of those afflicted worldwide are unlikely to be represented in general statistics.

Then, he moves to economics—also not his strong suit. “Men, by and large, are doing okay for themselves. They’re still out-earning women by significant amounts. Cancer doesn’t exist in a vacuum—it affects the whole of a person’s life. Disease aside, the richer a person is, the better their [sic] chances are, especially in countries where your cash inflow influences the quality of your care.”

“Men—or any privileged group—will have an inherent advantage when it comes to beating cancer and landing on their feet than more disadvantaged people.”

On the topic of privilege, the Carleton University Students’ Association made a similar misguided determination back in 2008 when it cancelled its Shinerama fundraiser for Cystic Fibrosis based on the incorrect suggestion that the disease “only affect white people, and primarily men.”

Prostate cancer clearly affects men rather than women, but it also affects black men more frequently than it does any other ethnicity. Black men, in fact, are more than twice as likely to die from the disease, according to Center for Disease Control and Prevention. Is Manley suggesting that we should stop wasting our time on a “not so bad” cancer that affects privileged black men?

Manley concludes with a simple statement: “Prostate cancer is a hallmark of privilege. Deal with it.”

Well, sir; you’ve convinced me. Instead of donating my money to prostate cancer research this November, I plan to offer a hefty sum to whatever clearly starving humanities department at Concordia University you came from. Based on logic like that, by God, they need the money.