Are today's students too confident?

Sixty per cent think they're above average 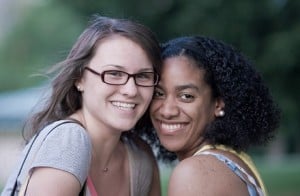 New research is adding to weight to the theory that today’s students are more confident than ever — too confident, according to some experts.

“There are some advantages and some disadvantages to self-esteem, so having some degree of confidence is often a good thing,” Jean Twenge, one of the study’s authors, told USA Today. However, “it’s not just confidence. It’s overconfidence,” she said. Twenge, a San Diego State University professor, theorized in her book Generation Me that overconfidence prevents young people from learning how to deal with failure.

In the new study, she and her co-authors argue that increasing intellectual confidence is caused by ever-increasing grades — so-called grade inflation — which makes students feel ever smarter. They point out that in 1966, only 19 per cent of American students entered university with at least an A-minus grade average from high school. By 2009, more than twice as many did (48 per cent).

In Canada, grade inflation may be even worse. Last year, the Canadian University Survey Consortium found that 70 per cent of first-year students reported having an A-minus average or above in high school. That’s up from 40 per cent in the early 1980s and it’s astronomically higher than the five per cent of A-grades that were historically awarded, according University of Western Ontario sociologist and higher education critic Dan Côté. (He made similar arguments to Twenge’s assertions in his book Ivory Tower Blues.)