Penalties range from a reduced grade to failure on the assignment 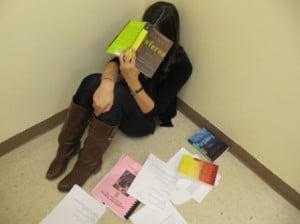 Of the 14 students accused of plagiarism at the University of King’s College, more than half have been found guilty. The students were found to have copied ideas from Associatedcontent.com and SparkNotes without proper notation. “The issue was that students were using arguments and examples from these sites that were not arguments or examples that were discussed in class or tutorials,” academic integrity officer Stephen Kimber told unews.ca, a King’s student publication.

Penalties for the  students, who were each given a hearing Monday and Tuesday, will range from a reduced grade to failure on the assignment. When the incident was first reported, it was speculated that more than 15 students were accused, although officials would not provide specifics. Even now, Kimber has not offered anything more specific than that there were 14 official complaints of plagiarism and that more than half turned out to be valid. All complaints stemmed from the same essay assignment for students in the Foundation Year Programme at King’s.