Bad roommates can be deadly

So why do universities make it so hard to switch rooms? 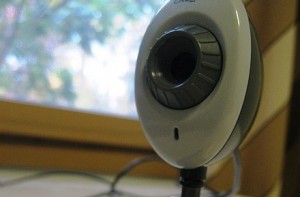 Dharun Ravi, a 20-year-old Rutgers University student, is facing up to 10 years in prison if jurors decide that his unauthorized webcam broadcast of a roommate’s gay trysts amounts to a hate crime.

The New Jersey court case, now is in its twelfth day, gained international attention because Ravi’s roommate, Tyler Clementi, fatally threw himself from a bridge two days after a humiliating show.

The jury has heard details of how Ravi used the word “fag” in instant messages and how he Tweeted “anyone with iChat, I dare you to video chat me between the hours of 9:30 pm and 12.”

What the jury won’t hear is what Clementi had written as his reasoning for requesting a room change, according to the prosecutor: “Roommate with webcam spying on me/want a single room.”

The university didn’t investigate the spying claim at the time, Clementi is not here to confirm the veracity of the claim, and therefore it’s considered hearsay and can’t be entered into court.

What’s on trial here, for all intents and purposes, is whether a bully—not a psychopathic bully, but a common bully—can be held responsible for the death of a victim taunted over his sexuality.

What should instead be on trial, I believe, is a university system where vulnerable teens pay thousands of dollars and are then forced to sleep metres away from strangers who taunt them.

If Clementi had been granted his request to move to a single room, had been given a better roommate from the start, or had been offered a reprieve while his situation was sorted, he may still be alive. If any of those things had happened, Ravi may not be facing a decade in prison, either.

Canadian university residence websites inform students that room changes are, at best, a last resort. Many say changes won’t even be considered unless the requester has confronted their foe.

Some schools, like the University of Saskatchewan tell students that “conflict resolution and learning to live with others are life skills which are cultivated in a University Residence environment.”

While that’s an admirable sentiment, it’s not realistic to expect a teenager to know how to resolve a serious conflict—-or to risk further humiliation by asking their residence don to step in.

There’s another problem too. Saskatchewan says (in bold type no less) that they don’t wish to consider roommate changes in September. That is, don’t bug us until at least October.

Problem is, Clementi died on Sept. 22. That first month at university is when students are most vulnerable, and GLBTQ teens are always more vulnerable—five time more likely to kill themselves.

Think about it. Clementi’s life was hell after his roommates had seen him have gay sex on webcam. Imagine how uncomfortable he felt before that too, with a roommate prone to using the word “fag.”

They were a bad match, and obviously, universities can’t offer single rooms for every bad match.

But what they can do is proactively avoid mismatches where a student’s safety is likely to be at risk.

One option is to encourage GLBTQ students to self-identify when they apply—heck, after they move in if needed—so that they can get a single room or be placed with a fellow GLBTQ teen.

That’s already happening to a degree at some schools in the U.S., like the University of South Florida.

Above all, universities must stop telling students that room changes are next-to-impossible and implying that confronting abusive roommates is their only tangible option for dealing with abuse.

Josh Dehaas is the editor of Maclean’s On Campus. Follow @maconcampus and @JoshDehaas.