BC to ease student loan repayments 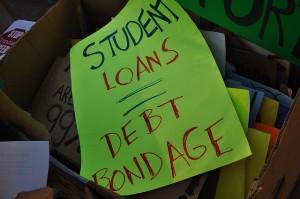 “The new repayment assistance plan is based on the borrowers ability to pay, meaning that income, family size and student loan debt-load are all accounted for in the eligibility process,” Clark told reporters, quoted by the Province. “Our goal is to replace previous programs that were intended to help students manage their loans.”

Average student debt in B.C. is more than $27,000 after the completion of a four-year program, the highest of any province west of the Maritimes, according to the Canadian Federation of Students-British Columbia. The organization says tuition fees in the province have more than doubled since 2001.