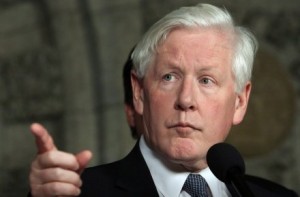 The 2013 Maclean’s University Rankings asked some of Canada’s most successful writers, politicians and scientists what they wish they’d known in university. Their answers are perfect additions to our First Year Survivor blog. Here’s advice from Bob Rae, former premier of Ontario and interim leader of the Liberal Party of Canada.

I came to University College, University of Toronto, in the fall of 1966, studied modern history, and graduated with a B.A. in 1969. In the first week I was assigned by the seniors in residence late one night to find a bucket of horse manure, which meant figuring out where the police stables were.

My best teacher in that first year was an English history professor named John Beattie, who assigned us to write book reports—“what’s the book about and why is the writer’s argument important?”—something I’ve often asked others years later about the masses of reading I’m sometimes asked to do! I still study history keenly to this day.

My greatest discovery in that first year was the stacks at the old Sigmund Samuel Library—you could get lost in basement floor after basement floor of books and documents. I felt like I was entering a world of its own, some secret doorway in an old house. But it also made me realize how little I knew, and more than often I felt completely daunted (a feeling compounded when I went to Oxford later). Luckily, I took comfort in good friendships formed in residence, and the lively political debate unfolding about the wider world. For entertainment, I would sometimes head to the gallery of the Ontario legislature to watch debates, which were suitably rowdy but much more good-natured than today.

As time went on, I took a course in Chinese history (I had a wonderful teacher named Bill Saywell), and a seminar in Indian history as well, then got more engaged in the history of ideas and political philosophy (which I studied at Oxford). There was one seminar on Canadian political ideas which I took with my then-roommate Michael Ignatieff.

I loved working on the student newspaper the Varsity and it was there I met my-wife-to-be, Arlene Perly, in the fall of 1968. A short 12 years later we were married. Looking back, I realize that many lost their way a bit and didn’t get much help. Some years later I realized that I too faced “the black dog” of depression and I learned the value of friends and family in finding the way home.

What I would tell any 18-year-old is to throw yourself into the experience, don’t fall behind in classes, and by all means ask for help if you’ve lost your way. Don’t close yourself off by insisting that you know exactly what you want to do. Go down different paths—some will be dead ends, but the journey matters. Be open to strong friendships (mine have lasted until now) and enjoy. Don’t take yourself too seriously, and yet don’t be frivolous about the things that matter. You’ll figure out soon enough what they are.