What students are talking about today (January 7th) 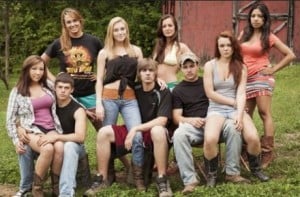 The cast of Buckwild (MTV.ca)

1. The new TV season is promising for university students, according to Alexander Quon of The Sheaf student newspaper. His list of shows to watch includes Buckwild, which he calls “essentially the country version” of Jersey Shore. “Redneck culture is blowing up right now,” he writes. It certainly is, thanks mostly to Here Comes Honey Boo Boo, which returned to TLC on Sunday. Returning this Saturday on HBO Canada is Lena Dunham’s smash hit Girls, a fictional-take on 20-somethings in New York centred around Hannah, an aspiring writer and generally clueless human being. Pick up this week’s issue of Maclean’s for a behind-the-scenes on set in Brooklyn. Oh, and hockey will soon be back too.

2. What a difference a weekend makes. The talk around Idle No More shifted from Friday’s big win to Monday’s big question. On Friday, Stephen Harper agreed to meet hunger striking chief Theresa Spence and other Aboriginal Canadian leaders a week later, which will mark a month after the high-profile protest began. But this morning an external audit into Attawapiskat’s finances by Deloitte surfaced and it doesn’t look good. There hasn’t been due diligence for most of the millions given to Spence’s band by the federal government. It’s a reminder of just how complicated these relationships can be. With questions over the chief’s spending on the front page again, Paul Wells points out that NDP leader Tom Mulcair neither met Spence nor called on Stephen Harper to meet her in his open letter. That’s starting to look like a smart move. Spence, meanwhile, did gain one new ally. Paul Martin, former Liberal prime minister, met her and called an inspiration to all.

3. Vancouver’s Adler School of Professional Psychology is launching a five-year graduate program that will culminate in a PsyD, a designation common among professional psychologists in the United States. The PsyD is more focused on clinical care and less on research than the PhD. Memorial University is the only English-Canadian school that lists a PsyD, according to the Vancouver Sun.

4. Dalhousie University’s women’s hockey team has forfeited their season after a hazing incident involving “drinking” and “humiliation” at a party that contravened a behavioural contract they’d signed. When news broke last week, the university didn’t say much. Now, one of the 19 suspended players has spoken out in the Dalhousie Gazette. She did so on the condition of anonymity because there was a confidentiality clause in that very contract, which she says she pressured to sign. She says that, yes, there were drinking games and hazing, but insists it wasn’t malicious. She said it involved asking rookie players things like, “Who is the prettiest girl on the team and why?”

5. The American Freshman Survey, filled out by millions of American students every year since 1966, shows there has been a dramatic increase in the number who describe themselves as “above average” for academic ability, drive to achieve, mathematical ability and self-confidence. In other words, they’re a bunch of narcissists, says psychologist Jean Twenge. “What’s really become prevalent over the last two decades is the idea that being highly self-confident – loving yourself, believing in yourself – is the key to success,” she told BBC News. “Now the interesting thing about that belief is it’s widely held, it’s very deeply held, and it’s also untrue,” she added. Twenge says narcissistic young people are being set up for failure by those who instilled too much self-esteem.