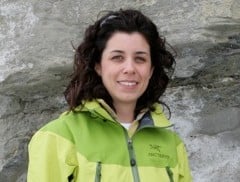 In 1986, to recognize the importance of university teaching, the Society for Teaching and Learning in Higher Education and 3M Canada created the 3M National Teaching Fellowships. Ten university faculty members are recognized each year for their educational leadership and exceptional contributions to teaching. Maclean’s On Campus is profiling all 10 of this year’s winners. For our final profile, we look at Leslie Reid, a professor of geoscience at the University of Calgary.

“When I was a student, I had a hard time connecting in classes where there wasn’t two-way communication,” says Reid. “So I have striven to create learning environments where students have a voice.”

Those student voices have told her that they learn best with topics like climate change, earthquakes and volcanoes — the really awe-inspiring stuff that geoscientific principles help to explain.

But even less thrilling topics are made awe-inspiring with Reid’s techniques. To explain the concept of geologic time concept she weaves seemingly-infinite amounts of climbing rope through row upon row of students, asking them to hang on. The rope has flags every-so-often, which identify important geologic events and show the distances between them. The visual representation is hard for students to ignore; it’s literally in their hands.

But that rope between students symbolizes something else about Reid’s tactics — she makes students interact with each other. Curtis Morrison, who took three of her classes, says she was able to coax the entire room into a group discussion almost every single class.

That would keep things interesting. “It’s always fun when a lecture on plate tectonics gets derailed into a heated discussion about what to do if an earthquake shock was to hit the lecture theatre,” says Morrison. He says another way that she encouraged group discussion was by remembering nearly every student’s name, which can be a challenge in classes of up to 200 students.

“Rocks are not for everybody,” admits Morrison. “But if you sat in on one of [Reid’s] lecutres, you would probably learn more than you ever thought possible about the marvels of the earth.”

You might also learn that the best teachers are those who encourage feedback and discussion.