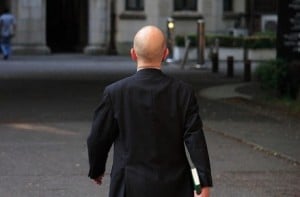 Just as tens of thousands of Quebec students are expected to skip class and protest a tuition increase of $1625, a new study shows that Canada’s professors are the world’s highest paid.

U.S. and Russian researchers used Purchasing Power Parity for their global salary comparison, in order to account for vastly different costs of living.

The researchers found that full-time Canadian professors make the equivalent of $68,796 (USD) at the beginning of their careers, $86,352 at mid-career and $113,820 at the end of their careers.

Canada’s rank as the salary king is likely to stir the debate over whether university employees are overcompensated in terms of salaries and pensions at a time when tuition is rising.

After all, 70 per cent of new spending by universities in recent years went to salaries and pensions, mostly for existing faculty, according to the Ontario University Student Alliance.

The new compensation study is from the Center for International Higher Education at Boston College and Moscow’s National Research University Higher School of Economics. It will form part of a book called Paying the Professoriate: A Global Comparison of Compensation and Contracts.

Canada is followed by Italy, South Africa, India, the United States, Saudi Arabia, the United Kingdom, Australia, the Netherlands and Germany. For the full picture of how salaries compare across countries and a discussion of some of the study’s flaws, see Inside Higher Education.