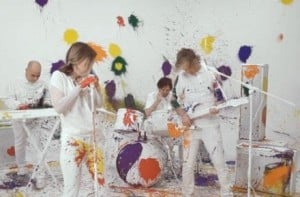 Music fans are talking about comedian Brian Ferenzi’s impression of an MTV news executive, who explains in a satirical video why the television station no longer plays music videos. But who needs MTV when you can take in the real thing? Here are five shows worth seeing this week.

1. Cookie Duster was a budding indie rock band in the early 2000s when frontman Brendan Canning’s other band, Broken Social Scene, exploded internationally. With BSS on hiatus, Cookie Duster is back on the front burner. They play Waterloo’s Startlight on Nov. 15. Ticket info.

2. Vancouver quintet Mother Mother have some of the catchiest and quirkiest songs in indie pop. The band is currently trekking across the country with Hannah Georgas, including a Nov. 17 stop at the Multi-Purpose Centre, a five minute stroll from Dalhousie University in Halifax. Ticket info.

3. Metric and Stars, two of the most successful names in Canadian indie music, are pairing up for cross-country arena tour. You might need to switch to No Name Ramen noodles for a week to afford tickets, as the prices range from $40.75 to $56.75, but catching these heavyweights on Nov. 17 at Winnipeg’s MTS Centre will be well worth the sacrifice your taste-buds make. Ticket info here.

4. Hamilton’s Young Rival are a rock band with powerful pop sensibilities. The trio teams up with infectious popsters The Elwins on Nov. 16 at the Grad Club in Kingston, Ont. Ticket info here.