But eating disorder foundation fights back 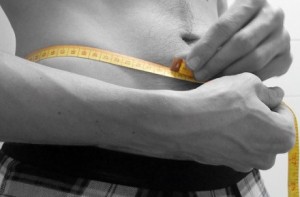 The Internet has been great for spawning subcultures—Star Trek geeks, fantasy football fans and progressive rock nerds have their own corners of the net to meet up in. Unfortunately, not all communities online are positive, and some are even harmful. For those who have been affected by an eating disorder, this article may contain triggers.

A quick search on Pinterest, Instagram, or Tumblr for the terms ‘thinspiration’, ‘ana’ (short for anorexia) and ‘mia’ (short for bulimia) brings up tens of thousands of disturbing posts. Photos focusing on concave stomachs and protruding hip bones, with overlying text reading mantras such as, “I won’t be beautiful until my thighs don’t touch,” “Nothing tastes as good as skinny feels” and tips suggesting to “Throw out food from the fridge so you can tell people you ate earlier”.

The latest obsession is with “thigh gap,” when legs are so thin the upper thighs don’t touch. A search on Tumblr for ‘thigh gap’ brings up 558,000 hits. A search for ‘thinspiration’ yields over one million, an overwhelming majority of which are perpetuating disordered eating behaviours.

One year ago, Tumblr promised a crackdown on all pro-ana and pro-mia blogs. They wrote on their official blog, “Our Content Policy has not, until now, prohibited blogs that actively promote self-harm. These typically take the form of blogs that glorify or promote anorexia, bulimia, and other eating disorders; self-mutilation; or suicide. These are messages and points of view that we strongly oppose, and don’t want to be hosting.”

However, as searching for “thinspiration” shows, their restrictions have been entirely unsuccessful. As for Pinterest, if you search for thinspiration they offer you a helpline above the thinspo photos—but simply browsing the site means that the helpline number does not appear. Instagram has responded by banning the most commonly searched for hashtags, but many (such as #proanatips) are still accessible.

These sites are harmful. According to the journal European Eating Disorders, college-aged women with a healthy body mass index and no history of eating disorders that view pro eating disorder websites will decrease their caloric intake and show strong emotional reactions over the following weeks, even with just a small exposure to the sites. The journal concluded that women who are frequently are exposed to “thinspo” content are put at a much higher risk of developing eating disorders.

Fortunately, some websites are fighting back by creating a similar, healthier, sense of community. Proud2BeMe.com is paid for by the American National Eating Disorders foundation. On its face, the site looks like your average women’s gossip site—but a deeper glance shows thoughtful articles about confident celebrities that fight for women’s rights, like Lena Dunham and Jennifer Lawrence, and articles about healthy eating and loving your body.

This story appeared in The Weal, a student paper at SAIT, where the author studies journalism.