Queen's professor was unfairly relieved of his duties 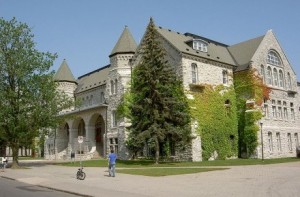 Recently the Canadian Association of University Teachers came down hard on Queen’s University for their handling of the case of Michael Mason, a professor who was, effectively, ousted from the course he had come out of retirement to teach.

I don’t always side with CAUT, but they seem to be right on this one.

Reports indicated that Mason used terms like “japs” and “towelhead” in his class on the history of imperialism. Having been around the university world for a long time, I’m always skeptical of reports of profs saying indefensible things in class because, as far as I can tell, it generally doesn’t happen. Professors are typically a civilized lot and usually highly aware of the nuances of the language.

What has been happening lately, though, is that professors’ comments are being taken wildly out of context; then follows misguided outrage, and then, in turn, the normal interactions of shit and fans.

Thus it was with American professor Karl Walling whose comments on Machiavelli were misrepresented as Walling advocating for rape. In fact, he was trying to explain the renaissance author’s use of the idea of Fortune as a female figure.

So too was it with York’s Cameron Johnston whose comments about using tolerant language were taken for anti-Semitism by a student who didn’t get that the prof was giving an example of unacceptable speech.

And, no surprise, so it was with Michael Mason. It turns out that the so-called offensive language Mason used was not presented as the kind of language a civilized person should employ in normal conversation. Rather it was given as a way of explaining the deplorable attitudes of the time period in question. In more than one case, the offending language was actually Mason quoting someone else to illustrate racism in the period under examination, and how racist attitudes have sometimes persisted to this day.

But, perhaps because they have grown up in a time when the importance of linguistic sensitivity is stressed everywhere and always, at least some of today’s students have developed a hair trigger when it comes to offensive words. But the history of the world and its culture is filled with offensive words and ideas, and it is impossible to teach that history—and its literature and politics and nearly everything else — without sometimes citing offensive terms and confronting offensive ideas.

Of course, professors have a professional obligation to be reasonably aware of how their words might affect their students. But students also have a responsibility to listen to the whole context and ask to what end and for what purpose those words are used. It is simply irresponsible to hear a racist word and then go running to the Dean condemning your “racist” professor.

Not only does it mean that good teachers are finding themselves suddenly “on leave,”  but in the long run it will be a disaster for students themselves. Because sooner or later professors are just going to stop teaching anything that might be miscontrued as offensive. And then no one will have to worry about learning from a racist.

Because they won’t be learning at all.