Didn't get what you wanted? Lawsuit! Lawsuit!

Students sue their schools and employers 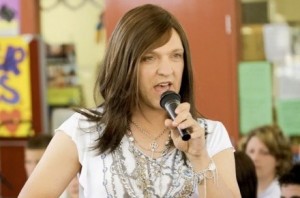 An 18-year-old in Australia is suing her former high school because she says it’s their fault that her marks were too low to land her a seat at the prestigious University of Sydney law school.

No, it isn’t Ja’mie King of Summer Heights High, although it does sound like something she’d do.

Rose Ashton-Weir says she didn’t get the support needed to excel while at Geelong Grammar, a private boarding school. Darren Ferrari, a Geelong representative, points out that she could have studied law at several other universities. Apparently, that wasn’t good enough.

It may all seem a little dramatic, but what else would you expect from such an overachiever? Students, after all, are not afraid to sue their schools and employers when they don’t get what they want. Whether they’ll succeed isn’t always clear. What is apparent is that lawsuits are in fashion.

New Yorker Trina Thompson, then 27, didn’t wait three months after graduation in April 2009 (you know, during the Great Recession) before suing Monroe College for failing to help her find a job after graduation. She demanded her $70,000 tuition back. Oh, and she also wanted $2,000 for the stress she endured in her job hunt, which she alleged the school failed to help with enough.

Young lawyers across the U.S. are suing schools too. In a class action suit, graduates of The Thomas Jefferson School of Law in San Diego, Calif. alleged their school knowingly misrepresented the likelihood that graduates would find work as lawyers, reports The National Law Journal.

But here in Canada, we have a less litigious culture, right? Perhaps not anymore.

A University of Windsor law student challenged her articling employer in the Human Rights Tribunal of Ontario last year because she alleged the firm discriminated against her by requesting a real law school transcript, instead of the unofficial one. The real one showed she’d failed her first year.

The student argued that her first year should have been expunged due to a pain disability that caused her to fail. How dare her employer try to find out why she’d submitted the wrong transcript!

The employer argued that she was fired for poor performance, not the transcript or the disability. Ena Chadha of the Human Rights Tribunal agreed and noted that the student was “evasive and argumentative whenever confronted with evidence or submissions that were contrary to her own.”

More suits could be on the way. In April, the Ontario Court of Appeal suggested students may be able to sue for breach of contract. That was after a doctoral student at the University of Ottawa claimed she didn’t graduate because the university failed to provide adequate thesis supervision.

The court invited the former student to amend her claim to show details of their apparent contract. The suit could open a new door to suing schools, lawyer Rob Kligmanan told University Affairs.

If the case does set a precedent, I’ll bet students and graduates will eagerly test it out. Suing, after all, is a lot more exciting than retaking courses, looking for jobs or learning personal responsibility.

Josh Dehaas is the editor of Maclean’s On Campus. Follow @JoshDehaas and @maconcampus