What students are talking about today (January 3rd) 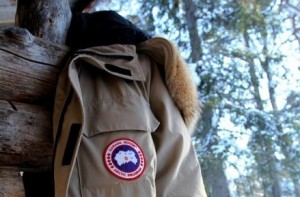 1. Canada Goose coats are a staple on cold Canadian campuses, but an a new campaign is trying to make them unfashionable. Furtrimisatrap.com, an activist website, says that coyotes are “stolen from their families and homes, these sensitive, intelligent animals often spend hours or even days stuck in cruel traps where common injuries include broken bones and teeth, gashed eyes and severe internal bleeding.” Kevin Spreekmeester, Vice President of Global Marketing of the Toronto-based company,* defended the product to the Winnipeg Free Press, saying Canada Goose is proud to support the people of the north “for whom [trapping] is their livelihood.” He also notes that coyotes are not endangered and that their fur protects against frostbite.

2. Green Party leader and MP Elizabeth May knows a thing or two about hunger strikes, having mounted one for 17 days in 2001 while demanding the government move families living near the Sydney tar ponds in Cape Breton. Now she tells iPolitics.ca that Attawapiskat chief Theresa Spence, on Day 24 of her hunger strike, should meet with Aboriginal Affairs Minister John Duncan, whom Spence has refused to see since starting her starvation diet on Victoria Island on Dec. 11. Spence has said she will not eat until Prime Minister Stephen Harper and a representative of the Crown agree to a “nation-to-nation” meeting to discuss treaties. Meanwhile, a two-week old rail blockade by Aboriginal protesters in Sarnia, Ont. has ended. However, the tone of the “Idle No More” debate is getting uglier. After John Ivision at the National Post dared call Spence “hapless,” Gerald Taiaiake Alfred—a political science professor at the University of Victoria—responded by calling him a “racist p—k” and threatened to kick his “immigrant ass” back to Scotland.

3. A new class at York University is looking at graffiti’s place in the hip-hop culture of Toronto. “In class, we use graffiti as a lens to explore other issues of public space, property rights and what constitutes art in the city and what constitutes vandalism,” professor Simon Black told MetroNews. Black took his urban studies class to walk the back alleys of Queen Street West to learn from a street artist last spring after Mayor Rob Ford launched a bizarre crackdown. The city now makes property owners remove street art on their own buildings unless they petition a committee to show that it’s art. Needless to say, anti-Ford graffiti is proliferating, and I’m pretty sure that qualifies as art.

4. Laurel Broten, Ontario’s education minister, is imposing collective agreements until 2014 on the teacher’s unions that failed to reach a deal with the government after it demanded a two-year wage freeze and changes to sick days. At the announcement, Broten said that that under the Liberal government of Dalton McGuinty, teacher’s earnings increased by an average of 24 per cent, and that further increases won’t allow Ontario to tackle its giant deficit. Any strike action will now be illegal. The Putting Students First Act (a.k.a. Bill 115) has been criticized for limited bargaining rights. Broten says that “as a sign of good faith,” she will repeal the act now that she has used it.

5. Fake braces are all the rage among young people in Thailand, Indonesia and Malaysia, according to Yahoo. The fake metal-and-rubber mouth accessories cost upwards of $100 and come in designs like Hello Kitty and Mickey Mouse. Thailand has warned teens of the dangers of fake braces. Vice UK reports that fake braces have killed at least two teens. Oh those crazy kids.