Five hidden dangers of being a student

From Pong Flu to the Cinnamon Challenge 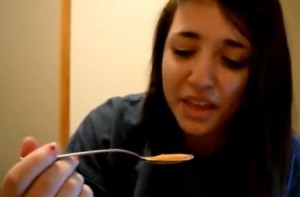 According to a recent Clemson University study, the ping pong balls used in beer pong games are rife with bacteria. That’s not surprising considering they often come into contact with the floor. When they are successfully tossed into cups of beer, players chug the contaminated brews, unaware or dismissive of the offending bacteria. Luckily, the potential danger of the game doesn’t mean you have to stop playing altogether. An alternative that many health-conscious—and germaphobic—students are resorting to involves replacing the beer with water and drinking clean beer instead.

2. Sitting down too long

I just finished a month of papers and exams and it left me sleep-deprived, brain-fried and stressed. But that’s not even the worst part. What I abhor most about finals season are the long periods I spend at the library glued to my seat as if my life depends on it. If you have ever wondered what the outer circle of Dante’s Inferno looks like to a university student, this is probably as close as it gets. Nevertheless, I was still surprised when I found out that, according to a study from the University of Leicester, sitting for long periods of time is related to obesity, diabetes and heart disease, which are some of the leading causes of death in North America.

Ever gotten something from the cafeteria just to drop it as soon as you sat down? I have. This usually happens when I’m starving and the lineup is reminiscent of Best Buy on Black Friday. This is when the five-second rule comes in handy. Just suspend disbelief and pretend your bagel sandwich did not just come into contact with the dirty soles of thousands of shoes. Easy, right? Not so fast. Unfortunately for us devotees, the myth has been dispelled. “Five seconds is way too long to wait,” warns YouTube’s Vsauce host Michael Stevens. “Bacteria adhere to dropped food almost immediately.” Next time you drop your food, you might want to grin and bear it and get back in line.

Your phone is home to a shockingly high amount of bacteria. According to an article in the Wall Street Journal, a random sample shows that there are between 2,700 to 4,200 units of coliform bacteria on an average smartphone. This is unsurprising given that it’s frequently placed on public surfaces. The fact that it’s then pressed up against your ear and next to your mouth constitutes an even greater cause for alarm. Combined, these factors can cause pinkeye, flu or diarrhea. As the H7N9 bird flu sweeps China and threatens to spread, it’s extra important to clean your phone.

The cinnamon challenge, which is taking YouTube and social media sites by storm, is potentially fatal. The challenge involves gulping down a spoonful of cinnamon in 60 seconds. If you think it sounds harmless enough, think again. In a report published in Pediatrics on Monday, cinnamon is said to be “caustic” and swallowing it may cause “choking, throat irritation, breathing trouble and even collapsed lungs.” So far, no participant is known to have died from the challenge, but at least 30 teens in the U.S. were hospitalized or needed medical attention for participating.