A Trudeau beachhead in Yarmouth? 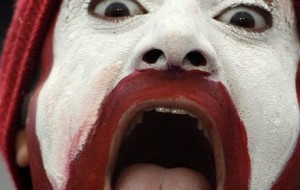 “You can’t change the macro-economic climate of the province, the country or the world, but we can hopefully make positive steps towards our goals.”—Zach Churchill, a Liberal MLA in Yarmouth, N.S. who was re-elected with 82% of the vote

Zach Churchill used to be a screaming maniac at Saint Mary’s Huskies football games. Now, he’s the kind of guy who wins re-election to the Nova Scotia legislature with 82 per cent of the vote. Quite a ride for the former student leader who still counts himself among the under-30 set.

Churchill has always been careful with his words. He lived in Ottawa for a couple of years, and spent plenty of time on Parliament Hill. When he was the national director of the Canadian Alliance of Student Associations and I was a reporter with Canadian University Press, we spoke frequently about tuition, student loans, and whatever else lay within the association’s various lobbying efforts and pre-budget submissions. He wore a lot of suits.

Churchill was always cautious, careful not to misspeak. His counterparts at the Canadian Federation of Students, the larger student lobby, were less guarded. The organizations enjoyed a famous rivalry, though maybe enjoyed is the wrong word, and they fought for the attention of politicians and reporters.

Whatever the merits of Churchill’s approach, his two years as CASA’s national director obviously paid dividends. In 2010, when he was elected in a Yarmouth by-election with over 50 per cent of the vote, Churchill’s portfolios included advanced education and youth. He was 26 years old. Now, he’s 29. Last night, he won 68 per cent more votes than his nearest competitor. Nobody else in his party thumped their opponents so handily. And now, after three years in opposition, Churchill sits on the government benches.

Now, take a look at Twitter. Take a look at Churchill’s profile photo. Spot the name on his sweater. Now, draw your own conclusions about what this all means for Churchill’s federal cousins.