What students are talking about today (February 13th) 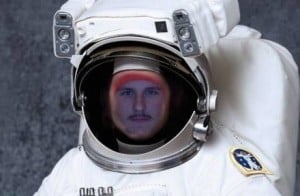 1. The Queen’s Journal at Queen’s University is the latest to report on a very cool competition that promises to reward two Canadians with a ticket on a commercial flight that will blast more than 100 km into space. The Canadian competitors with the most votes on the Axe Apollo Space Academy website will join winners from around the world on a Space Expedition Corporation  expedition sometime after 2014. If the flight doesn’t happen by the2017, winners will get $85,000 instead. Queen’s student Steven Humphries, currently 21st, got support by way of a Tweet from Queen’s president Daniel Woolf.

2. It’s not often that more than 1,000 people show up at a student union meeting but that’s what happened at the University of Toronto Students’ Union’s gathering on Tuesday. They were there to settle the debate over online voting, which has been pushed by reformers. The motion was narrowly approved by a vote of 575 to 567, reports The Varsity. UTSU president Shaun Shepherd and his colleagues are opposed to web voting while several of the college and faculty leaders who backed the motion are frequent critics of the executive. “I’m just so fed up with this school,” Shepherd said. Still, after an emergency meeting of the Elections & Referenda Committee, Shepherd added that “irrespective of whether or not we agree with them, we have to honour them—that’s democracy.”

3. Ryerson University has spent more than $5 million in recent years to cover steep losses by Aramark Canada, the food service conglomerate that runs its cafeterias and catering, reports The Toronto Star. The university’s contract with the U.S.-based company expires in less than four months and Rye has yet to issue a call for tenders, prompting student leaders to demand it not be renewed. I can see why. York University uses Aramark at both of its campuses and does not pay any subsidies. The Ryerson Student’s Union and Ryerson Student Centre have pitched an alternate plan to the university called The Great Food Co-op, but that has already been rejected.

4. There is a new Facebook application that’s getting a lot of attention on campuses, both positive (from those who like hookups) and negative (from Christian groups opposed to casual sex). It has the rude but self-explanatory name “Bang with Friends,” which is reminicient of the more innocent Words with Friends. The application lets users pick potential sexual partners from their lists of Facebook friends and secretly mark the ones they want to… *ahem.* If those friends also use the app and select them in return, both are notified. Three twenty-something guys from California created the application that now has hundreds of thousands of users. The creators explained the app’s popularity to The Albatross this way: “It’s a straightforward way to find out who’s really into you without risking your friendships or liking every post on their wall in the hopes they get the hint.”

5. President Obama made a very well-received State of the Union Address last night but unfortunately what most people will remember is Republican Senator Marco Rubio’s thirst. Maclean’s Emma Teitel offered an assessment of the speech, which included this: “The most surprising moment of the night came not when Obama said the word “gay,” which he’s been doing a lot lately, or even—God forbid—”science”—but when he revealed his plans to rip off the Maclean’s University Guide: “Tonight, I ask Congress to change the Higher Education Act, so that affordability and value are included in determining which colleges receive certain types of federal aid.  And tomorrow, my Administration will release a new “College Scorecard” that parents and students can use to compare schools based on a simple criteria: where you can get the most bang for your educational buck.” Jokes aside, this is an interesting policy idea that Canadians will be watching.