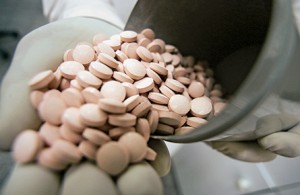 When Toronto family doctor Navindra Persaud was studying medicine at the University of Toronto in 2004, he took a week-long course on how to treat patients suffering from chronic pain. But something was missing from the lessons.

While there was a growing body of evidence about the risks—addiction, overdose, death—related to opioids such as OxyContin, the negative effects were minimized. Instead, students learned about “strong, consistent” research to support prescribing the drugs to patients with chronic pain unrelated to cancer. Persaud says he and his peers left the lectures with an “incomplete and partially inaccurate” picture of how to treat patients.

At the time, he didn’t think there was anything wrong with the classes. Now he knows the lecturer had been previously paid to speak about pain management on behalf of Purdue Pharma LP, the makers of OxyContin. And the free textbook handed out to students? It was published by the drug company, as well. Just three years later, in 2007, Purdue paid more than $600 million, one of the biggest drug settlements in U.S. history, to resolve criminal charges and civil liabilities for misleading health care professionals about OxyContin’s addictive properties.

The repercussions are being felt in medical schools today. That U of T class spawned complaints by Persaud and two doctors and a 2010 inquiry by the university, which cancelled the classes. The case prompted Persaud to review the textbook, lecture notes and slides, culminating in a 2013 study published in the Journal of Medical Ethics. He concluded that the classes misrepresented the landscape of evidence for painkillers. For example, the lecture notes didn’t include citations for any studies demonstrating the risks related to opioids, yet a study linking acetaminophen (Tylenol) to cardiovascular events was referenced.

And in July, a study led by York University in the online medical journal PLoS One ranked Canada’s 17 medical schools on the strength of their 2011 conflict-of-interest guidelines. More than half got a failing grade. Representatives at some schools fired back, saying the research inaccurately depicted their policies. But a movement was born, one in which students and young doctors are demanding clearer boundaries between Big Pharma and medical schools.

Bolstered by the publication last year of British physician Ben Goldacre’s book Bad Pharma: How Drug Companies Mislead Doctors and Harm Patients and the “PharmFree” campaign led by U.S. medical students who advocate for “evidence-based rather than marketing-based prescribing,” physicians like Persaud want to end weak conflict-of-interest guidelines and incidents such as the Purdue case.

“It should be clear to everyone that the pharmaceutical industry is not involved in teaching future doctors,” Persaud said, “so people know, when they go to see their doctors and receive advice, it’s based on evidence and not on what sort of pharma-marketing their doctors might have received in med school.”

Persaud goes so far as to suggest that a biased view of the evidence for painkillers given to med school students may have exacerbated the prescription-opioid problem in Canada, where per capita use ranks among the highest in the world. “Misunderstandings about the evidence for opioids might have contributed to the current problems,” Persaud writes in an email, “such as the hundreds of Canadians who die of accidental opioid overdoses each year.” But similar situations are playing out at other Canadian medical schools.

In September, the University of Western Ontario in London, Ont., confirmed it had received allegations that eye doctors may have been influenced by a pharmaceutical company. Keith Marnoch, Western’s director of media relations, told Maclean’s in an email, “St. Joseph’s [Hospital] and Western take these allegations seriously and have jointly appointed an outside investigator to conduct an investigation into the allegations,” though he would not give specifics.

Persaud says the emphasis in university conflict-of-interest policies is on disclosure, so that doctors who teach medical students can still have drug-company ties as long as they report them.

These can come in the form of speaking contracts for pharmaceutical companies, where doctors are paid to promote new treatments and procedures they may have expertise in, or they can receive money to enrol their patients in clinical trials. This means they could be on pharma’s payroll at the same time they are teaching, raising the worry about imparting biased information to students.

The PLoS One ranking of medical-school policies revealed other oversights. Most schools (70 per cent) had either no policy, or permissive policies, governing faculty meetings with drug-sales representatives. Further, 82 per cent had no policy, or permissive policies, about accepting free drug samples, one of Big Pharma’s most powerful marketing tools. And most schools failed to cover conflict-of-interest in their curricula.

Toronto medical resident Dr. Steve Hawrylyshyn, who graduated from McMaster medical school this year, says he had hardly any formal teaching about such issues. “You go into med school learning about how these pharma companies are big and bad, but I guess one could say conflict-of-interest training is lacking.”

He was surprised to learn how much guidelines varied across the country. The PLoS One ranking showed every school has its own particular set of rules, if any at all, and little is known about the extent to which they are enforced. “There’s definitely room for improvement,” Hawrylyshyn says, “not only in the teaching, but also in transparency.”

So he’s working with medical students and other physicians to see if they can use the data as the basis for an online scorecard. The idea—currently under consideration by the Canadian Federation of Medical Students—is that schools would be graded on the strength of their policies every year. Publishing and continually updating that information might inspire change.

“When it comes to relationships with industry, students pretty universally across the country have really strong opinions,” says Jesse Kancir, the head of the students’ federation. “They want their decisions to be uninfluenced. They want to make the best decisions with their patients.”

Hawrylyshyn hopes his peers launch the scorecard and make it a focal point of their advocacy. Still, he’s a realist: The goal isn’t to separate doctors from pharma. “They are necessary for each other. Doctors can’t do their jobs without drugs.” The real question is how to clarify the boundaries and foster a culture of transparency in every medical school.

In an ideal world, universities would not have to rely on pharmaceutical companies for anything but basic drug information. The reality is more complex. Cutting ties is not practical at a time when universities—and their faculty—increasingly look to industry for support, says Tim Caulfield, the Canada Research Chair in health law and policy at the University of Alberta.

“There is a massive push to commercialize university research,” Caulfield says. He is currently mapping industry pressure on campus, and has so far found it’s coming from “everywhere, from both the federal and provincial government, and from the funding agencies.”

The effects are far-reaching. “The evidence regarding the impact of industry on knowledge production is unequivocal,” he says. “Studies have shown that industry involvement can skew the direction of research, bias results, influence physician behaviour and even impact how it is reported to the general public.”

But public-private partnerships can be a positive force, helping to bring new technology to market, in addition to injecting much-needed funds into universities. “So no one is saying ‘no industry,’ ” Caulfield says. “What is needed are clear rules about how industry can be involved.”

It would be ideal if university professors had no relationship with the drug industry, but it is virtually impossible, says Dr. David McKnight, associate dean of equity and professionalism at the University of Toronto’s faculty of medicine. “Under the federal funding laws, there are a set of grants that can only be obtained if there’s an industrial partner,” he explains.

There are other, more human, impediments: “People everywhere like freebies, so you have to work with that,” he says, noting that his faculty released its first med-school-specific conflict-of-interest policy only this year.

One of pharma’s most subtle marketing practices is to subsidize continuing education. Practising doctors, many of whom teach students, need educational credits every year in order to keep their licences. Sometimes these courses take the form of dinners or conferences sponsored by drug companies.

This creates a murky area for how messages about treatments get delivered, says Dr. Roger Strasser, dean of the Northern Ontario School of Medicine (NOSM). “The individual who is doing the education for the physicians after the dinner is likely to be paid by that drug company and, maybe not consciously but unconsciously, present the material in a way that is favourable to drug companies.”

This is one of the reasons NOSM still hasn’t finalized a conflict-of-interest policy, even though it opened its doors in 2005. When Strasser circulated a first draft, prohibiting industry-sponsored education, “quite a few physicians who are faculty members said, ‘If I can’t have dinner with a drug rep or attend a guest speaker organized by a drug rep, then how am I going to have [continuing medical education]?’ ”

To minimize the trickle-down effects on the students these doctors teach, NOSM is looking at other ways to support continuing medical education so that “funds are disconnected from the content.” Strasser says the school, which got the lowest ranking in the PLoS One study because it did not yet have a policy, expected to institute the guidelines it has been working on for the past eight years by the end of 2013.

For now, Persaud is helping medical students and other doctors shed light on the link between the drug industry and medical schools. It hasn’t been easy. He has faced calls to have his case study retracted and, before it was finally published, another journal pulled the article because of the threat of litigation. “The silence that this fear breeds is a major reason for the slow progress on this issue,” he says.

Despite these pressures, he is compelled to do this work. What doctors learn in medical school can set the tone for how they practise for the rest of their careers, so Persaud hopes other students are never again exposed to a course such as the Purdue-sponsored pain series he attended. His other ambition is to create a national policy that medical schools have to comply with—backed by an organization such as the Association of Faculties of Medicine of Canada—in order to “protect patients more than the current mishmash of institutional policies and guidelines.”

Until then, would-be doctors can learn more about a medical school’s guidelines by referring to the PLoS One ranking and to the conflict-of-interest policy statements on university websites.

Persaud also urges medical students to ask questions about industry involvement. “I wish I had thought more critically about what I was being taught as a medical student, regardless of who was picking up the bill.” He points out it is easy to take money for educational events or research. But, “if we take this money and it harms our credibility, at the end of the day, are we going to think it’s worth it?”