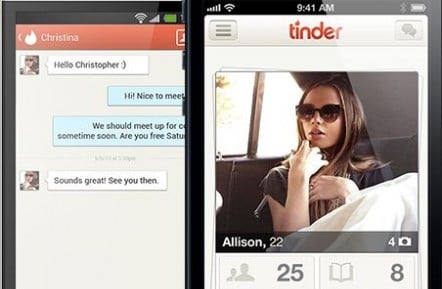 “Hey babe, let’s meet up,” messages Brad after I swipe his hunk of a bod left across my iPhone screen. A few other hidden gems of Kelowna also received leftward swipes today on my new-found app. (Note: It’s absurd how many hicks and hockey players make up the local population.)

“Everyone has it,” insisted my roommate here at the University of British Columbia Okanagan. So, a couple of days ago, I got it too. Tinder is one of the fastest growing dating apps in the U.S and friends from UBC Vancouver to BCIT tell me they’ve had it for months (UBCO always seems a bit behind). It’s essentially Grindr for heterosexuals, with just locations, Facebook profile pictures, ages and first names. No hobbies, music or walks on the beach.

Shallow? Simple? Well, yeah. All users have to do is swipe other users’ pictures left if interested or right if not interested. Users are only notified who chose them after they choose that same person. The two are pronounced a “match” and the option of instant messaging pops up. So, what now? I got a few dirty deets from my fellow single (and a few not-so-single) peers about the smartphone phenomenon. When I asked one classmate if one if she would ever meet matches in person, she told me she’d already had sex with four. Shocking? Maybe a little, but hooking up is the point.

I figured there must be horror stories, as with all online dating. I asked the same girl if she considered Tinder dangerous. She didn’t think so, because it uses Facebook pictures and Snapchat names that are already public. She had never heard of anything going wrong and says nothing will, “as long as you meet up with your Tinder friend in public.” (I am not so sure.)

One girlfriend of mine confessed she downloaded it because she was newly single and “wanted attention.” Another told me that she enjoyed the “compliments.”

Not everyone is a fan. One second-year male student told me he didn’t see the point. One girl responded that she downloaded it to see what the fuss was about but found it “very creepy.”

And with a small school full of Tinder users, awkward encounters do happen. One girl told me she and a friend were talking in class talking about whether to hook up with a guy when they realized he was sitting right in front of them. I’ve already had a couple of awkward Tinder sightings too. One morning, I received a, “hey what are you doing tonight?” I ran out the door for my bus without answering, and, once seated—panting with hair all over my face—saw the guy sitting a row away. “Oh my god, he’s real,” I thought. Blushing, I looked for a sign of recognition. He looked past me.

How long might the craze last? Since I began writing this article, at least of few of my friends have deleted it. While I could see myself opening it again in moment of boredom, for now, I’ll keep it shut. I’d prefer not to be recognized as “that girl on Tinder.”

If you must try Tinder for yourself, here are five suggestions:

2. Keep your pictures tasteful. Showing yourself drunk, in a bikini and arching your back in front of your bedroom mirror is not OK.

3. Use the “mutual friends” capability to be sure the girl you’re booty calling isn’t friends with your ex.

4. Be aware of who’s near. You could unknowingly be Tinder chatting with the girl in front of you, or worse: your TA.

5. Safety first: Do not meet in private with Greg the hockey player in the middle of the night. He could actually be Bob the rapist.

A version of this story originally appeared in The Phoenix student newspaper.