How parental income can kill your student loans

Parents are expected to pay. But what if they can't or won't? 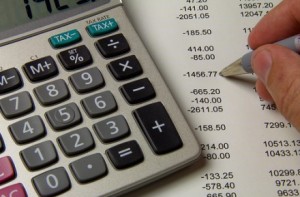 University of New Brunswick student Ben Whitney has a $5,000 hole in his budget this year thanks to the re-introduction of the parental contribution requirement for student loan funding in that province. He was loaned $8,000 last year, before the change. This year, the third-year student got just $3,000 because of what his parents—a middle manager and a secretary—took home last year from work. The 20-year-old’s parents are expected to make-up the difference. It’s money that Whitney says his parents don’t have this year.

But the issue of parental contributions, which he’s taken up with verve, means a lot more to him than sudden penury. “It’s also a matter of principle,” says Whitney. “As an adult, I shouldn’t have to depend on my parents until I’m 22,” he says. “It’s also a matter of pride to have to call my parents and ask, can you send me $20 so I can buy a bottle of shampoo?” he says. But he can’t afford such luxuries otherwise, even with a part-time job.

New Brunswickans aren’t alone. All provinces now deny loan funding to students whose parents make more than a certain amount of money—regardless of individual families’ circustances and regardless of whether parents are willing to fund their adult children’s educations.

In most cases, a parental contribution is expected for four years after a child leaves the family home. That means some middle-class students end up shut out (or nearly shut out) of the loans process, forcing them to work second jobs to make ends meet, while children of families with lower incomes are free to study unimpeded, because they have the security of grants and full loans.

A second job is what it might come to for Whitney, though he would find that hard to manage on top of his double-major and extracurriculars, which already cause him to put in many 12-hour days.

“It’s not like I’m asking for a hand-out,” says Whitney, “I would have paid it back with interest.”

Whitney may indeed have paid it back, but it’s students who haven’t paid their loans back in the past who the province blame for the need to tighten access now. The government says it will lose $1.6-million less annually in defaulted student loans, by requiring parental contributions.

Whitney says he’s lucky that his parents are at least willing to support him—when they can. But what about students whose parents scoff at bankrolling their adult children’s educations?

But more importantly, according to Andrey, OUSA’s own research finds that only 51 per cent of Ontario students report being given money from their parents. How many students in the other 49 per cent aren’t getting loans because of parental contributions they’re not actually getting?

No one really knows, he says.

While Andrey agrees with Whitney that the elimination of the parental contribution is “a worthy long-term goal,” his immediate focus is convincing the provincial government to at least stop expecting more from families than the federal government does. When assessing student aid, the federal government expects 40 per cent of all disposable income to go to students’ educations, in cases where families bring home more than $14,000 above what’s considered a “moderate standard of living.” A moderate standard of living is $62,000, after taxes, for a family of four in Ontario, according to the federal forumla. But the Ontario government expects families like that, who make $76,000 or more, to chip-in 75 per cent of their disposable income. Is that realistic, he asks?

The desire to harmonize the provincial formula with the federal formula is a policy that made the OUSA strange bedfellows with the Progressive Conservatives in the Oct. 6 election. The PCs campaigned on the idea, but lost. Dalton McGuinty’s Liberal party, who won, made no such promise.

To see how much your parents are expected to pay before you can be lent any money, use the CanLearn Calculator. We did that for a fictional family of four, with one child in university full-time, whose parents each make $55,000. Here’s what they’d be expected to give—willing, able or not: