I'm tired of hearing how "privileged" I am 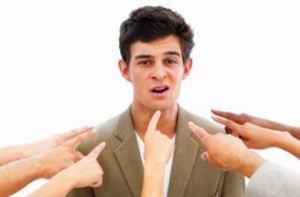 When I was an undergraduate, I was, as we all were back in arts programs in those days, told repeatedly about the notion of “privilege.”

It was explained to me that as a man, and a white man at that, I carried with me an “invisible backpack” filled with resources others did not have. It wasn’t that others had it bad—I had it too good.

It would be nice if this term had faded, as such faddish academic terms often do. These days, sad to say, this troubling notion of privilege is even more entrenched than ever.

The problem I have long had with the notion of “privilege” in this sense is that it suggests that those who are treated justly should feel bad for their lack of abuse or oppression. But this is backwards. The problem with oppression is that the oppressed are being treated unfairly, not that others are being treated decently.

The word privilege implies a special favour or status that one does not necessarily deserve. But the right to compete for a job without being judged by one’s race, the right not to be spurned by one’s neighbours because of one’s race—these things are not privileges – they are rights deserved by all.

At this point, many will want to get into the fine details of the precise meanings of the words in question, but there is no room for that here. Instead, let me move to the bigger problem: the notion of privilege provides a much too convenient way to silence or disregard those whose views one doesn’t want to deal with or recognize.

I was reminded of this problem—and that it’s not just mine—when I read about a recent study conducted by Sandra Miles. Miles noted that some white, male academics found that they were belittled for their achievements (everything’s easy for you because you’re white) or shut out of discussions (you’re a man, so you don’t get it). Said one grad student quoted in the report:

I couldn’t even begin to have that conversation because it was automatically assumed I didn’t understand… To go through that experience in a higher education class—which is supposed to be the safest place to talk about that—was just terrifying.

I frequently encounter the same kinds of attitudes. If I raise questions about abortion, I’m told to shut up since I don’t have a uterus. When I recently wrote about female academics and children, plenty of people got mad—which was fine—but many of them simply dismissed my view as coming from a “privileged” male academic.

But that’s not how thoughtful discussion should work. Among any community of intelligent minds, it is not enough to say, “well, you are x and x’s are privileged so your position is not one worth attending to.” If my supposed privilege has led me to an unreasonable conclusion—and maybe it has—you still need to show me why that conclusion is unreasonable.

Let me be perfectly clear: I neither condone nor deny the existence of racism, sexism, and other forms of prejudice and subjugation. I simply deny the corollary position that says all those not systematically mistreated are necessarily privileged.

And, no, I don’t think that white men are oppressed or kept down by a politically correct conspiracy. But “privilege” has ceased to be a way to make us think about social power and has become a facile excuse for those unwilling to engage with contrary views.

We all deserve to be treated with a reasonable amount of dignity and to be treated fairly and equitably. And we have to talk about how to make that happen. But let’s agree that we all have something to contribute to the conversation.