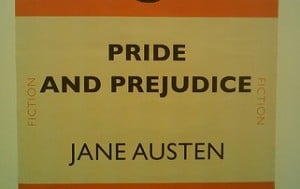 Every once in a while someone asks me what I think about a certain novel or play and I remark that I haven’t read it. And they seem shocked. Or disappointed. I’m an English professor, after all. How could I not have read that book?

Sometimes I try to explain that while I have not read Great Expectations, I have read David Copperfield, and Bleak House, and A Tale of Two Cities, and Oliver Twist, and A Christmas Carol. Can we talk about those? And then I make a mental note to try not to admit to not having read anything ever again.

It’s hard for academics to admit to not knowing things because knowledge is our trade.  Carpenters frame walls, plumbers connect pipes, professors know everything about their respective fields. Except, of course, that they don’t. And can’t. There are always things we ought to know, or that people assume we ought to know, but never got around to. You can, of course, steer the conversation away from such lacunae, or, more shamefully, pretend to know things you don’t. When I was a graduate student, I gave a conference paper about Arthur Miller’s autobiography. Unfortunately for me, the room was filled with Miller experts and one of them asked me about how the issues I dealt with in my paper were handled in After the Fall, a play I had not read. I panicked for a moment and then stammered something about not having considered that angle until the moderator stepped in and saved me.  Still, not having read everything that Arthur Miller ever wrote is far from my worst secret. I have one that is much worse.

I have never read a Jane Austen novel.

It’s not for lack of trying. I made a real effort in first year with Pride and Prejudice, but I found it insufferable. I tried again a few years later with the same result. Last year I had a spirited conversation with a colleague who convinced me to have a go at, I think, Northanger Abbey, but it, like Pride and Prejudice, had the paradoxical effect of making me anxious and sleepy at the same time. Austen is witty without being funny, like Oscar Wilde’s inane big sister, and I just can’t stand it.

Thankfully, I’m not the only one who feels this way. Though he might have been kidding some of the time, Mark Twain liked to take shots at Austen. “Any library is a good library that does not contain a volume by Jane Austen,” Twain wrote, and he once expressed a gruesome fantasy about digging her up and giving her a good beating. I know the feeling.

The worst part is that this summer I asked my students to write about how a notable work of literature has been adapted to film. There were only four students in the class, so I pretty much let them choose whatever book and film they wanted, provided I would be able to get my hands on both. You can probably guess where this is going.

The first essay is on Pride and Prejudice. So now I have to read it. I’m not that shameless.